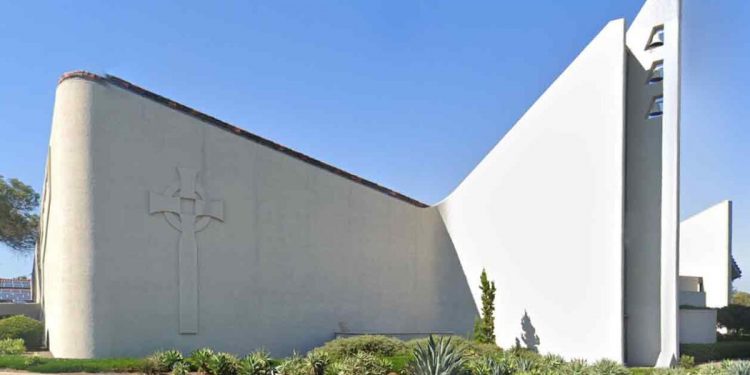 A gunman who opened fire inside a Southern California church on Sunday, killing one person and critically wounding four others, was overpowered by congregants who then hogtied him, preventing further bloodshed, the authorities said.

The shooting occurred at 1:26 p.m. inside the Geneva Presbyterian Church in Laguna Woods, Calif., about 50 miles southeast of Los Angeles in a community largely made up of retirees and one that has a well-established Asian community.

Most of the victims were Taiwanese, though officials were still investigating if they had been targeted, said Carrie Braun, a spokeswoman for the Orange County Sheriff’s Department. A motive for the shooting was not immediately clear.

Four of the victims were in critical condition, she said, and another victim was being treated for minor injuries. The person who was killed was found inside the church by the authorities, she said. Further details on the conditions of those hospitalized were not immediately available.

The gunman, an Asian man in his 60s, fired inside the church while the members ate lunch after a morning service, Undersheriff Jeff Hallock of the Orange County Sheriff’s Department said at a news conference.

A group of churchgoers overpowered the gunman, hogtied him with an extension cord and confiscated two weapons, he said.

“That group of churchgoers displayed what we believe is exceptional heroism and bravery in interfering, in intervening, to stop the suspect,” Undersheriff Hallock said. “They undoubtedly prevented additional injuries and fatalities.”

Undersheriff Hallock added that investigators do not believe the gunman lives in the city of Laguna Woods, which was incorporated in 1999.

The authorities are interviewing more than 30 people who were inside the church during the shooting. The Bureau of Alcohol, Tobacco, Firearms and Explosives said on Twitter that it was helping with the investigation.

“No one recognizes the shooter,” Mr. Lee said, adding that when a receptionist asked the gunman who he was, “he said he was here before.”

Mr. Lee said that the person who subdued the gunman was a pastor who led the services on Sunday.

That pastor, who was not injured, had “subdued the shooter before he loaded another round of bullets,” he said. “Thank God,” he added.

Cynthia Conners, the mayor pro tem in Laguna Woods, said that she has been a member of the church since 2006 and had attended services on Sunday morning. Ms. Conners, who left the church at about noon, said that the Taiwanese congregation shares the church space.

The church is in a peaceful retirement community in a safe neighborhood, said Charlotte Hsieh, the organist for the church. “I could not even imagine something like this could happen here,” she said. “I’m just as shocked as anybody.”

Lisa Bartlett, an Orange County supervisor, said at the news conference that “today is a very dark day.”

She noted that the church shooting had come just a day after “the tragic and hate-filled actions that led to the senseless deaths” in Buffalo, where almost all of the 10 people who were shot and killed were Black.

Representative Katie Porter, the Democratic member of Congress who represents Orange County, described the news as disturbing, especially given the shooting in Buffalo. “This should not be our new normal,” she said.