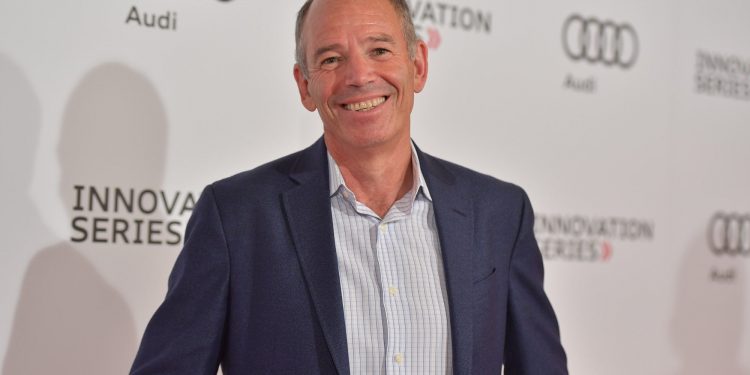 If you are old enough to remember the days of going to Blockbuster to find a new movie or watch an old favorite for the 100th time, you might have thought “Those were the good old days.” In reality, they were, but things dramatically changed when Netflix came onto the scene.

On August 29, 1997, Netflix was started by Reed Hastings and Marc Randolph as an online DVD rental service, but it has now become the world’s largest online streaming platform.

What can we learn from Netflix founder Mark Randolph? Thanks to savvy business decisions by Randolph and his co-founder, Netflix is now worth billions of dollars. So, let’s explore Randolph and the 10 best business lessons we can learn from his journey to success.

1. Staying ahead of new competitors

While Netflix was the first of its kind, competitors have flooded the market over the years. Amazon, Disney, TV networks and many more companies offer successful streaming networks. In addition, Netflix’s business model continues to change with the times. It started as a DVD rental company, then offered viewers subscription services, and by 2007, it was rebranded into an online streaming service.

Related: The Crazy Numbers Behind Netflix’s 20 Years of Success

Trends change all the time, and to stay relevant, companies need to stay on top of their game. Randolph and Netflix started the concept of “binge-watching,” so their audience didn’t have to wait each week to see their favorite show.

You need to become a disruptor and make the competition uncomfortable if you want to succeed. For example, Randolph knew that they could disrupt Blockbuster’s business by ditching videos and going straight to DVD rentals.

“But the biggest reason we had confidence in our future is that we planned to disrupt their business by doing something they couldn’t do – or at least would be unwilling to do.”

Related: Netflix Co-Founder: Here’s How to Become a Disruptor

Randolph saw an opportunity to expand their business from not only providing subscription streaming services but also by offering exclusivity of in-house productions. As a result, the company created hit shows such as Orange Is the New Black, The Umbrella Academy and Youwhich can only be found on Netflix.

The streaming portal was designed to personalize the user’s experience. It tracks the consumer’s behavior, recommends movies and shows according to their search and watch history and saves the user’s progress to improve their experience the next time they use the platform.

Randolph and Hastings offered consumers a monthly flat-rate fee to watch unlimited DVDs to compete further with Blockbuster. Their stance on the flat-rate model has remained the same since it was introduced in 1997, except it is now a subscription-based service. While prices have increased over the years, consumers are still well aware of and committed to Netflix’s quality shows and binge-watching opportunities.

Another incredible way Randolph and his team took Netflix to new heights was by going global. They didn’t just offer Netflix to the global market. Instead, they researched each country’s regulations, technical requirements, politics, culture and consumer preferences to ensure the launch’s success. As a result, Netflix can now be streamed in 190 countries worldwide.

In 2013, Netflix released its first critically acclaimed original show, House of Cards. But why did it choose this show to spend millions on creating? Netflix already knew what the consumer wanted through data collected from the market. Initially, it used a simple rating system followed by studying consumer preferences to ensure they got it right.

9. Changing to the times

Randolph and Hastings saw a huge opportunity in the increasing popularity of smart TVs, so they integrated themselves on LCD TVs to expand the audience’s accessibility to the platform. As a result, families across the United States used Netflix as their primary source of television entertainment. Netflix knew how to time its streaming site according to the current economic climate. When it shifted to streaming in 2007 and 2008, the country was experiencing a recession, and Netflix provided affordable home entertainment.

Netflix started in a market that didn’t even know it needed a change. Randolph and Hastings developed Netflix to make DVD rentals convenient for consumers with no extra fees. Consumers didn’t have to go to video rental shops, home entertainment was simplified and they completely changed the game. Netflix has continuously adjusted its business model to stay ahead of the game and set trends.