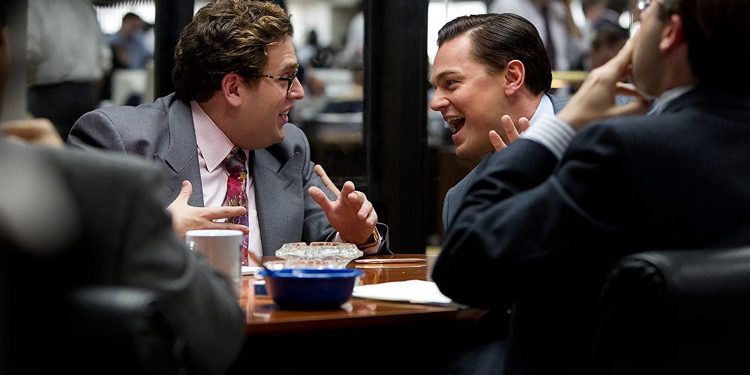 Movies can be a great source of inspiration and entertainment, and a fun way to expand your knowledge base.

If you’re familiar with Amazon, you probably already know that the online shopping platform has a video streaming service. It makes thousands of video titles available for free to its Amazon Prime members, and you can also rent or buy many other new and classic films. But there’s so much to choose from that it can be a bit overwhelming.

Related: 10 TV Shows Every Entrepreneur Should Watch on Netflix

The films listed below offer important lessons on a variety of topics relevant to entrepreneurs. To help you get the most out of your movie-watching experience, I’ve sorted these films under key topics and categorized them as being available to rent through Amazon, or available to watch for free through Amazon Prime.

These 10 movies go beyond entertainment: They set high standards and showcase the skills and drive you’ll need to be a success, as well as warn against greed and corruption.

From corrupt stockbrokers to astute hedge fund managers, these movies capture some of Wall Street’s most intriguing true stories.

This hit movie tells a wild, over-the-top tale that happens to be based on a true story. The plot revolves around scam-artist stockbroker Jordan Belfort (played by Leonardo DiCaprio), who takes an entry level job at a Wall Street brokerage firm.

What to watch for: Belfort was a great entrepreneur who successfully built something out of nothing, but unfortunately his company was riddled with corruption and deceit. This story offers entrepreneurs important lessons, not the least of which is: Don’t be a crook.

2. The Big Short – watch for free through Amazon Prime

The Big Short tells the story of a group of Wall Street fund managers and investors who were able to see the looming housing market crisis long before it began to implode in 2007 and 2008. The movie chronicles the work of hedge fund manager Michael Burry (played by Christian Bale), who discovers that financial institutions are bundling risky subprime mortgages into “AAA-rated” prime mortgage−backed securities that were sold to investors. He realizes the U.S. housing market is perched atop a huge asset bubble that is about to burst.

What to watch for: Burry creates a credit default swap that allows him to short, or bet against, those bonds, making his investors a bundle of money when the housing market tanks. The biggest lesson here is that while everyone else scoffed at him because they believed the market was unbreakable, Burry stuck to his guns and his strategy paid off.

Walt Disney was a pioneer in animation and in the entertainment industry. These movies take a deeper look at his backstory and the creative process he used to create his iconic characters.

This movie tells the story behind Walt Disney’s quest to obtain the rights to P.L. Travers’ novel Mary Poppins. Despite Disney’s best efforts, Travers rebuffs every offer he makes because she fears Disney’s version of her story won’t be true to the characters she has created. She criticizes every step in the process to adapt the book into a movie script, nearly upending the project.

What to watch for: The delicate way Disney handles this situation. He could have easily let the project sink or tried to pressure Travers to comply. Instead, he seeks to better understand her concerns and hear her out. He eventually finds a way to win her over, and his tenacity results in a movie that won universal acclaim and audience adoration for generations to come.

4. Walt Before Mickeand – available for free through Amazon Prime

While you have likely heard about Walt Disney’s many accomplishments, you may not be familiar with the many difficulties he faced on the way to success. Walt Before Mickey depicts a number of failures Disney had to overcome as he doggedly built a career for himself in animated films. This is the story of Disney’s early years. Before he created Mickey Mouse, Disney created another famous animated character, Oswald Rabbit. But Disney didn’t own the copyright to that character, and he had to let Oswald go.

What to watch for: Owning your work is one of the many lessons he learned on the bumpy road to success — and a good one for entrepreneurs to take away from this film. By the time Walt created Mickey, he was on his fourth animation company and it is the one that stuck: Walt Disney Studios.

Throughout history, businesses have feuded for a variety of reasons. Sometimes these conflicts become epic and can drive businesses to the brink — or propel them to new heights.

What to watch for: Consider how Ferrari executives don’t take Ford seriously as a competitor, and the impact that has. The movie also shows how Ford’s project passes through numerous middle managers, which likely reduces the overall efficiency of their operations.

The movie depicts the story behind two of the world’s most renowned shoe companies, which stems from a vicious family feud that not only pitted two brothers against one another but also divided the inhabitants of their small hometown in Germany. Note: this is a German-language film with English subtitles.

What to watch for: The rivalry between these two brands went far beyond corporate competition, but it also undoubtedly pushed both companies to excel. The movie shows how different business approaches resulted in the development of two of the most powerful sports brands in the world. It ultimately begs the question: If it weren’t for this family rivalry, would these companies be where they are today?

The story behind the world’s largest fast-food chain

There’s no doubt that McDonald’s is the largest fast-food chain in the world and has revolutionized our eating habits — for better or for worse. The origin story behind McDonald’s offers great insights into how innovation is born when people are willing to think outside the box to solve customer problems.

The McDonald’s empire we know today exists largely because of a man whose last name is not McDonald. In 1948, the McDonald brothers debuted a revolutionary kitchen assembly line during a time when drive-ins were still king. Enter Ray Kroc, who delivered several milkshake mixers to the McDonald brothers in 1954. Kroc was in awe of what they had created, and he had a vision for how he could take their “golden arches” from coast to coast. Kroc eventually bought the business — and the rights to the McDonald’s name. Today the company is worth more than $100 billion, and Kroc is considered its founder.

What to watch for: Not only does the movie show how important it is to never give up; it also throws light on other aspects of business, such as the importance of having a good team, and why it’s crucial to have all legalities in place.

8. The Real Founder – watch for free through Amazon prime

The Real Founder features an interview with Dick McDonald, who, along with his brother Maurice, started the McDonald’s restaurant chain. Dick McDonald offers his side of the story, describing how they opened a drive-in restaurant in Southern California, which became one of the most popular in town.

What to watch for: If you’ve seen The Founderthis documentary will give you a different perspective. The Real Founder offers the backstory on how the McDonald brothers came up with their own innovations to speed up food service, and even began franchising the restaurant long before Ray Kroc was part of the story.

Stories of women inventors who succeeded and failed

The key elements of success often come down to having drive, ambition and talent; however, as these movies show, you need to back that up with a solid product that performs as advertised.

This movie captures the challenges of a woman entrepreneur and has a wonderful message for all women looking to build a successful company. Joy is based on the life of Joy Mangano, a self-made millionaire who created a business empire.

What to watch for: This movie is about beating all odds and breaking the glass ceiling. But the best lesson here is that if you want to build a big, successful company, you need to get ready to go to war every day, rain or shine. Success means being willing to fight a multi-front battle.

This documentary follows the story of Elizabeth Holmes, founder of Theranos, a blood-testing startup business. She led the public to believe that her device, the Edison, could perform dozens of blood tests with just a single finger prick. She was later criminally charged because it was all a lie.

What to watch for: Holmes was gifted at creating a narrative that pulled people in and made them want to believe her. Entrepreneurs can learn from the way she masterfully drew investors to back her. But she also refused to listen to anyone who questioned her practices. Successful entrepreneurs listen to feedback and encourage open and thoughtful dialogue.

Related: 10 Movies All Entrepreneurs Should Watch on Hulu

Garmin’s super-smart new watch is built for pilots, but runners should check it out too