10 Safest Cryptocurrencies to Invest in 2022 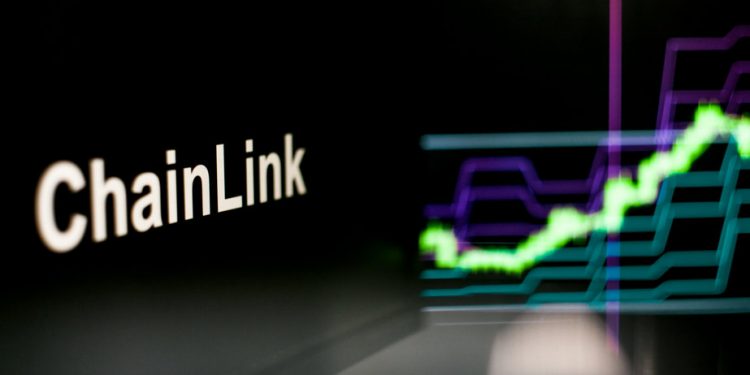 
Cryptocurrencies are becoming popular among both retail and institutional investors. There are now thousands of coins that are valued at over $2 trillion. In this article, we will look at ten of the safest cryptocurrencies to buy. The idea is to look at those that have staying power in the coming years to determine the safest crypto to invest in!

Chainlink is a leading blockchain project that helps other developers to integrate off-chain data with the on-chain ecosystem. For example, a decentralized finance (DeFi) developer can bring data on cryptocurrencies to their platforms. It is also possible to bring data on weather and sports in the industry.

Today, Chainlink is widely used by most developers like AAVE, Anchor Protocol, and Uniswap. According to DeFi Llama, it has a total value secured (TVS) of over $60 billion. LINK, its native coin has a market cap of over $7.6 billion.

Chainlink is a safe cryptocurrency because of its special role in the industry and its substantial market share in the sector.

Learn how to buy Chainlink with our in-depth guide or invest with our recommended platform below.

Ethereum is one of the safest cryptocurrencies to invest in. It is a layer 1 network that has created a platform where developers can build and optimize their networks. While Ethereum is facing a lot of competition, its market share in all sub-sectors like gaming, non-fungible tokens (NFT), and DeFi have been strong.

Ethereum is expected to gain more market share in the coming years as it completes its transition to a proof-of-stake network. The developers are also implementing sharding technology that will make it faster and lower its transaction costs. All these make Ethereum a good cryptocurrency to invest in.

Learn how to buy Ethereum with our in-depth guide or invest with our recommended platform below.

Terra is a giant in the blockchain industry. Terra is another platform that enables developers to build dApps. Some of the biggest apps built in the ecosystem are Anchor Protocol, Lido, and Astroport. According to DeFi Llama, all DeFi apps built-in Terra have a total value locked (TVL) of over $25 billion.

Terra is also known for its algorithmic stablecoins such as Terra USD, which has a market cap of over $16.7 billion. Lido, which is built-in Terra also has Lido Staked Ether, which is valued at over $10 billion. Therefore, there is a likelihood that LUNA prices will keep rising in the coming years.

Learn how to buy Terra with our in-depth guide or invest with our recommended platform below.

Cosmos is another popular safe cryptocurrency. It is a leading platform that helps to improve the communication of various digital currencies. It achieves this through Inter-Blockchain Communication (IBC) protocol. According to its website, it now has over 262 cryptocurrencies with over $170 billion in assets.

Cosmos also has an SDK that hosts some of the most popular platforms like Terra, ThorChain, and Osmosis, Therefore, as the ecosystem grows, there is a likelihood that the ATOM token will keep rising.

The Graph is a blockchain project that provides developers with APIs that help them index their networks. Developers can submit these subgraphs at any time. As a result, The Graph is often seen by Google in the industry. It has been embraced by most developers such as Audius, UMA, LivePeer, Synthetix, and Curve Finance, among others.

The Graph is a safe cryptocurrency because of how widely used it is and the fact that it has minimal competition in the industry. GRT, its native token, is valued at over $2.8 billion.

Avalanche is a smart contract platform that offers a better development platform than Ethereum. It is well-known for its blazingly fast transaction speeds and low costs. In a short period of time, Avalanche has attracted hundreds of developers from around the world.

Some of the projects built on the platform are AAVE, Trader Joe, BENQI, and Stargate. In total, it has a total value locked (TVL) of over $10 billion. This makes it the fourth-biggest platform in the industry after Ethereum, Terra, and BNB. Therefore, there is a possibility that Avalanche price will keep rising in the coming years.

Cronos is one of the safest cryptocurrencies to invest in. It was formerly known as Crypto.com Coin. As the name suggests, Cronos was started by Crypto.com, one of the biggest exchanges in the world.

Cronos’ mainnet was launched in 2022 and has seen a strong performance. Its DeFi ecosystem has a TVL of over $4 billion, making it the 9th biggest platform in the industry. Some of the top apps built using Cronos are MM Finance, VVS Finance, MM Optimizer, and Tectonic among others.

Therefore, because of its strong adoption, there is a likelihood that the CRO price will continue doing well in the coming years.

Basic Attention Token (BAT) is the native token for Brave browser, a leading web 3.0 platform. The token is used to pay Brave users for interacting with its adverts. These users can also decide to contribute their earnings to publishers they love. Some of the top publishers in the ecosystem are firms like New York Times and TechCrunch. Brave has over 50 million users globally.

BAT is a safe cryptocurrency to invest in because of the growing popularity of Brave and the fact that the company will keep attracting new advertisers as the number of users increase.

Sandbox is a leading metaverse platform in the blockchain. The platform has a number of useful features. For example, users can buy virtual plots in the ecosystem. They can also buy other forms of non-fungible tokens (NFT) on the platform.

Further, Sandbox regularly hosts events where users are rewarded using the BAT token. Therefore, because it is in a pole position, there is a possibility that the SAND token will keep rising in the coming years.

Solana is another Ethereum-killer that hopes to dominate the industry. It is a well-funded platform that has faster speeds and lower costs. As a result, it has been embraced by many developers. Some of the projects in its ecosystem are Serum, Marinade Finance, Solend, and Raydium. In total, these apps have a total value locked of over $7.6 billion. Solana is a safe cryptocurrency because of its growing ecosystem.