11 governors ask to take 22,000 Afghan refugees as Pentagon reveals where they will go first 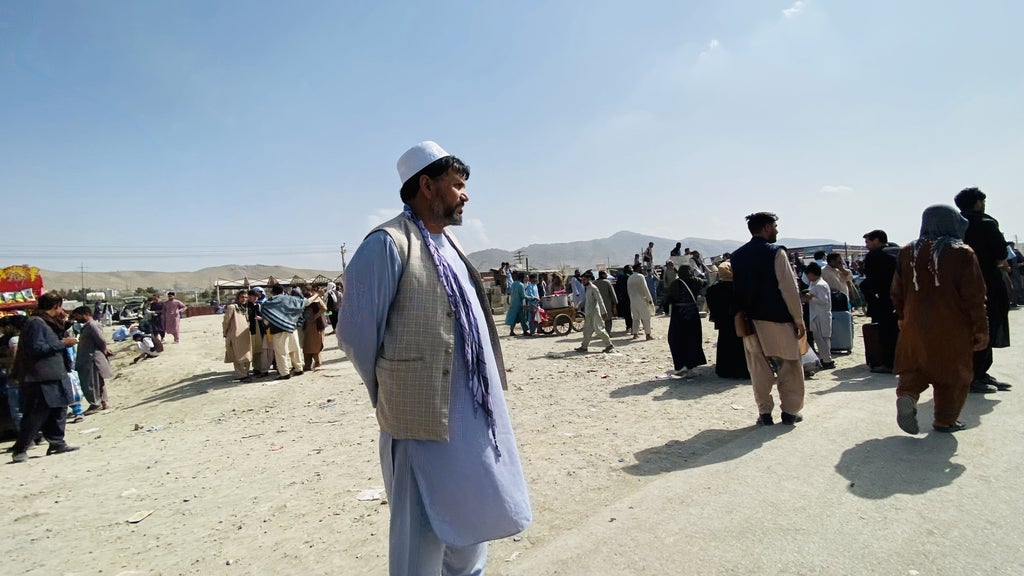 The US government said it will settle 22,000 refugees seeking asylum after fleeing from Afghanistan, with 11 state governors announcing plans to take the refugees, but questions remain about the efficacy of the resettlement process.

The Pentagon announced on Monday that it would “create additional capacity to support refugee relocation in the US.”

The first destination for the refugees would be temporary sites under assessment at Fort Bliss, Texas, and Camp McCoy, Wisconsin, Department of Defense official Gary Reed said at a press conference, adding that other sites will be designated if the need to do so emerges.

Governors of 11 states – six of whom are Republican and five Democrat – have since said they would be willing to take in the refugees.

Governor Spencer Cox, Utah’s Republican governor, has expressed enthusiasm in opening up the state for the refugees, citing “a long history of welcoming refugees from around the world”.

“Our state was settled by refugees fleeing religious persecution 170 years ago. Their descendants have a deep understanding of the danger and pain caused by forced migration and appreciate the wonderful contributions of refugees in our communities,” he said in a statement posted on Twitter.

Similarly, Maryland’s Republican governor Larry Hogan said in a video statement on Monday that the state would welcome 180 Afghan visa holders and “stand[s] ready and willing to do even more.”

California’s Democratic governor Gavin Newsom has said he was “proud” of the state already being home to a number of Afghan refugees and immigrants.

Governors from Massachusetts, Georgia, South Carolina, Iowa, Virginia, Wisconsin, Kansas and Colorado have also said they will be willing to take in refugees.

Questions remain, however, on how fast and how many refugees will actually be resettled, once the applications for asylum will be accepted by the US, apart from political considerations.

Thousands of Afghans have applied for Special Immigration Visas (SIVs) to allow for their resettlement, with 2,000 such recipients and applicants from Afghanistan being flown to the US since July, said a Reuters report.

One US official, on the condition of anonymity, told Reuters that “too many things have to go 100 per cent correctly” to execute the plan of moving out SIV holders.

The 22,000 benchmark will be tough to reach because the Taliban has taken over control of the Afghan capital Kabul.

“It’s a nice goal to have, but realistically it’s going to be a challenge,” the official said.

The official also pointed out that the Pentagon aims to fly 5,000-9,000 people per day once there are 6,000 US troops on the ground in Kabul, a number president Joe Biden had announced would be dispatched to facilitate the evacuation process.

Four thousand of these troops have already reached Kabul, but there is still chaos on the ground. Another point of consideration will be how the asylum seekers will get past Taliban checkpoints to reach the airport. And those not already not in Kabul itself will face a difficult task reaching the city in the first place.

Thousands of asylum seekers have already been camping at the Kabul airport for days since it became clear that the Taliban is set to govern the country.

The US has set an evacuation deadline of 31 August, but this will likely also be extended “if there’s American citizens left”, said Mr Biden on Wednesday.

Another issue has been the US intake of refugees from across the world. The country took in fewer than 10,000 this year, the lowest level since 1975, reported Business Insider.

Fewer than 500 refugees from Afghanistan have been accepted in 2021. This was partly because the administration of former president Donald Trump had tightened restrictions on refugee intake.

It is expected that a number of state governors would be reluctant to accept more refugees on the basis that it might anger a conservative voting base.

Texas’s Republican governor Gregg Abbott, for instance, told the US State Department in early 2020 that the state would not participate in the federal refugee resettlement programme in future, after the then-Trump administration said governors could opt out.