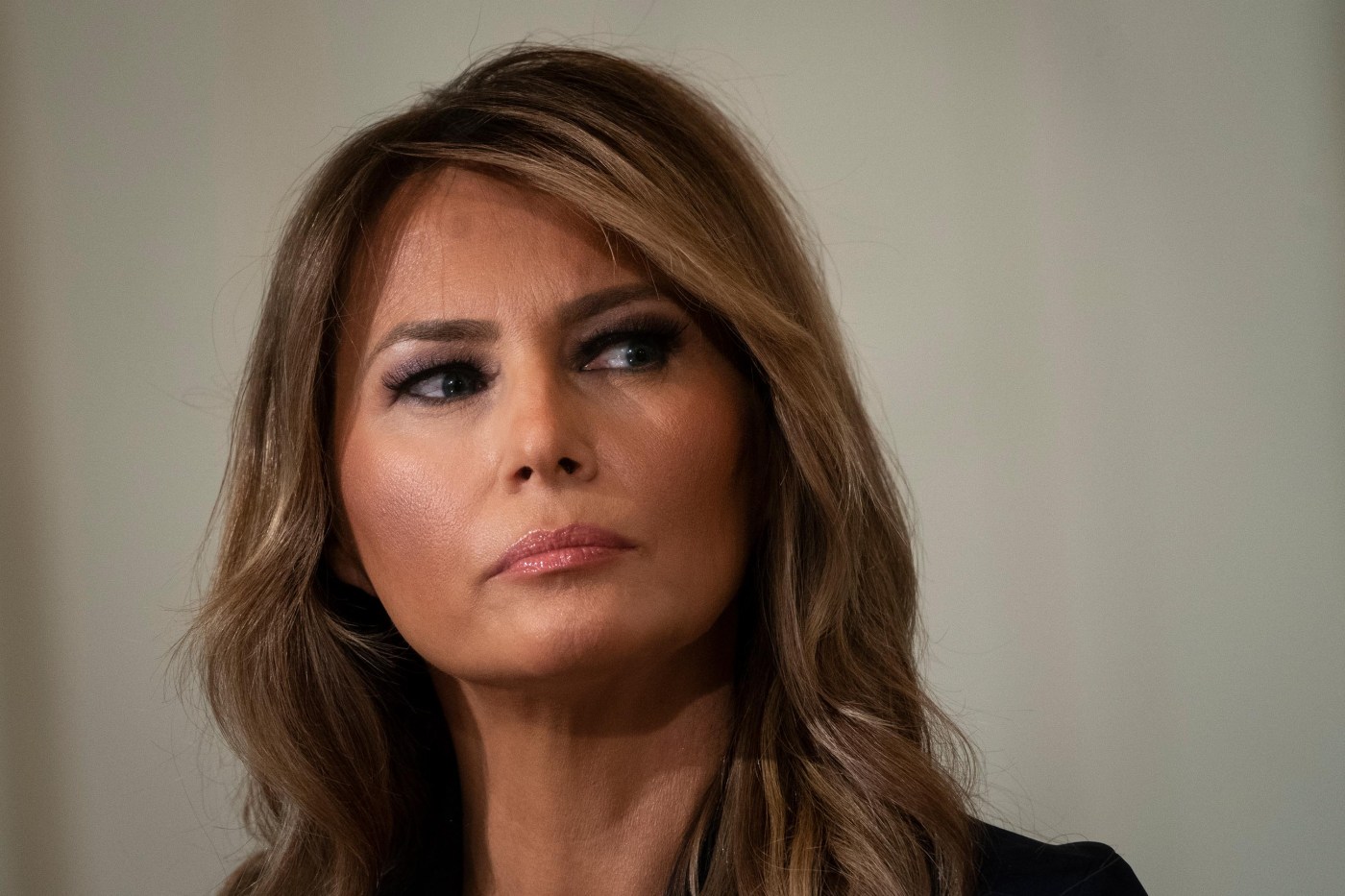 As first lady of the United States, Melania Trump could be self-involved, self-conscious about her Slovenian accent and sometimes vindictive, but largely “checked out” by the end of her husband’s administration, according to an unflattering portrait of her in a new book by Stephanie Grisham, her former chief of staff and communications director.

The Secret Service nicknamed President Donald Trump’s wife “Rapunzel” because she rarely left “her tower, a.k.a the White House residence,” according to a Washington Post report about Grisham’s tell-all book, “I’ll Take Your Questions Now.” During the COVID-19 pandemic, the former model also spent much of her time in the residence working on her photo albums, Grisham said.

“If she wasn’t spending time with her son, Barron, or her parents, she was working on her photo albums, which Grisham calls one of ‘her two children,’” The Washington Post reported. “Deep into the pandemic, she spent two hours recreating the ribbon-cutting for the White House tennis pavilion because she hadn’t gotten the right shot weeks earlier. She was working on a photo shoot of a rug during the Capitol riot.”

More than two years before the Jan. 6 insurrection, Melania Trump committed what was probably her most controversial act as first lady — wearing a jacket reading, “I Really Don’t Care, Do U?” while traveling to visit migrant children at the Texas-Mexico border.

In an entire chapter devoted to the saga, Grisham wrote that Melania Trump was upset by her husband’s family separation policy in June 2018 and wanted to see for herself how it was affecting children at the border. “For reasons that still remain a mystery, she’d ordered the $39 Zara jacket online,” the Washington Post said, citing Grisham’s book.

Grisham claims she was busy on the phone, finalizing details of the trip, and missed the chance to stop Melania Trump from wearing the jacket. As photos of the first lady in the jacket went viral, Grisham and the first lady went into damage control on the plane ride back, but as they arrived at the White House, they received word that Trump had summoned his wife to the Oval Office, the first time he had ever done so in front of the staff.

Trump was yelling, asking “What the [expletive] they thought they were doing,” Grisham wrote. But then he came up with the damage-control strategy. He would tweet out that the jacket was a message to the “Fake News Media.”

Grisham’s book portrays a White House constantly riven by crises due to incompetence and dishonesty.

“Casual dishonesty filtered through the White House as if it were in the air conditioning system,” Grisham writes, according to the Washington Post.

Grisham was one of Trump’s most senior and longest-serving Trump advisers. She also became notorious as his press secretary because she held no press conferences. She  resigned during the Jan. 6 Capitol riot, apparently out of frustration that the first lady refused to issue any kind of message urging rioters to stop the violence.

Melania Trump, through a statement issued by her office, has blasted Grisham’s book.

“The intent behind this book is obvious,” the statement reads. “It is an attempt to redeem herself after a poor performance as press secretary, failed personal relationships, and unprofessional behavior in the White House. Through mistruth and betrayal, she seeks to gain relevance and money at the expense of Mrs. Trump.”

Grisham’s portrait of Melania Trump aligns with the independent, stubborn, self-involved woman described in other books and news accounts.

CNN White House correspondent Kate Bennett reported in January that Melania Trump hadn’t “done anything of significance as the weeks of her tenure come to a closed.”

“The only thing Melania Trump has done, besides pack the White House, is work on photo albums of her time as first lady and oversee photo shoots of a rug and decorative items,” wrote Bennett, who also penned a biography of the first lady.

In her book, “Melania and Me: The Rise and Fall of My Friendship with the First Lady,” her former close friend, Stephanie Winston Wolkoff, similarly described Melania Trump as being mostly concerned about creating a glamorous image of being “mysterious” and self-assured.

“Her selfishness is so deep, it enables her to keep her distance from the rest of the world,” Wolkoff wrote. “The secret to her happiness is to be authentically and unapologetically skin-deep.”

Meanwhile, Grisham’s book shares these other revelations about the former first lady, according to the Washington Post.

— Melania Trump believed in self-care so much that she’d change into a robe and slippers almost immediately upon boarding Air Force One.

— At the same time, Melania Trump didn’t appear to be personally devastated by revelations that her husband had allegedly cheated on her in the months after she gave birth to their son, Barron, in 2006. The scandal “didn’t unleash … an emotional reaction,” according to Grisham. Instead, the first lady essentially shrugged off what the revelations could mean to her marriage. “This is Donald’s problem,” Grisham quotes Melania Trump as saying. “He got himself into this mess. He can fix it by himself.”

—  The president, however, was so aggrieved by one of Daniels’ claims about his sexual prowess that he personally called Grisham from Air Force One to assure her that his penis “was not small or toadstool-shaped,” the Washington Post said.

— Melania Trump suggested that she agreed with her husband’s belief that the 2020 election was illegitimate, saying “something bad happened,” according to Grisham.

— She also went along with her husband’s plan to snub incoming first lady Jill Biden, rather than invite her over to the traditional first ladies tea welcoming her to the White House.

Instagram for kids paused over fears of mental health harm

Instagram for kids paused over fears of mental health harm