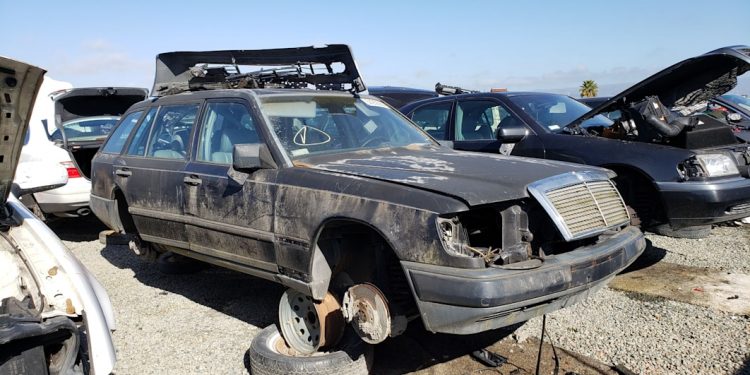 
The most-produced and arguably the most legendary Mercedes-Benz car of all time was the W123 proto-E-Class, with nearly three million manufactured during its 1976-1986 production run and many examples attaining spectacular odometer numbers. Naturally, the W123 could be purchased in wagon form, and these longroofs are worshiped by an adoring cult of Stuttgart aficionados. How could Daimler-Benz have followed that act? By building a sleeker, quieter, safer, and generally more advanced E-Class, of course: the W124. The first Mercedes-Benz to get the official E-Class designation (quite a while after its introduction for the 1985 model year), the W124 stayed in production until 1997. The wagon versions remain much-sought-after a quarter-century later and are thus tough to find in car graveyards, but I managed to locate this used-up example with just over 225,000 miles in a San Francisco Bay Area yard. 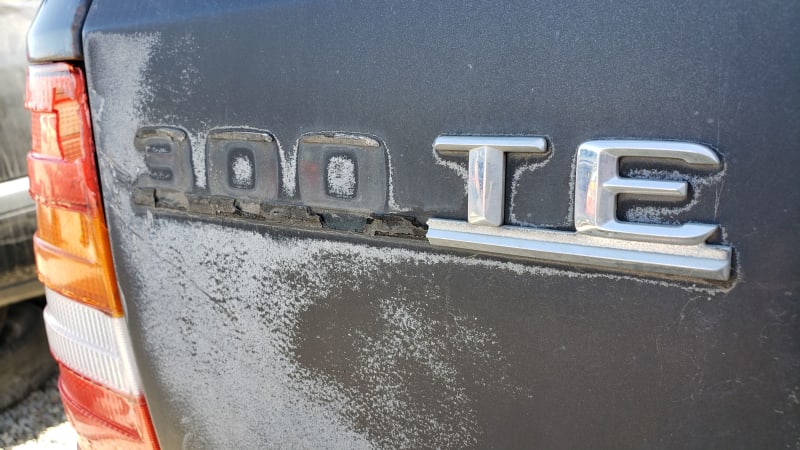 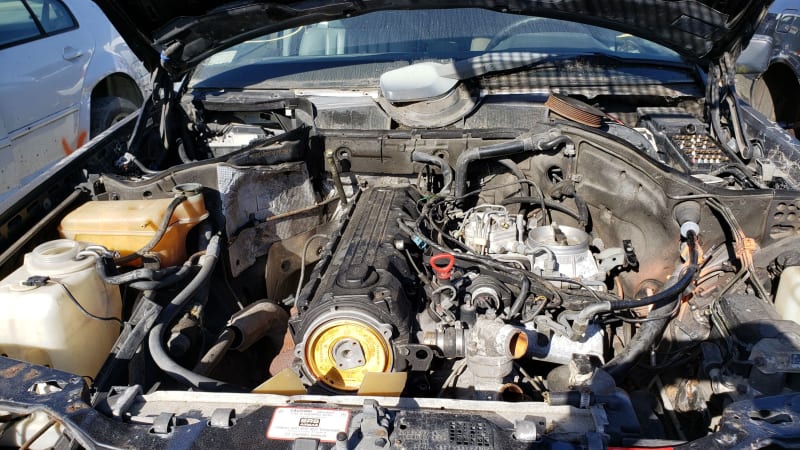 Mercedes-Benz shoppers elsewhere had plenty of engines to choose from in their ’89 W124 wagons (including four-bangers and diesels), but Americans had just this: the M103 gasoline-fueled three-liter and its respectable 177 horses. 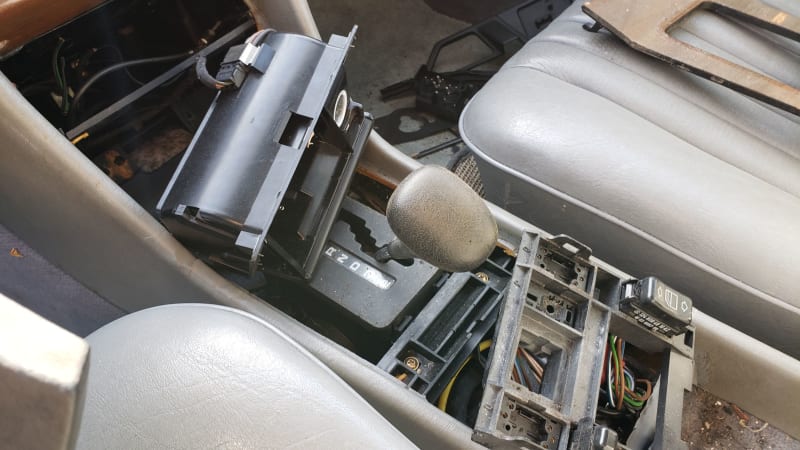 Americans could get their W124s with five-speed manuals during the first couple of model years, but by 1989 the automatic was mandatory equipment here. I was very excited when I found a discarded W124 coupe with three pedals a while back, but it turned out to be a gray-market European import. 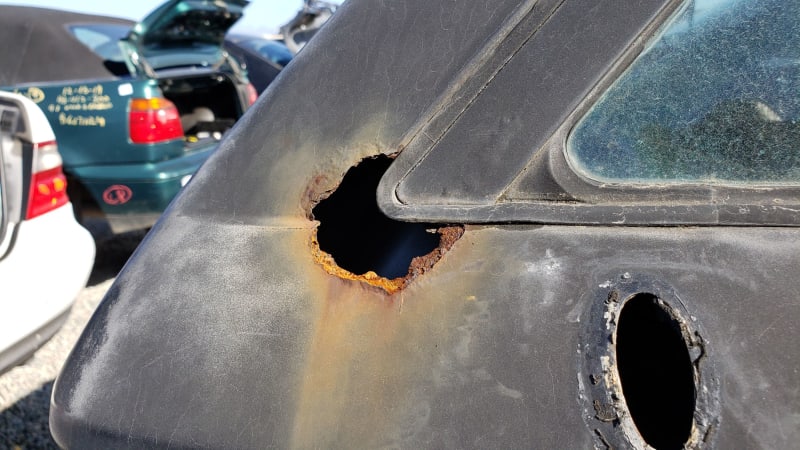 Cars in coastal California tend to rust from the top down, as the harsh sun eats away at the paint and then the wet winters and foggy mornings keep areas around trim attachment points wet. If the car parks near the ocean, some real horror-show corrosion can take place. I think this car spent much of its life parked fairly close to the Pacific. 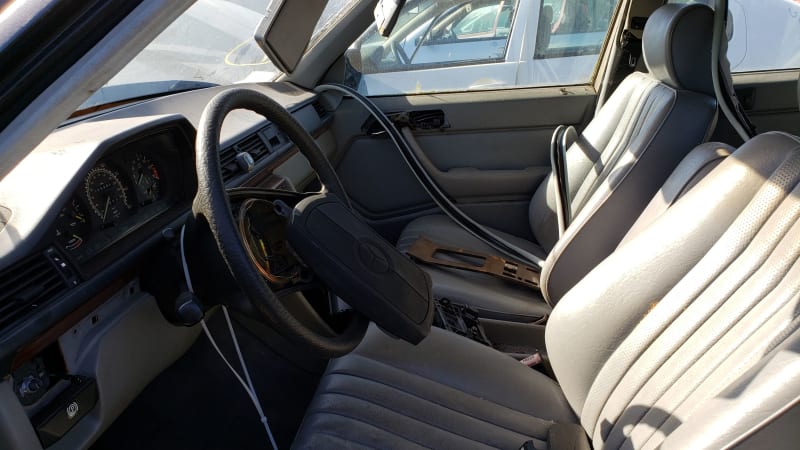 The interior in this one still looks nice, if you overlook the damage caused by junkyard shoppers. My guess is that the body rust coupled with some expensive mechanical failure doomed it to this fate. 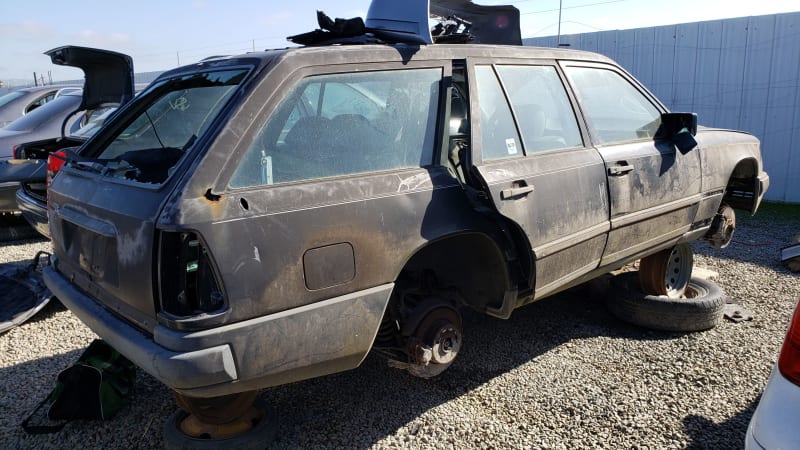 You can still buy a new E-Class wagon today, but the clock is ticking.

Austrian chancellor says meeting with Putin was "not a friendly visit"