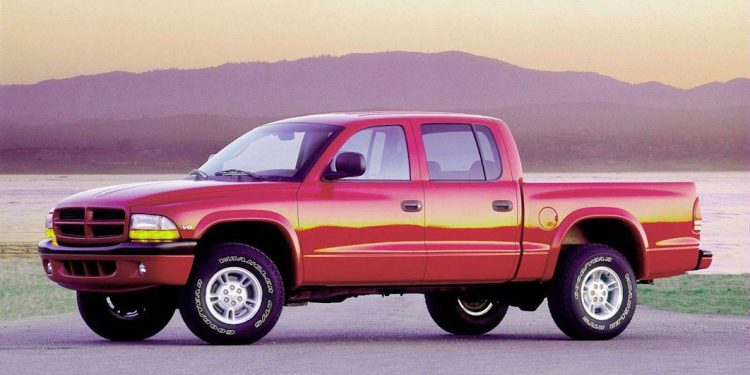 
With one notable exception, there really aren’t any trucks currently on the market in America that would qualify as “cheap.” Yes, the Ford Maverick is the lone exception with a base price that (currently) sits just a few bucks shy of $20,000 (not including the necessary destination charge, let alone with any options like cruise control). The Maverick is a seriously good deal, even at a more realistic price point hovering around $25,000 for an XLT with the 2.5-liter hybrid powertrain and front-wheel drive. But not everyone wants to spend even that comparatively reasonable sum for a new truck, especially if that truck’s going to get beat up doing trucky things, which is why we’re highlighting the second-generation Dodge Dakota today.

Why the Dodge Dakota?

Well for starters, the Dakota is just a well-sized, useful and solid pickup truck. When it was newly launched for the 1997 model year, the second-generation of the Dakota was quite a bit smaller than the fullsize Ram but larger than competitors like the popular Ford Ranger and Toyota Tacoma. It was offered with a base four-cylinder engine up until 2002, a step-up and desirable V6 (more on those choices in a bit) or the segment’s only V8 (for the purposes of this article, we’ll leave out the limited-edition R/T sport truck), mated with both standard manual or optional automatic transmissions.

When properly equipped, the Dakota was rated to tow over 6,000 pounds, and even midlevel versions will happily tow a couple of tons. That’s more than enough for the vast majority of buyers — enough to haul off-road vehicles, jet skis or utility trailers, for instance. Cabin sizes ranged from the regular cab with no back seat to a full four-door variant, with a club cab in between. Put simply, there’s probably a used Dakota for sale within driving distance that ought to suit your used-truck needs.

Which Dodge Dakota to choose?

There are a lot of choices to consider, but the three main decisions revolve around the year, powertrain and cabin size. We’d skip the anemic four-cylinder engine option. From 1997-2003, Dodge offered a 3.9-liter V6 that spun out 175 horsepower and 225 pound-feet of torque. For 2004, the second-generation Dakota’s final model year, Dodge switched to its newer 3.7-liter V6, bringing horsepower up to 210 and torque to 235 lb-ft. That’s an interesting option if you can find one, as it increased fuel mileage from 14 city and 19 highway to a slightly more respectable 15/20 (assuming an automatic and rear-wheel drive for both). 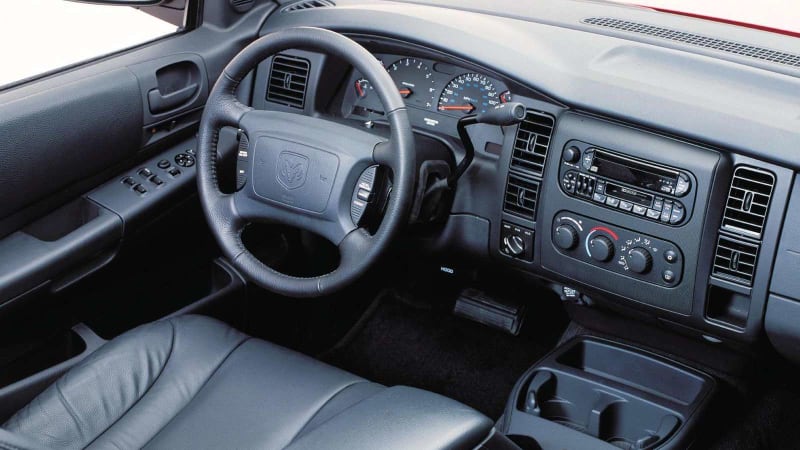 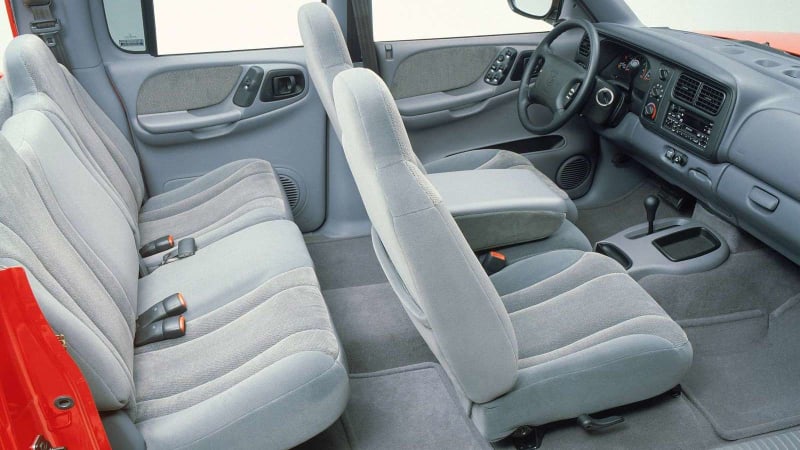 The V8 option started with a 5.2-liter with 225 hp and 295 lb-ft that was basically a modernized version of Chrysler’s long-running pushrod small-block that dated back to the muscle car era. A modern 230-hp 4.7-liter with overhead camshafts replaced that engine from 2000 through 2004. Some do-it-yourselfers may prefer the relative simplicity of the older engine, but we’d wager most buyers would be happier with the newer, smoother and more efficient (14/19 highway compared to 12/17) nature of the 4.7-liter V8.

Lastly, you’ll have to decide if you want four-wheel drive and how much room you want for any backseat passengers.

Our used vehicle listings can be helpful to find a good deal near you. Narrow the offerings down by a radius around your ZIP code, and pay attention to the deal rating on each listing to see how a vehicle compares with others in a similar area.

What else to consider?

You could argue that the second-generation Dakota’s biggest competitor in the used market is actually its third-generation Dakota sibling. The newer truck isn’t much more expensive, can often be found with lower mileage and is equally adept at hauling people and their cargo. On the flip side, the older Dakota is arguably more attractive inside and out and, in the right configuration (like with a manual transmission, for instance) possibly more likely to appreciate over time.

Speaking of appreciation, have you looked at 1998-2011 Ford Ranger prices lately? It seems that truck, which is smaller than the Dakota and never offered a V8 option, may have already bottomed out and is now seeing prices surge on the used market at a higher rate than its contemporary competitor from Dodge. But if you can find one you like for a reasonable price, the Ranger could also be a nice small-truck option.

The Toyota Tacoma has always enjoyed a resale value edge over the Dakota, and that holds true on the used market with prices hovering quite a bit higher than the Dodge. A Nissan Frontier may be worth consideration, with prices that are more comparable to the Dakota.

Could the Worst of the Stock Market Correction Be Behind Us?

Mariupol 'Remains a Ukrainian City' but Conditions Worsening for Civilians