2 GOP Lawmakers Travel to Ukraine, First Visit by US Officials Since Invasion 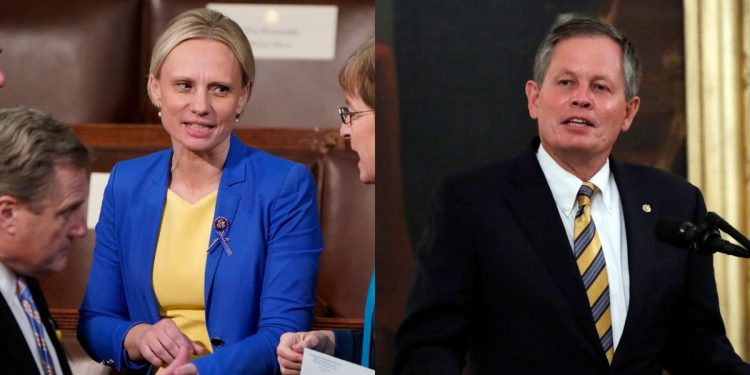 
Two Republicans, Sen. Steve Daines of Montana and Rep. Victoria Spartz of Indiana, made a last-minute trip on Thursday to Ukraine, where they visited Kyiv and towns that have recently been the subject of Russian atrocities, including Bucha.

It’s the first time US officials have visited Ukraine since the Russian onslaught began in late February. President Joe Biden and Vice President Kamala Harris have both recently made visits to neighboring countries, including Poland and Romania to meet with heads of state and Ukrainian refugees.

“Nothing can substitute for actually being here, seeing it first-hand, spending time with the people and leaders here in Ukraine who have been horribly affected by this war,” Daines told the New York Times while reportedly standing on a pile of rubble from an collapsed apartment building in Borodianka, a town outside the capital city.

“I hope that our visit will encourage more American officials and leaders to come, to stand with the people of Ukraine,” Daines added.

Spartz, a freshman House member who was born in Ukraine and moved to the United States in 2000, told the Times that it was “important to show our support, to show we care.” In March, she made an emotional plea urging Biden to do more to help Ukraine.

Spartz and Daines were invited by the Ukrainian government and given just over a day’s notice, the Times reported. They traveled to Kyiv by train from western Ukraine after Daines broke off from a different trip to Eastern Europe. Spartz had already planned an unofficial visit to Ukraine.

Following their arrival in the capital, the duo travelled to Bucha, where hundreds of civilians’ bodies were discovered in the town’s streets, some of them with their hands bound, following the retreat of Russian forces. Biden called for Russian President Vladimir Putin to be tried as a war criminal following the grisly discovery.

The two lawmakers watched Ukrainian authorities excavate three bodies from a mass grave in Bucha, and Daines reportedly found a wooden toy in the rubble of a collapse apartment building. The Montana Republican said that he’d seen “indisputable evidence of war crimes.”

Both Daines and Spartz said they support sending US diplomats back to Ukraine now that Kyiv isn’t under imminent threat of attack.

Anton Herashchenko, the Ukrainian Interior Ministry official who helped organize the trip, told the Times that he hoped the visit would spur more lawmakers to visit and support additional weapons transfers to Ukraine.

Response to who next Tory leader should be goes viral

Response to who next Tory leader should be goes viral