When you affix words to a car such as “Alfa Romeo,” “Quadrifoglio,” “twin-turbo,” and “Ferrari-derived,” you’re setting up some pretty serious expectations. Add to that a price tag that’s near the top of its segment, as with our 2019 Alfa Romeo Giulia Quadrifoglio, and those expectations creep ever higher to a point that seems hard to fulfill. But I’m happy to report the Giulia passes with flying tricolores. It’s intensely fast, incredibly nimble, and surprisingly playful and approachable. It’s one of the most fun supersedans.

Of course, the headline feature of the Giulia Quadrifoglio is that twin-turbo V6 based on a Ferrari engine, and it certainly deserves the hype. It generates a massive 505 horsepower and 443 pound-feet of torque. That’s more power (though less torque) than the mighty Mercedes-AMG C 63 S’s V8. Power comes on smoothly and only grows stronger with revs until the limiter kicks in. Lag is practically non-existent, and the exhaust note, though a bit blatty inside, generates a low, gritty howl outside that’s fitting for a slinky Italian sedan. The only thing preventing the powertrain from being the unquestionable class champion is the transmission. This is strange, since it’s the vaunted ZF eight-speed automatic, but it shifts slowly for such a sporty car. At least it’s smooth, and the huge metal shift paddles are a delight.

As for the Giulia’s chassis, it’s marvelous with no caveats. What stands out is its playful demeanor. It keeps you informed of every move it makes, even throwing in a bit of Miata-like body roll. The steering isn’t quite as talkative, but is more so than many of its competitors, especially BMW, and it’s lightning-quick and weighted well. To cap it off, the car is highly stable, even on rough pavement, and the wide tires offer tremendous grip. The ride can occasionally be bumpy, but never harsh. It’s well-balanced. 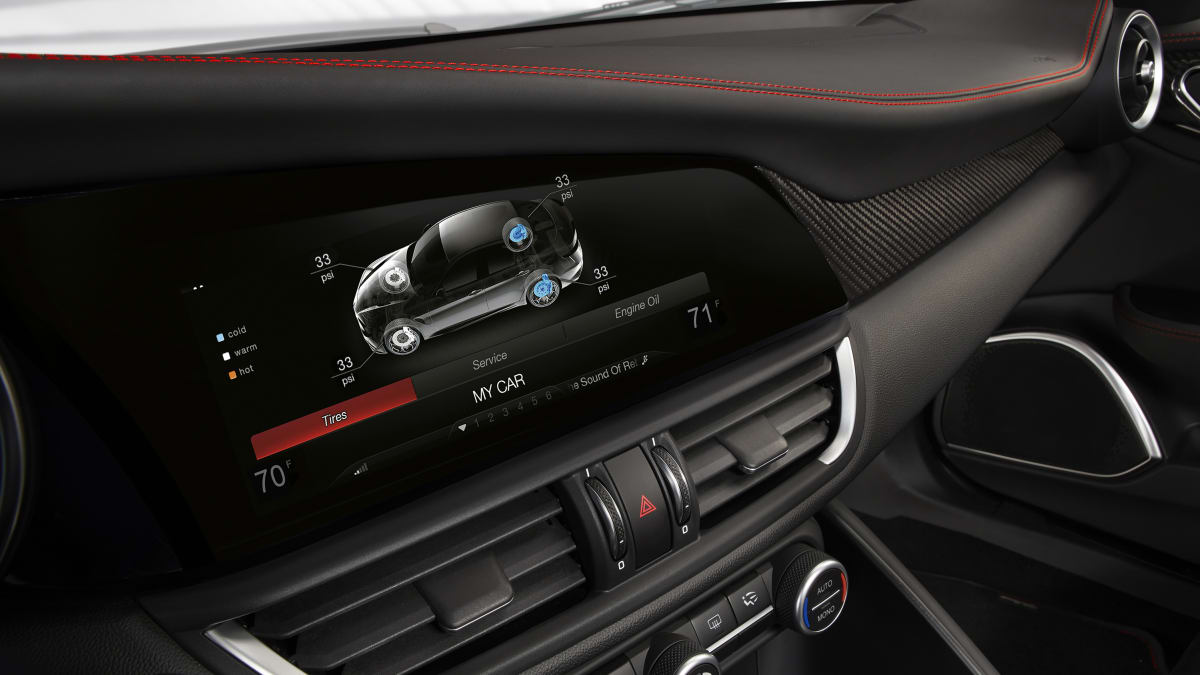 At this point it’s also worth noting that the character of the Giulia can be altered substantially with the drive mode selector. The settings are “Race,” “D,” “N” and “A,” with the latter standing for “Dynamic,” “Normal” and “Advanced Efficiency.” Race and Dynamic are the sportiest with the quickest throttle response, loud exhaust, and more lenient traction settings, and they set the suspension to the firm setting by default. But the suspension can be switched back to the normal setting by pressing the shock absorber button. “Normal” sits in between with reasonably quick throttle and transmission response but the standard suspension and quiet exhaust. “Advanced Efficiency” softens throttle response and keeps revs as low as possible for maximum fuel economy, and retains the “Normal” mode’s suspension and exhaust settings.

The Giulia Quadrifoglio does have a weak spot and it’s the same thing that immediately struck West Coast Editor James Riswick during his recent time with the Alfa Romeo Stelvio: the interior. Like its SUV sibling and the standard Giulia, the Quadrifoglio has an attractive overall design with a gracefully flowing dash and nice leather and Alcantara strewn about. But Alfa skimped on important details. There’s still low-rent hard plastics; loose, chintzy control knobs, particularly the drive mode selector and the infotainment controller; and questionable design decisions such as the lone USB socket floating at the base of the center stack. There are additional USB ports under the center console, but the center stack one just looks like an afterthought. The infotainment system is disappointing, too, since it’s a bit slow and clunky compared with the sharp and responsive Uconnect system used in almost every other FCA product. On the plus side, the seats are supportive and comfortable for long drives, and the steering wheel avoids the trap of too much girth that plagues the competition. 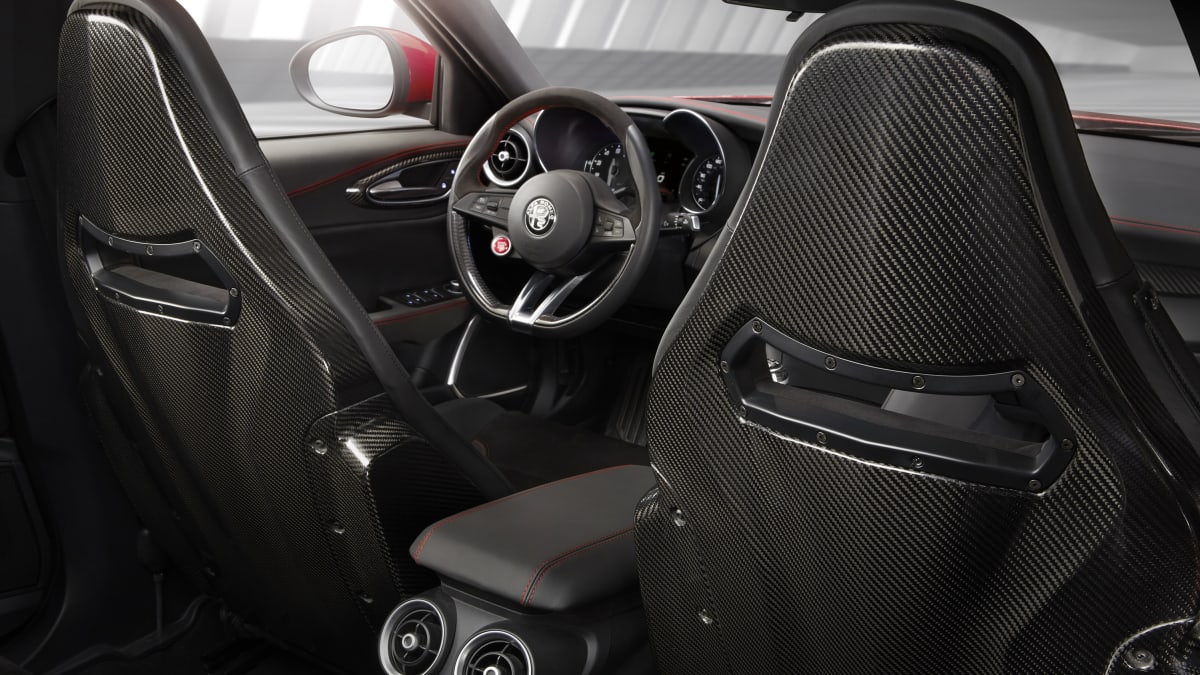 There’s another potential issue beyond the interior: the Giulia Quadrifoglio’s price. At $75,840, it’s more expensive than its key competition. The Mercedes-AMG C 63 S and Audi RS 5 Sportback each start a couple hundred dollars less than the Alfa. The Alfa does boast significantly more power than the Audi, but not the Mercedes, which also features a far nicer interior. Even cheaper is the outgoing BMW M4 coupe (the outgoing M3 sedan is off the market and the new one hasn’t been revealed yet) at about $5,000 less, and the Lexus RC F coupe is about $10,000 less. Each has less power, though.

While the competition may provide more well-rounded or affordable offerings, they still don’t match the Alfa’s driving experience. It’s the most fun car in its class, and for those that value the drive over everything else, it’s the obvious choice.

Here’s how network TV would treat a Ted Bundy series

Should I stop vaping? Dangers and health risks of e-cigarettes

Should I stop vaping? Dangers and health risks of e-cigarettes