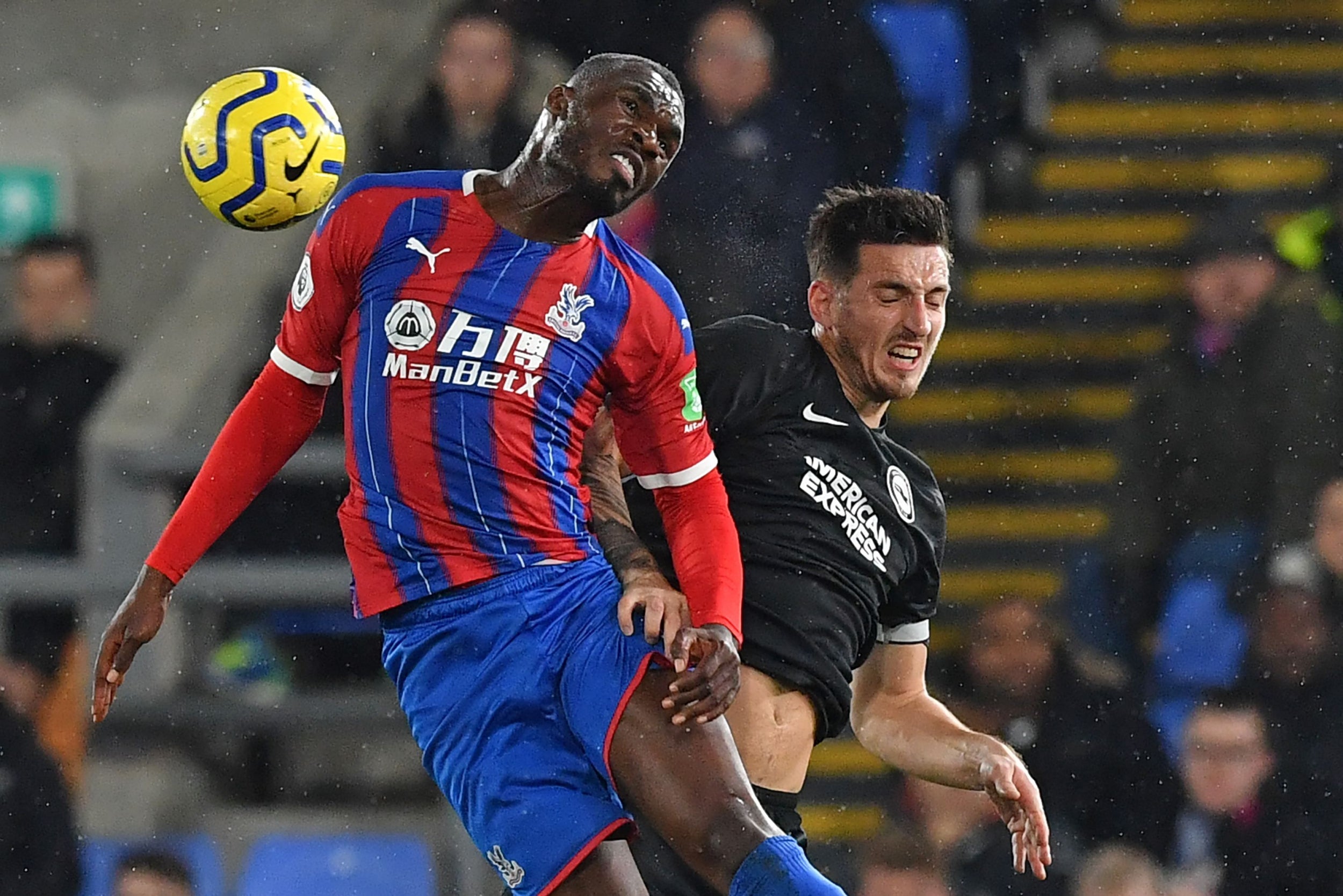 Welcome to the Evening Standard’s LIVE coverage of the Premier League clash between Crystal Palace and Brighton.

The Eagles welcome their bitter rivals to Selhurst Park amid an injury crisis in defence, with Joel Ward, Patrick van Aanholt and Jeffrey Schlupp injured, Mamadou Sakho suspended and both Gary Cahill and Scott Dann doubts.

It means Jairo Riedewald, who has not started a Premier League game for 659 days, is set to line up at left-back as the Eagles chase three points which would take them level with Manchester United in sixth place.

74 mins: Another good piece of play from Palace and they’re finally getting some joy as Ayew finds Zaha, who’s cross is deflected into path of Meyer and his acrobatic effort is straight at Ryan.

The crowd have livened up as well now. Will we see an equaliser?

Ayew makes a clever run inside from the right and plays it into Benteke, who turns well and strikes at Ryan before tipping it out for a corner.

Much better from the home side.

71 mins: Benteke finally makes an impact aerially but his header doesn’t have enough power to beat Ryan at his near post.

A slight improvement from the hosts, but they still look very short of what they need going forward.

70 mins: Brighton want more and they nearly get it. Mooy sprays it wide to Trossard, who cuts it and aims for the far corner. Guaita spills it and with Maupay lurking that’s never a good idea, but gathers it eventually.

66 mins: Kouyate has put probably a double shift tonight considering the pressure Palace have been under.

Hodgson, looking for some fresh legs and creativity, sends on Max Meyer in his place.

62 mins: Zaha is starting to get frustrated by a few niggly fouls on him from Montoya.

Seconds later, three Brighton players surround the Ivory Coast man when dribbling forward and force him to go back with the ball. Their gameplan is working a treat.

Guaita will be a relieved man after nearly gifting Brighton the chance to double their lead.

The away side work the corner short and it’s dinked into the box by Webster. Guaita goes up to claim it, drops at his feet and Maupay sticks out his boot but the Spanish stopper gathers it.

“Hard to say Brighton don’t deserve the lead here. Palace must ensure that this kicks them into a bit of life, there has been so little ambition on the ball while Brighton have looked very slick and happy to dictate the play.”

Emphatic strike from the man in form and it’s pandemonium in the away end! Trossard’s bouncing cross evades everyone before Maupay fires into the top corner.

Palace up against it now.

Out of nowhere, Palace launch a counter down the right and it’s 2v2 with Benteke on the ball and Zaha racing forward.

Initially it looks like he’s misjudged the cross but it sails towards the back stick and crashes off the far post! Zaha keeps it alive but fires straight at the goalkeeper. Nearly a bizarre opener for the hosts.

49 mins: What we’ve seen so far in the second half is very much a continuation of the first with Brighton coming forward in droves.

“Hodgson had to change something at the break and he has hooked Riedewald. The Dutchman looked shattered come the end of the first half and was lucky to get away with not conceding a penalty when his challenge on Montoya was reviewed at Stockley Park.

“McArthur drops into left-back, the fourth player to feature there in three games, while the hosts must hope that McCarthy adds some control and a more progressive approach in the middle.”

We’re back underway. Will be interesting to see how Palace fare after that half-time change.

Palace make a change at the break

James McCarthy has replaced Riedewald at the break. He did appear to be lacking match fitness.

McArthur appears to be playing at left-back now.

Palace have failed to register a shot and barely even had an attack going forward, while Brighton have had six attempts. But crucially, it’s still goalless.

It was a similar story when they played Bournemouth with 10 men for 70 minutes – and look how that turned out.

Sometimes, patience can be key.

The injury-hit hosts haven’t managed a shot in this first half as Brighton dominated but it’s goalless at the break.

Not a classic by any means.

43 mins: Credit to Milivojevic and McArthur, they have worked their socks off to try and cut off the supply line to Maupay.

Palace have really had to dig in defensively but so far it’s working.

39 mins: Palace are playing with a lot of nerves at the moment as Kelly is nearly punished for a wayward pass and it only serves to give Brighton extra motivation to press.

Will they hold on until the break?

35 mins: Benteke is penalised for wrapping his arm into the face of Dunk and out comes the yellow card.

Driving home for Christmas? The car hire apps to try out in London