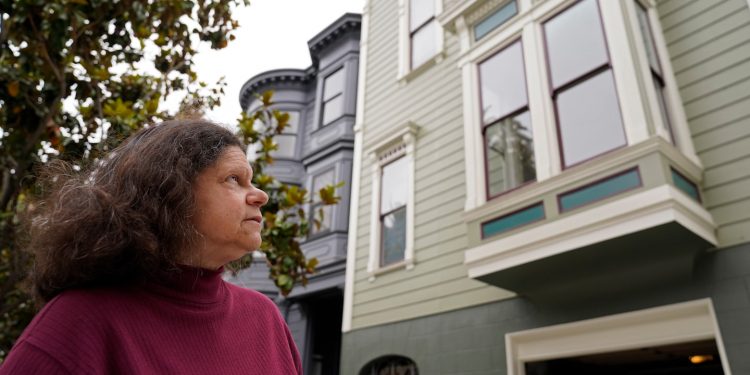 The 2020 Census undercounted people in six states and overcounted them in eight states, according to a post-count survey released Thursday by the Census Bureau.

The results, along with other analyses by the bureau and outside researchers, can help indicate how well the government counted the U.S. population in 2020 against a backdrop of political interference, legal battles, natural disasters and a pandemic. They cannot legally be used to reapportion seats in the House of Representatives, which are calculated based on decennial census data.

The bureau revisits randomly-selected geographic areas after each decennial census. For this year’s survey, it returned to 161,000 housing units and found that Arkansas, Florida, Tennessee, Texas, Illinois and Mississippi probably have more people than the census counted. It also found that Hawaii, New York, Minnesota, Utah, Massachusetts, Delaware, Rhode Island and Ohio probably have fewer people than the census counted.

The survey found no statistically significant overcounts or undercounts in 36 states and the District of Columbia.

“No census is perfect,” Census Bureau Director Robert Santos said Thursday when presenting the results. The post-enumeration survey after the 2010 Census found no states were under- or overcounted to a statistically significant degree. But for the 2000 Census, the survey found overcounts in 22 states and an undercount in the District of Columbia.

Post-enumeration survey findings released earlier this year showed the 2020 Census missed counting Hispanics, Blacks and other typically undercounted minority groups and overcounted Whites and Asians at a higher rate than in 2010. The undercount for Hispanics more than tripled.

Along with congressional reapportionment, decennial census data is used for redistricting and to allocate $1.5 trillion a year in federal funding. Last year some states gained or lost seats by narrow margins, raising questions about whether a more accurate count would have changed the allotment.

But Terri Ann Lowenthal, a former staff director of the House census oversight subcommittee, questioned the wisdom of using the post-enumeration survey for such speculation, even as a parlor game.

“The results at the state level are too limited to support a possible recalculation of apportionment,” she said. Unlike the decennial census, the post-enumeration survey does not count people who live in remote Alaska or in group quarters such as prisons, college dorms, military housing, skilled nursing homes or temporary shelters, or people who are unsheltered — an estimated 2.5 percent of the U.S. population in 2020.

And any adjustment up or down in a state’s numbers may not translate to the gain or loss of a House seat because it would mean all of the states’ relative population counts would need to be recalculated to add up to 435 seats.

“The apportionment formula is so sensitive to small shifts in population between the states that using estimates as opposed to actual counts won’t yield a useful result,” Lowenthal said. “Furthermore, Congress cannot be reapportioned a second time.”

However, the bureau is exploring whether the post-enumeration survey results can be used to help improve the annual population estimates that are used to allocate most federal funds and historically are based on decennial census data.

Although few patterns could be discerned among the states that had statistically significant over- or undercounts, the new findings underscore the importance of state investment in census outreach, said Arturo Vargas, chief executive of the NALEO Educational Fund, a Latino advocacy group.

“In Census 2020, what did Texas and Florida have in common? Virtually no … state investment in census outreach,” he said, referring to states with large immigrant populations that did not gain as many House seats as they were predicted to. “And then you compare that to states that went all out, like California and New York,” which had overcounts. “I think the investment really made a difference.”

Stock futures rise slightly, with the S&P 500 on the brink of falling into a bear market - CNBC