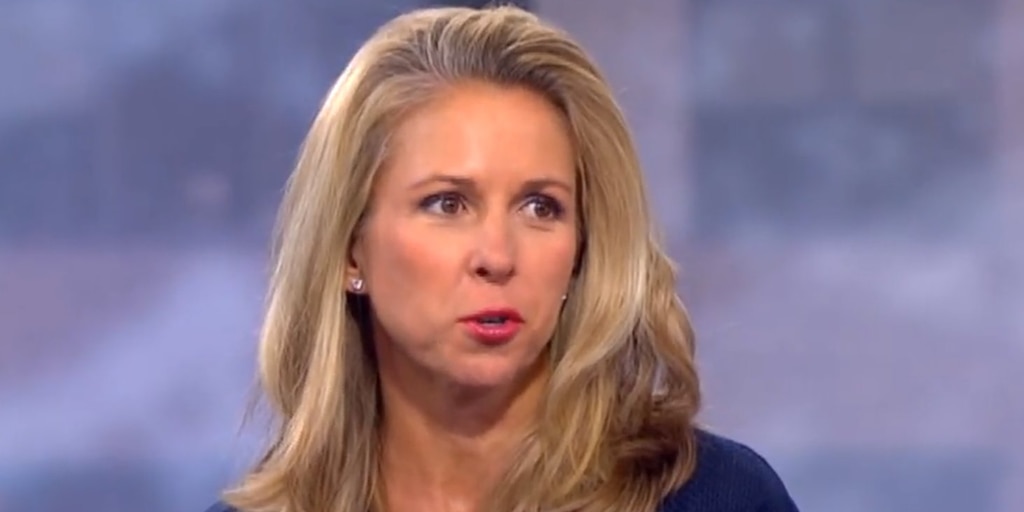 Liz Ann Sonders, now the senior vice president and chief investment strategist of Charles Schwab, was 13 months into her first job out of college when the stock market crashed on October 19, 1987, also known as “Black Monday.”

That job was working on the institutional asset management side of Zweig/Avatar Group in New York, the firm led by legendary investor Martin Zweig, Sonders told Business Insider in an interview.

Zweig had predicted the crash in a TV interview the Friday before, and so it was something the group had been planning for, Sonders said.

“The naivete of me a year into the business was, ‘What’s the big deal? Why is everybody freaking out?'” Sonders told Business Insider. From her experience at the time, she assumed most investors would watch the data to figure out ahead of time that a crash was coming, position accordingly, and take advantage of lower prices to start buying again.

“Easy peasy, right?” she said. She also noted that in 1987, the crash wasn’t as personal to her because she didn’t have much money in the market as a young worker just starting out.

Thirty-four ye ars later, “I understand how unique that sort of prescience was” on Zweig’s part, she said.

Thursday’s market crash was the Dow Jones Industrial Average’s worst day since 1987. At the end of the day, the Dow had plunged 10%, just one day after falling into a bear market, down more than 20% from its most recent high. Also on Thursday, the S&P 500 fell 9.5% and the Nasdaq shed 9.4%, also officially entering bear markets.

There are similarities between the two crashes, and other major market events that have occurred in the interim, according to Sonders. Market movements in the last few weeks have felt like “an ugly mashup” of what happened in 1987, in 2001 after the terrorist attacks on September 11, and during the financial crisis in 2008, Sonders said.

Read more: ‘Recession risk has risen dramatically’: A Wall Street expert warns the coronavirus-induced market meltdown is just getting started – and says policy responses are way behind the curve

This week’s market event mirrors the 1987 crash in some ways because of the “mechanics of the markets in play,” Sonders said, pointing to current high-momentum trading by algorithms and quants in current markets, versus computerized program trading that contributed to the crash in 1987.

Both are “something mechanistic that is driving the swings to a greater degree” than fundamentals would suggest is the case, she said.

Further, today’s investors have been greatly impacted by a fear of the unknown as the coronavirus outbreak has spread to pandemic status, halting global growth and even sparking an oil price war. That fear of what’s to come reminds Sonders of the market climate following the terrorist attacks on 9/11.

“We know with the benefit of hindsight that the terrorist attacks of 9/11 were not the first of a series,” she said. “But we didn’t know that at the time, so there was massive fear of the unknown.”

There’s also a similarity to the financial crisis in the “unprecedented monetary policy kicking back in.” Last week, the Federal Reserve issued its first emergency rate cut since 2008. It’s also expanded capital injections to $1.5 trillion to combat “highly unusual disruptions” in the market amid coronavirus panic.

Why coronavirus panic is unique

The coronavirus-induced market rout is also unique compared to previous crashes, Sonders said. Part of that is due to the pandemic itself –  in instances of other natural disasters such as hurricanes and earthquakes, it’s easier to determine a beginning and an end. A degree of time-certainty helps assess the impact of the disaster right away, she said.

“The rub in this environment is not only that we don’t have any sense of containment yet of the virus itself, but we don’t know the longevity of the containment measures,” said Sonders. That makes it difficult to predict the impact on the economy, and has meant companies have pulled future earnings numbers, she said.

Read more: Goldman Sachs studied every bear market in stocks since 1835 – and concluded that 3 red flags make this coronavirus-driven one unlike any other in history

The swiftness of the market’s descent into bear territory this week also stood out to Sonders, as it set a record. On Wednesday, the Dow closed down more than 20% from its most recent all-time high, the fastest fall into bear-territory ever. On Thursday, the S&P 500 and Nasdaq also fell into a bear market. For comparison, it took more than eight months for the Dow to fall more than 20% and into a bear market amid the financial crisis.

Add in the global oil-price war, which is causing carnage in the credit markets, and the recent lack of liquidity in the Treasury market, and “it’s a triple whammy,” Sonders said.

One of the starkest differences between this week’s market panic and the 1987 crash is the vast amount of information available today that didn’t exist 33 years ago, according to Sonders.

In 1987, the Zweig/Avatar Group was watching regular news channels reporting on the crash, but that was the extent of the information the general public was getting before widespread use of the internet, and the advent of things such as social media and CNBC, she said.

“We were seeing it on our quotron machines and buzz in the business, but it really wasn’t experienced in the moment,” Sonders said.