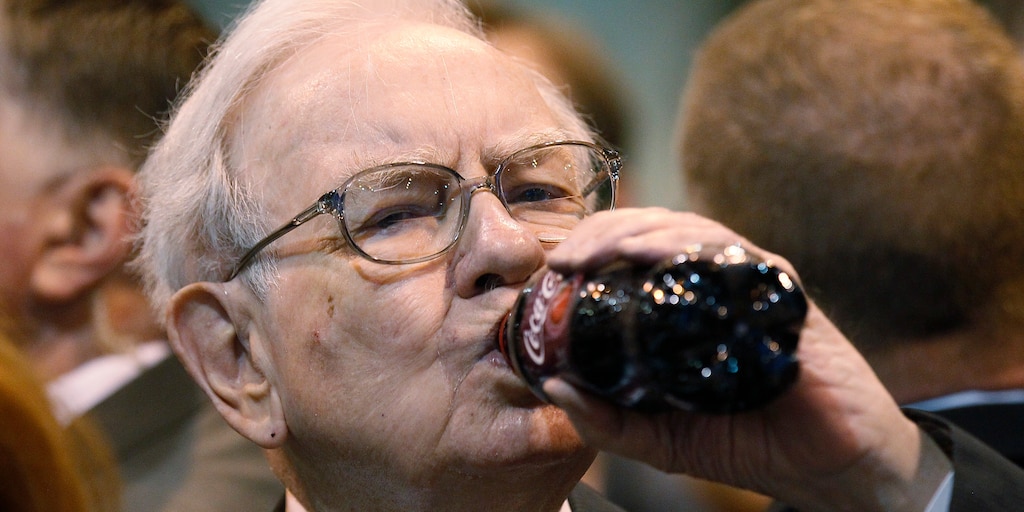 “I’m drinking a little more Coca-Cola actually, that seems to have warded off everything else in life,” he said, chuckling.

Buffett switched from Pepsi to Coke after 48 years and invested in the company after an old neighbor, Don Keough, became Coke’s president and sent him samples of Cherry Coke in 1985.

Berkshire remains one of the soda titan’s biggest shareholders, and Buffett rarely misses a chance to promote its products. “I’m one quarter Coca-Cola,” he told Fortune in 2015.

Yet the investor’s taste for soda, as well as fast food and candy — he eats McDonald’s for breakfast and owns Dairy Queen and See’s Candies — doesn’t appear to have caught up with him yet.

“I’m 89, I just had two different doctors tell me I’m in much better shape than I was a few years ago,” he told Yahoo Finance.

Still, Buffett wasn’t shy about discussing the odds of his demise.

Berkshire is also prepared for the inevitable, Buffett said in a CNBC interview in February.

“If I die tonight, the board tomorrow morning knows exactly what they’re going to do,” he said.

But I hope they’re polite about it,” he added. “Let the body cool off.”