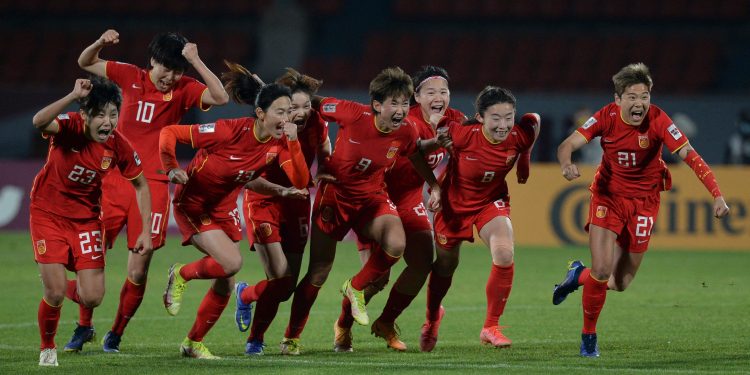 
The 2022 AFC Women’s Asian Cup semi-finals had Japan, China, Korea Republic and the Philippines all in contention for Asia’s top women’s football prize.  The second to last games of the tournament saw the title holders exit and a new team make the final for the first time.

More AFC Women’s Asian Cup news can be found on The Women’s Game.

The competition’s newest semi-finalists were the underdogs entering the game.  While the Malditas had had an impressive run in the Women’s Asian Cup, this game was always going to be an uphill battle.

It turned out to be just that.  Korea Republic comfortably beat the Philippines. First half goals from Cho So-hyun and Son Hwa-yeon resulted in the 2-0 win and Korean progression to the finals for the first time in the country’s history.

The Philippines can leave this tournament with their heads held high though.  This is not only the furthest the country has ever made it in the Women’s Asian Cup, but also through their semi-finals progression they gained automatic qualification to the 2023 FIFA Women’s World Cup, also a first for the Malditas.  Korea, who like all other semi-finalists also automatically qualified.

The Chinese took on back-to-back title defenders Japan in the competition’s second semi-finals.  Although China PR are the most successful nation in this competition, having won the AFC Women’s Asian Cup on eight occasions, they haven’t progressed to the finals since 2008.

It was also the last year that the Chinese had beaten the Japanese, with the Nadeshiko getting the upper hand in their four meeting since.

Japan for their part have been present in the last game of the tournament for the past three Women’s Asian Cups.  The dominant force in Asia during that time, a fourth consecutive finals appearance was expected.

It was not to be though.  That isn’t to say that the game was an easy one for either side.  Japan were first to gain a lead off a free kick opportunity, with Riko Ueki scoring a header in the 26th minute of play.

However, missed opportunities by the defending champions allowed the Chinese entry into the game.  They would equalize just after the second half restart, with Chengshu Wu finding the back of the net.

With the score equal at 1-1 at the end of normal time, 30 minutes of extra time play were added.  Japan would take the lead in the 103rd minute, through a second Riko Ueki goal.

As the clock would down, it looked like the Nadeshiko would be heading towards another final.  In the 119th minute though Wang Shanshan equalized and sent the game to penalties.

Both sides would miss their first chance at goals, and Japan would then miss their last.  This 4-3 penalty win secured the victory for China, with the Steel Roses heading to their eleventh final.

The Women’s Asian Cup final is scheduled for this Sunday, February 6th.

In the interim two other Women’s Asian Cup games are scheduled.  The three game round-robin play-offs for fifth place has commenced between Thailand, Vietnam and Chinese Taipei.

The winner of that three-way round-robin will qualify automatically for the 2023 FIFA Women’s World Cup.  The two other teams will still have a chance to qualify through an inter-continental playoff. Brisbane Roar have continued their Queensland-centric approach, adding a new young talent to their A-League Women’s squad. The midfielder made her debut this week joining a line of local debuts this season. ‘I can’t get distracted by other people’s problems’: Stajcic refuses to revel in Matildas misery

As the charred husk of the Matildas’ Women’s Asian Cup campaign lies smouldering, ex-coach Alen Stajcic isn’t gloating over the plight of the nation which contentiously dumped him three years ago.

Further AFC news can be found on their website.