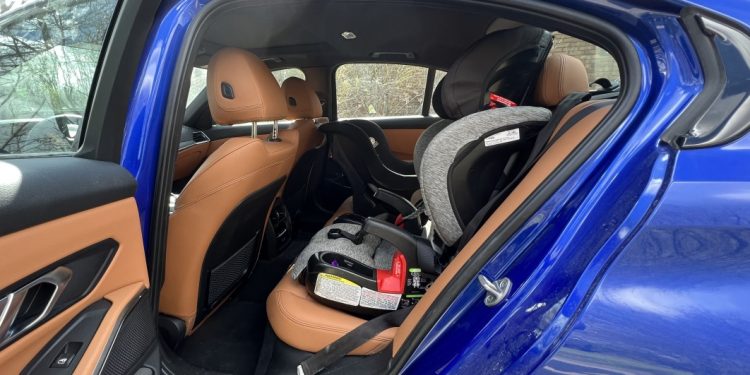 
When I first took possession of Autoblog’s long-term BMW 330e xDrive plug-in hybrid sedan, I had my daughter, Lola, with me during the swap. I took a look at the size of the rear seat and thought, I’d better put her behind the passenger seat. I could tell I’d have to move the seat forward to fit her rear-facing seat behind me.

When it came time to put my son Wollie’s front-facing, high-back booster seat in, I took Lola’s seat out and put the big seat on the passenger side. It’s better for school drop-off to let him out curbside than into potential traffic. I also moved the empty passenger seat forward to give Wollie some needed legroom. 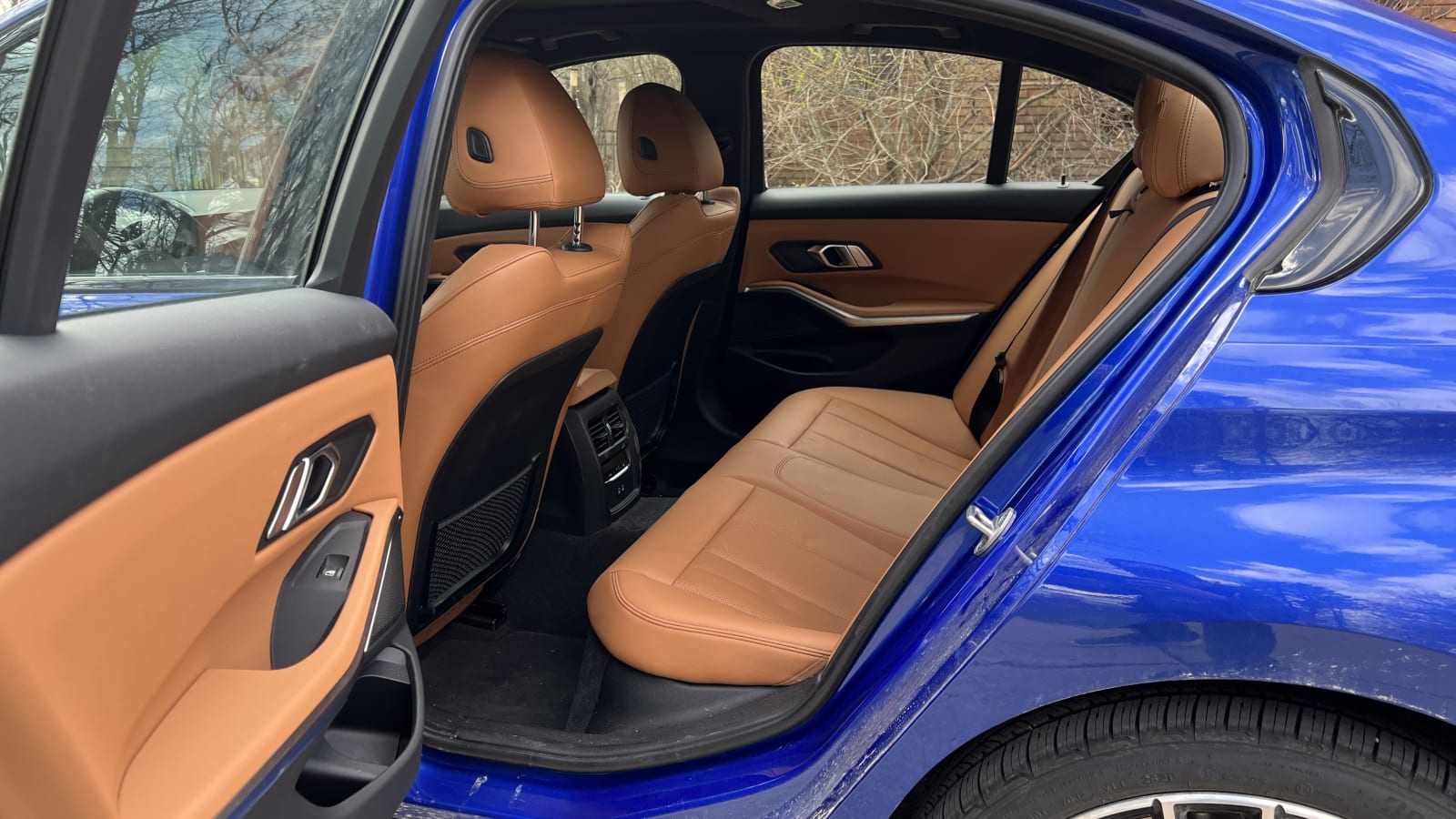 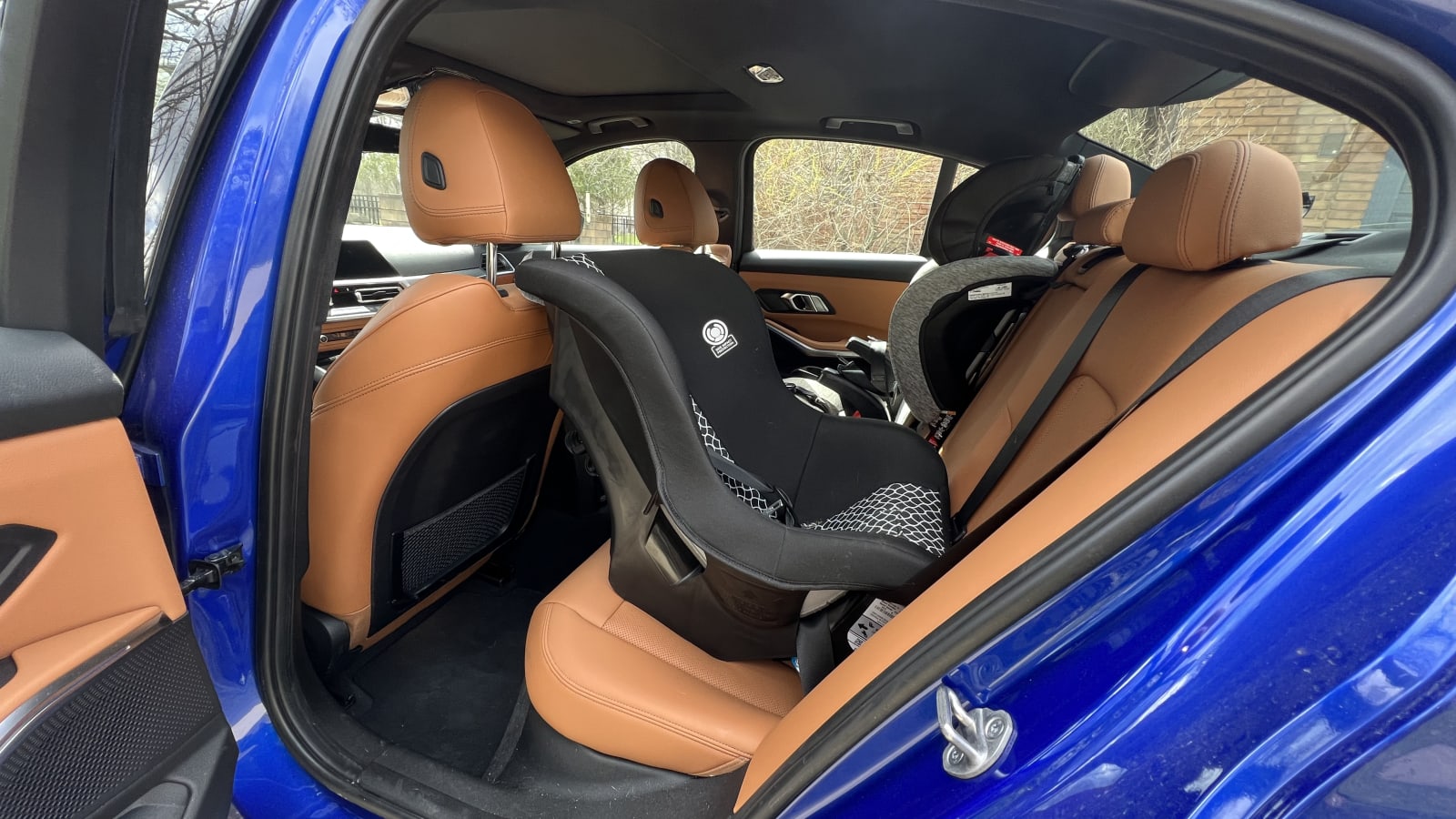 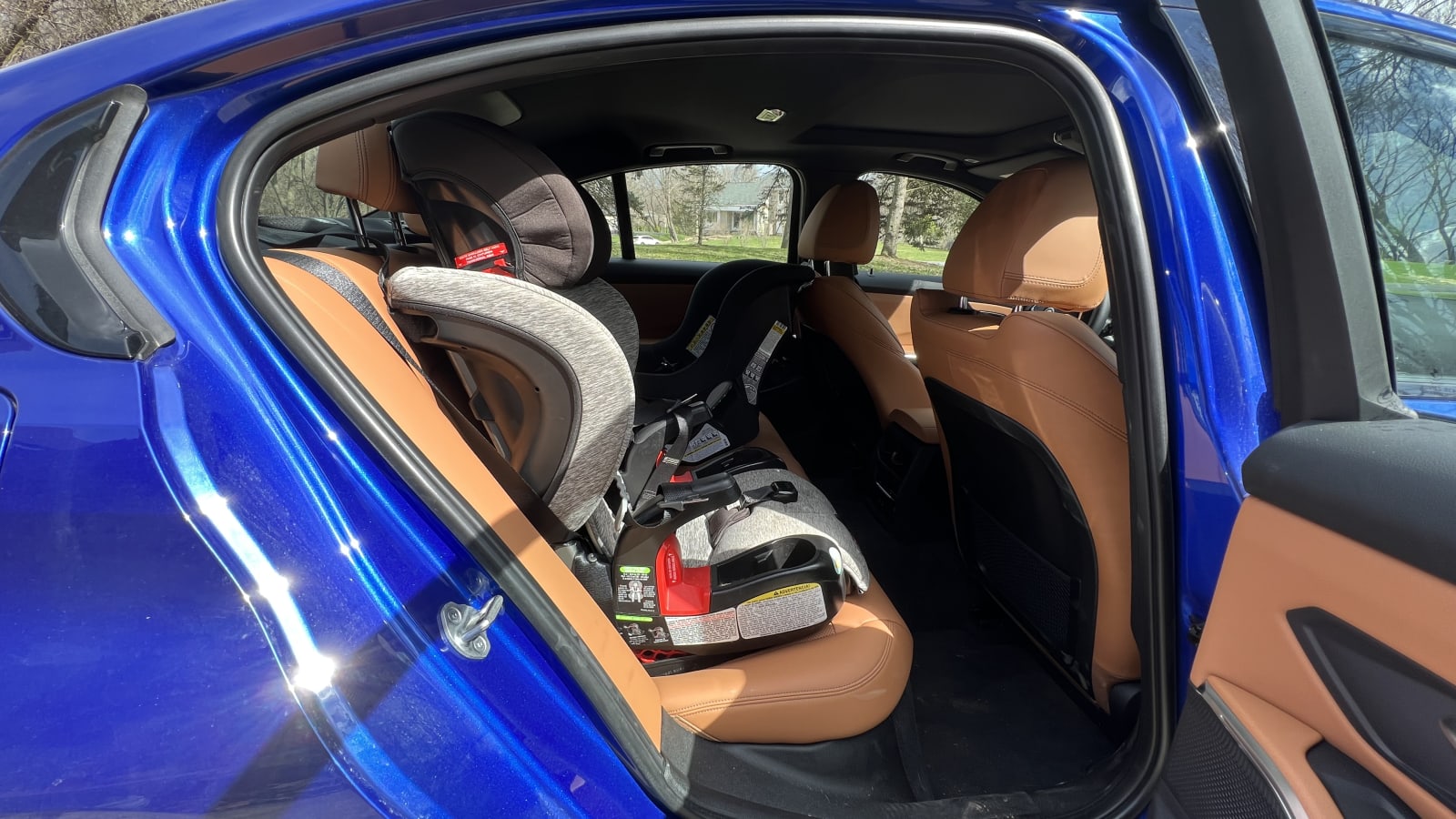 Eventually, though, I’d have to do double duty, and carry both kids at the same time, so I moved my seat forward, then forward some more, and installed Lola’s seat behind me, leaving Wollie curbside. As I expected, I was sitting forward enough for my legs to be uncomfortable — close to the pedals with my knees bent a bit more than I’d like — though I was able to adjust the steering wheel to a position that was just as comfortable as before.

When the school week ended, I swapped the seats, front-facing 6-year-old behind me, and rear-facing toddler behind the passenger seat. I moved the driver’s seat back to my ideal position, and measured the distance of the adjustment. 2.5 inches doesn’t sound like a lot, and I’ve been in cars where I’d have it a lot worse, but boy it felt good to be able to stretch my legs to the pedals. Wollie’s got less legroom, of course, but he doesn’t complain. 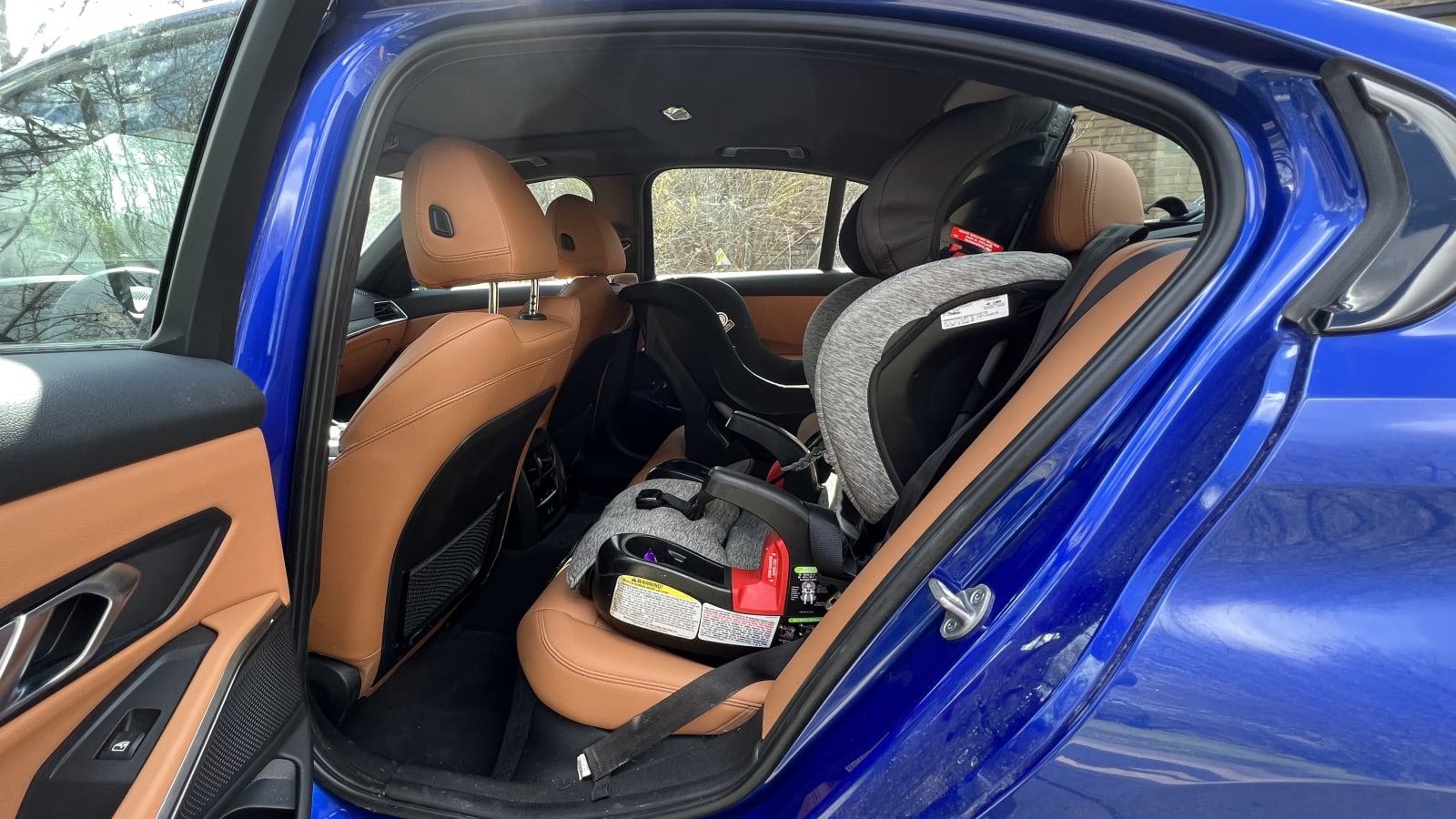 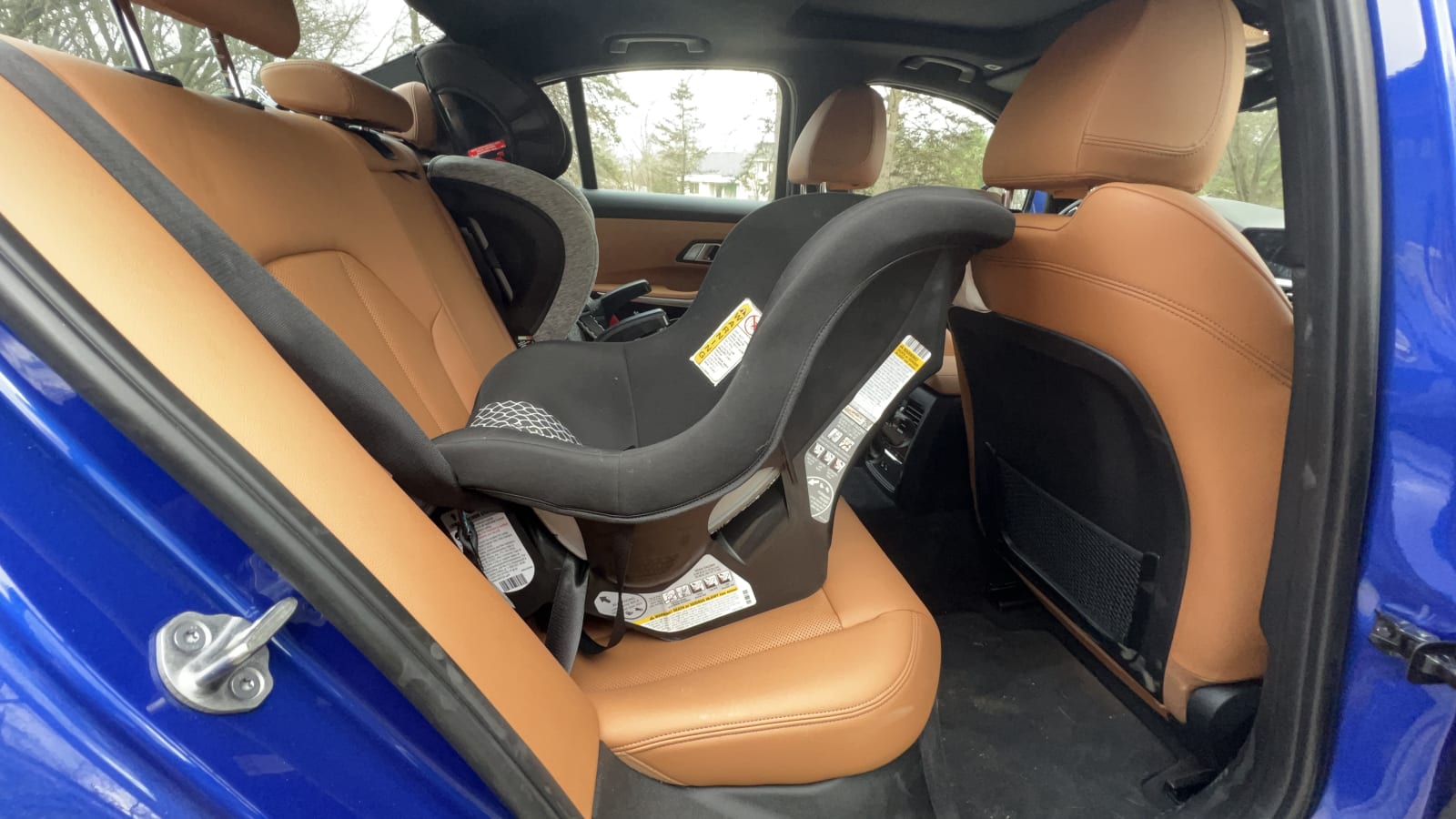 As for seat installation, it’s easy in this 3 Series. The door openings are big enough to easily maneuver the seats into the vehicle, and there’s enough open air that reaching over and around them to strap them in isn’t a contortion act. The lower LATCH anchors (which are body-color!) are behind huge flip-up plastic covers — easy to spot, and you don’t have to stash them anywhere. Even the three anchors for top tethers are easy to reach and latch onto, with no weird wrist angles or fingertip trickery to try to get around the headrests and below the rear glass. 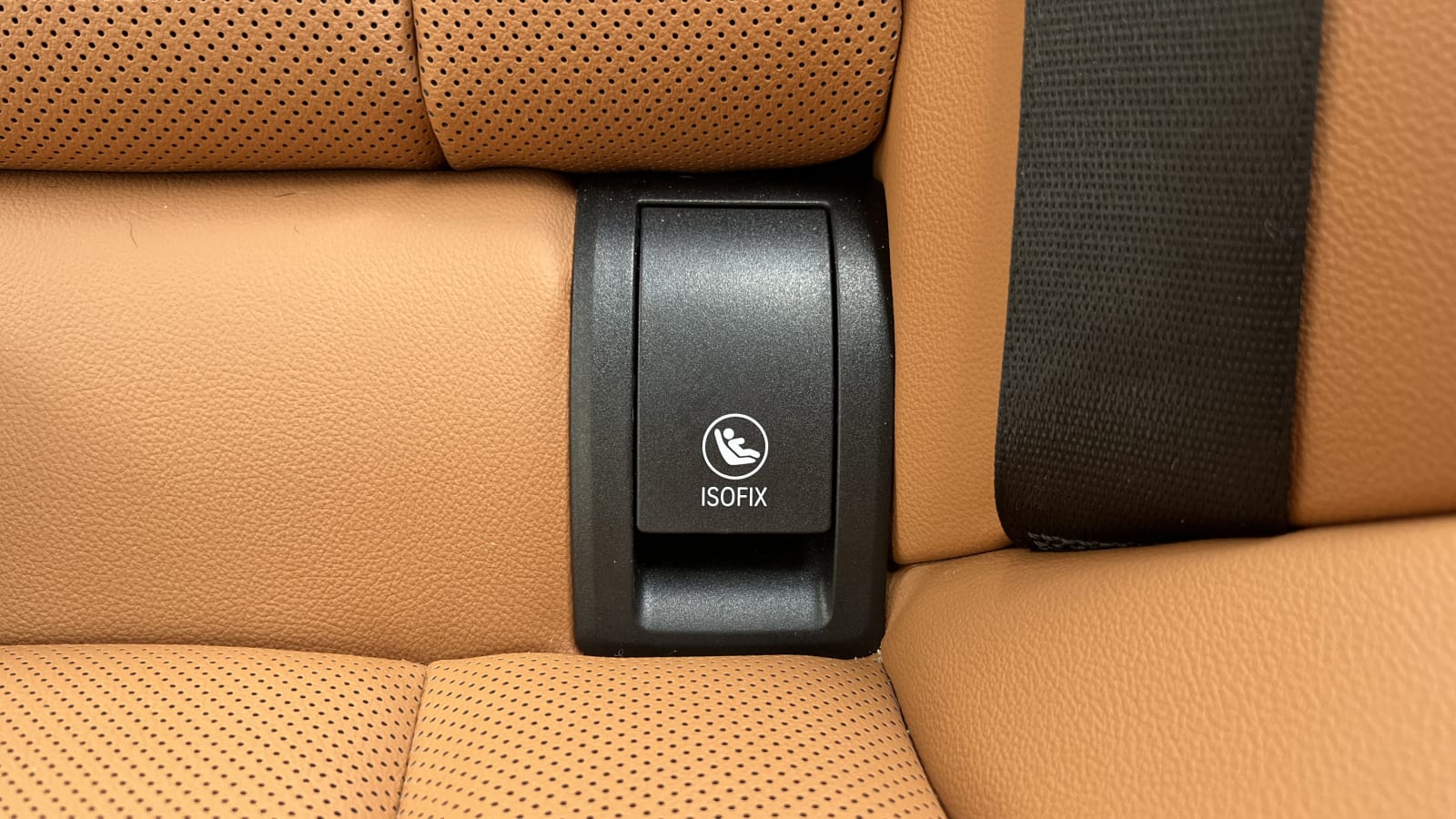 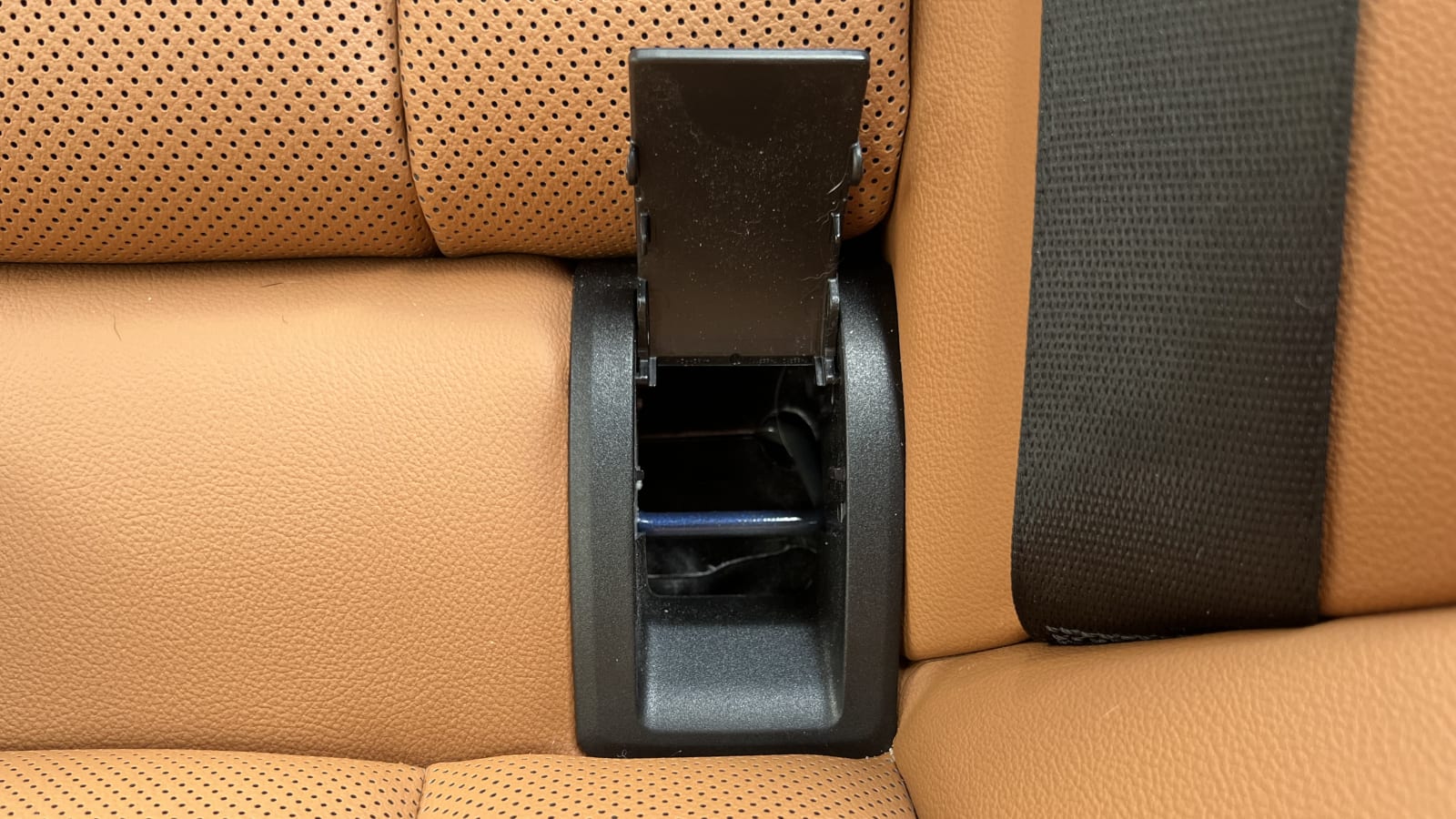 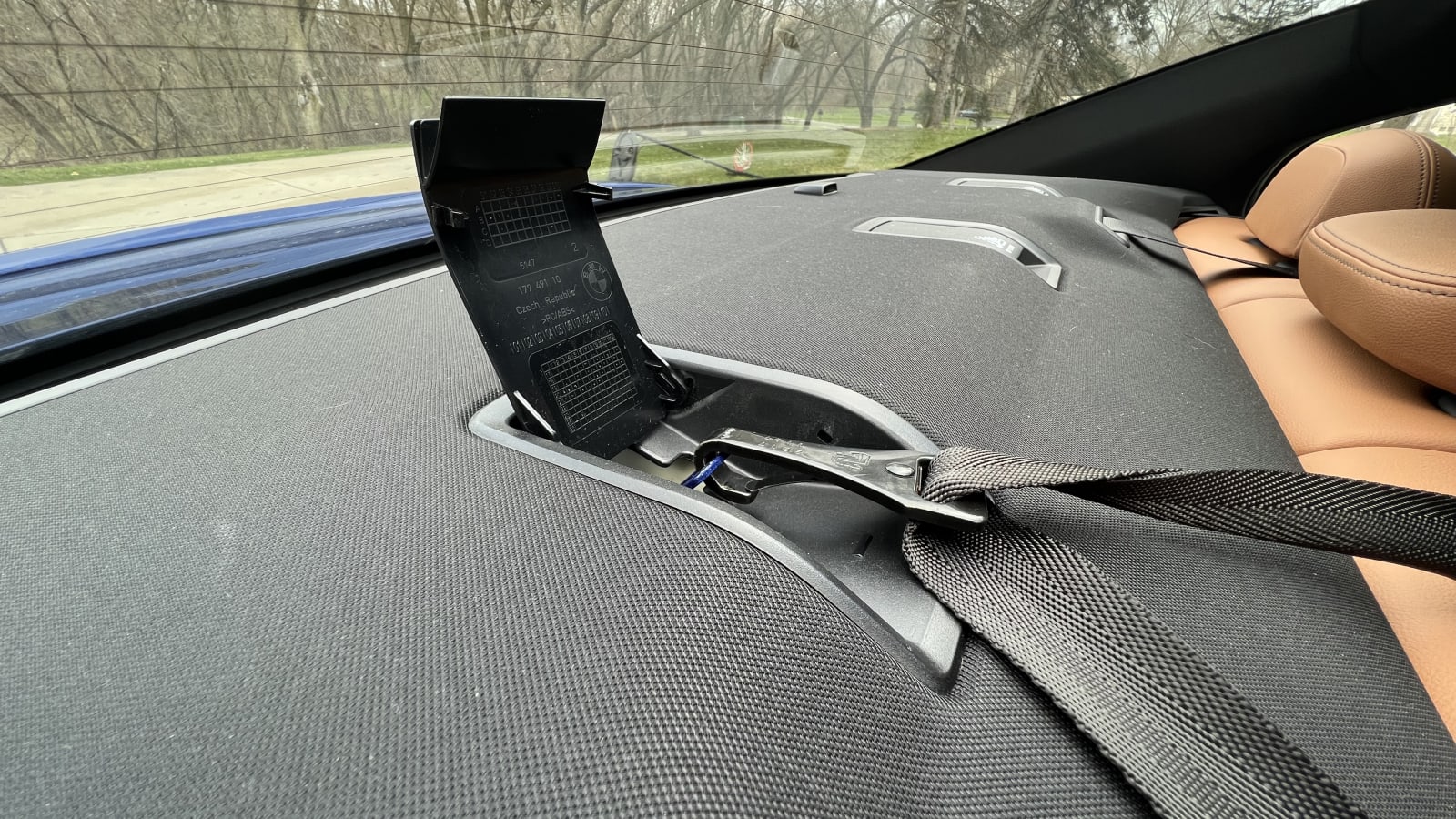 All in, car seats are easy to manage in the 330e so long as you know to expect the occupant in front of a rear-facing seat will have to move their chair forward. In fact, I’d say it’s even easier than in the Volvo S60, especially when it comes to the top tethers.