‘2022 could be the year of financial reckoning’: Bankruptcy cases fell dramatically in 2021, but new challenges await 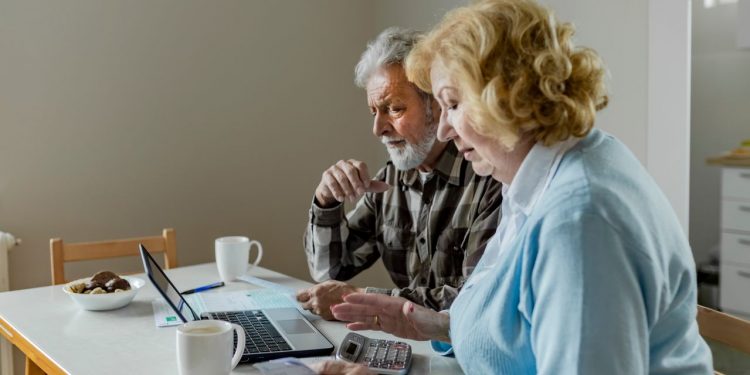 
The pandemic keeps grinding on, and the number of bankruptcies keep plummeting — at least for now.

Consumers who were over their head in debt and distressed businesses submitted 434,540 bankruptcy filings through September, according to a report on the federal court system from Supreme Court Chief Justice John Roberts.

Even before the pandemic, bankruptcy cases in recent years were already well off the high numbers during the Great Recession. There were approximately 1.6 million cases in the first nine months of 2010.

Most bankruptcy cases are filed by consumers, the report noted. Cases can give a person a fresh financial start after they enter a court-supervised plan to pay back creditors via repayment plans or liquidated assets.

“Increased government benefits” throughout the year — such as third round $1,400 stimulus checks, supplemental jobless benefits and monthly child tax credit payments — were one reason for the drop, the report said.

So were eviction moratoriums, including a now-lapsed federal halt on evictions. The year-end report also pointed to “state lockdown orders that decreased personal expenditures.”

“‘There are many forces that are pushing people to not file bankruptcy right now and definitely throughout 2021.’”

As of November, there were 369,690 cumulative bankruptcy filings in the 50 states and Washington D.C., according to separate American Bankruptcy Institute data. By the same point last year, there were 523, 917 cases filed.

Are these numbers a sign of the benefits from stimulus checks and monthly child tax credit payments? Or a sign of a rebounding economy during a job-seekers market? If so, should that raise concern for 2022 as more government aid goes away?

“There are many forces that are pushing people to not file bankruptcy right now and definitely throughout 2021,” said Professor Pamela Foohey, a consumer bankruptcy expert teaching at Yeshiva University’s Benjamin N. Cardozo School of Law.

Before bankruptcy, Foohey said it can take people around two years of financial struggle that ends with a crisis like an eviction notice. But it’s unclear when the clock on that struggle might be occurring in the current context, she added.

Excluding mortgages, household debt balances for obligations like auto loans, credit cards and student loans rose by $61 billion to $4.25 trillion in the third quarter, according to the Federal Reserve Bank of New York.

“2022 could be the year of financial reckoning where people start having to pay more on their debts,” Foohey said.

A Discovery of Witches Season 2 Recap: Blood Rage, Time-Spinning and the Book of Life

A Discovery of Witches Season 2 Recap: Blood Rage, Time-Spinning and the Book of Life