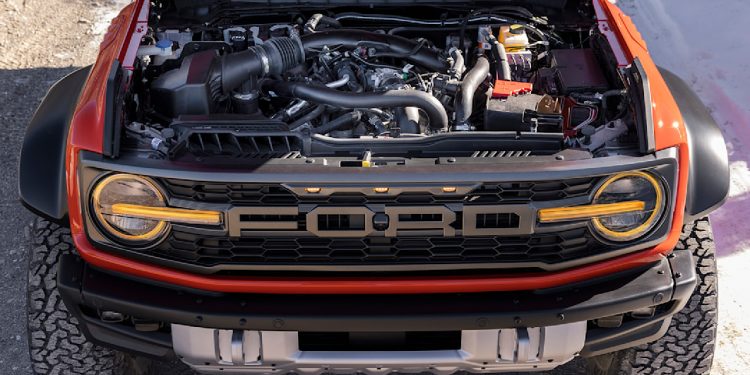 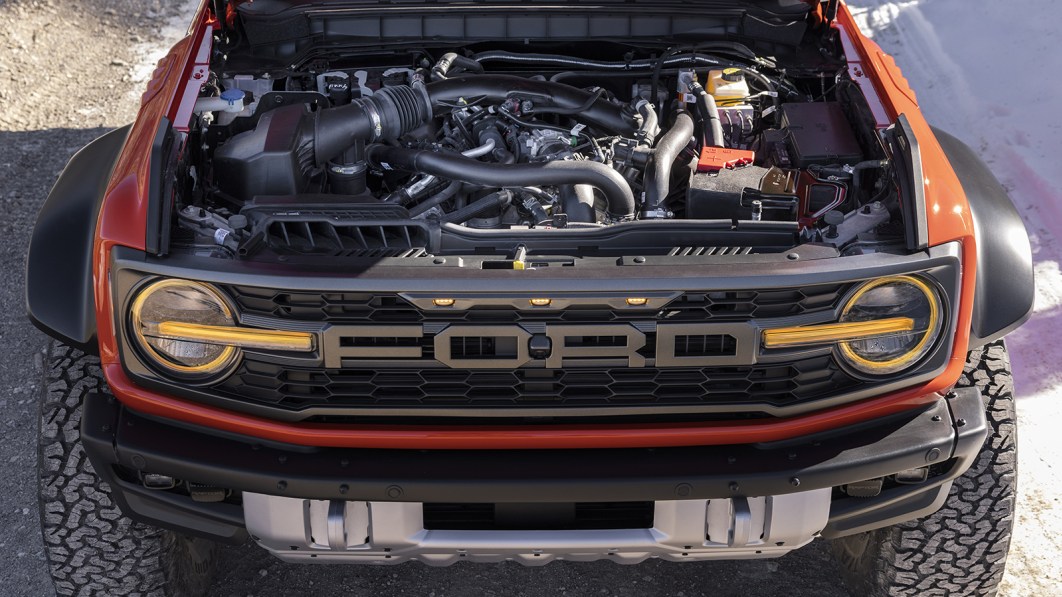 Revealed in a tweet by Ford CEO Jim Farley, the Bronco Raptor will officially make 418 horsepower and 440 pound-feet of torque. That meets Ford’s initial promise of “more than 400 horsepower,” so you could consider that a success. This power comes courtesy of the Raptor’s 3.0-liter twin-turbocharged V6, which offers more displacement and more power than the normal Bronco’s top-rung 2.7-liter boosted V6.

Where the Bronco Raptor has a tiny edge over the Wrangler 392 is in fuel economy. Don’t think fuel economy is even remotely wallet-friendly, though. Its official EPA ratings are 15 mpg city, 16 mpg highway and 15 mpg combined. Meanwhile, a Wrangler 392 is rated at 13 mpg city, 17 mpg highway and 14 mpg combined. Assuming mixed driving, the Bronco Raptor will save you about $1,100 in fuel costs per year, according to EPA estimates. We’d be remiss to not point out the Wrangler’s slight advantage on the highway, though it’s only a small 1 mpg advantage at that. Of course if you’re really concerned about having your power while keeping fuel consumption to a minimum, that Wrangler 4xe we mentioned returns 20 mpg combined on gas alone, and has 22 miles of electric range. With a full charge, the estimated combined fuel economy is 49 mpg-e.

Deliveries for Bronco Raptors are slated to begin this summer, and it starts at $69,995.

CDC says monkeypox doesnt spread easily by air: ‘This is not Covid’ - CNBC

‘I was awful to live with’: Lisa Curry’s private hell