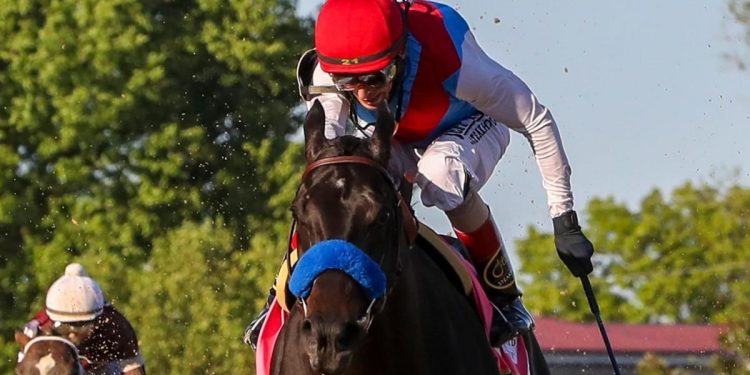 A fixture in the horse racing world who has been writing about, talking about and betting on races for years, Demling has been on-point with his horse racing bets. He hit the exacta in the Wood Memorial in April. Last year, he hit the exacta, trifecta and superfecta in the Belmont Stakes. This is the same handicapper who hit the Derby-Oaks double at Churchill Downs nine times in the last 13 years. That means he held a ticket with the winners of both the Kentucky Oaks and Kentucky Derby all but four times in his last 13 tries.

In addition, at one point in 2020, he picked the winners of six straight races: the Saudi Cup, Gotham Stakes, Rebel Stakes, Louisiana Derby, Florida Derby, and Belmont Stakes. On Friday, he nailed the exacta in the 2022 Kentucky Oaks. Anyone who has followed him on these races is way up.

Now, with the 2022 Kentucky Derby lineup locked in, Demling is sharing his picks and predictions over at SportsLine. Go here to see them.

One of Demling’s surprising 2022 Kentucky Derby picks: He is fading Epicenter, saying one of the top favorites barely even cracks the top three. Trained by Steve Asmussen, Epicenter will have experience on his side after running in six races as a two- and three-year-old. However, he hasn’t been dominant and you’d be hard-pressed to find anyone who has had worse luck in the Kentucky Derby than Asmussen.

The winningest trainer in North American horse racing history, Asmussen is a staggering 0-for-23 at the Kentucky Derby. Epicenter finished sixth in his debut race at Churchill Downs as a two-year-old, when a sloppy track contributed heavily to his failings. Track condition could be a factor again on Saturday with rain falling Friday in Louisville.

Another stunner: Demling is high on Mo Donegal, even though he’s almost a double-digit long shot and will race from the inside post. Mo Donegal is owned by Jerry Crawford of Donegal Racing, who relies on metrics from a system he developed to identify top potential in the horses he acquires.

Crawford’s formula was used to identify previous Kentucky Derby entries Dullahan, Paddy O’Prado and Keen Ice. However, many are higher on Mo Donegal’s chances at winning at the 2022 Kentucky Derby than his past thoroughbreds. Pletcher has been less aggressive with Mo Donegal than his other horses in the 2022 Kentucky Derby field, Charge It and Pioneer of Medina, and has implied Mo Donegal is his most race-ready entry ahead of Saturday. After a much quicker stride in his breezing work on April 30 than his session on April 22, Mo Donegal appears fit to compete as a top option to run for victory.

Demling is especially high on an evening bigger double-digit long shot who has “been training great at Churchill Downs,” and is set to hit the board hard. Demling is sharing which horse it is, along with his entire projected leaderboard, over at SportsLine.

Rumour – Sony Could Be Looking To Buy Square Enix