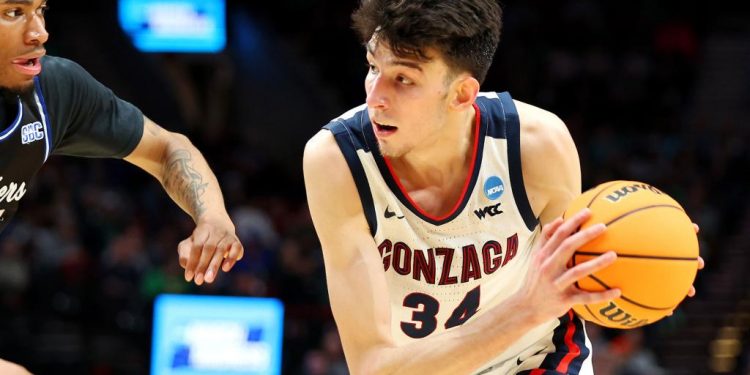 The NBA playoffs are in full swing, but for 13 teams, draft season starts now.

Tuesday’s lottery saw the Orlando Magic win the top pick, followed by the Oklahoma City Thunder and Houston Rockets to round out of the top three for the June 23 draft.

For the Magic — who finished an Eastern Conference-worst 22-60 — the stroke of luck came 30 years to the day the franchise won the top pick in the 1992 draft that saw Shaquille O’Neal go No. 1. The following year, they took Chris Webber with the first pick, sending him to Golden State for Penny Hardaway and three future first-rounders Orlando last selected first-overall in 2004, adding Dwight Howard.

“It feels great,” Orlando president of basketball operations Jeff Weltman said. “I’m so happy for our fans. They really stuck with us. And nights like this help, where you can really show the fruits of why you go through these phases and these cycles. And hopefully, they’re really excited by this.”

Houston, Orlando and Detroit each had a 14 percent chance at coming away with the first pick, which will likely be Auburn’s Jabari Smith, Gonzaga’s Chet Holmgren or Duke’s Paolo Banchero.

Sacramento, which had the seventh-best chance to land the top pick jumped to No. 4.

The Pelicans are the lone team playoff team to have a lottery pick after the Anthony Davis trade with the embattled Lakers and will pick eighth.

Oklahoma City also came away with the No. 12 pick, thanks to the Thunder’s trade of Paul George to the Clippers.

Aid groups said that, in...

Why Is Inflation So High? Why Was 2008 Different?