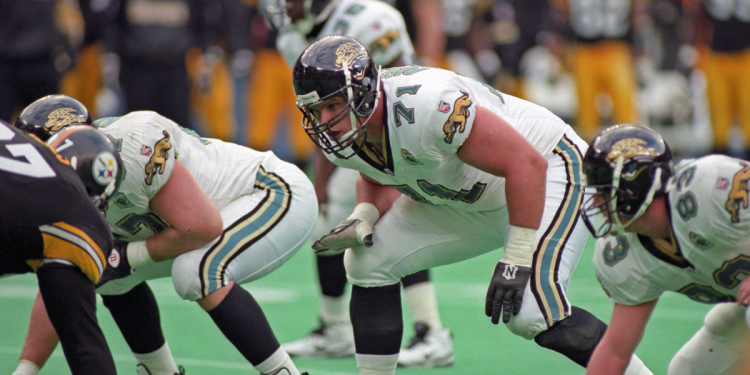 
The 2022 Pro Football Hall of Fame induction class was announced Thursday night on NFL Honors. The players selected for induction will receive their honorary gold jackets in Canton, Ohio on Friday, August 5, a day after the annual Hall of Fame Game. They will officially be inducted into the Hall of Fame on Saturday, August 6.

Here’s a look at who will receive a gold jacket, a bronze bust and an eternal place in NFL history this summer.

Branch helped revolutionize the game by becoming one of the most dangerous deep ball threats of his era. In 1974, his first season as a starter, Branch led the league in receiving yards and touchdown receptions. Over the next three years, he would earn three Pro Bowl selections and two All-Pro nods while again leading the NFL in touchdown receptions in 1976. That was also the season where Branch helped the Raiders compile a 13-1 regular season record en route to the franchise’s first-ever Super Bowl win.

After leading UCLA to a Rose Bowl victory over Woody Hayes’ Buckeyes, Vermeil took over a struggling Eagles franchise in 1976 and turned them into a playoff team in 1978. Two years later, Vermeil guided the Eagles to their first-ever NFC title.

After a 14-year break, Vermeil returned to the sidelines in 1997, taking over a Rams team that was among the worst in football during the decade. After two losing seasons, Vermeil and the Rams went on a magic carpet ride in 1999, as the Rams transformed into the “Greatest Show on Turf” behind quarterback Kurt Warner, running back Marshall Faulk and receivers Isaac Bruce and Torry Holt. The ’99 Rams won 13 regular season games before defeating the Titans in Super Bowl XXXIV, evening Vermeil’s Super Bowl record in the process.

Regarded as the “father of modern officiating,” McNally was an NFL referee during the 1960s before becoming the league’s supervisor of officials in 1968. McNally started the first program to train and evaluate football officials in professional sports. McNally is credited for several innovations to officiating that includes ushering in instant replay in 1986. After retiring from the NFL in 1991, McNally returned in 1995 as an assistant supervisor of officials and remained in that position until 2007. He continued to work for officials as an observer until 2015.