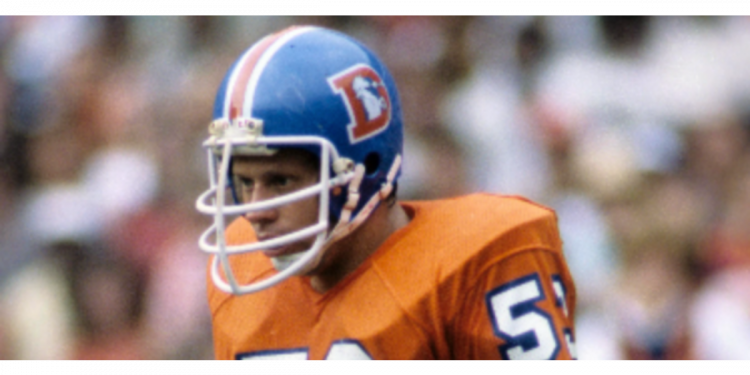 
The Pro Football Hall of Fame has taken another step toward finalizing its 2023 induction class. On Wednesday, the Hall of Fame’s senior and coach/contributor committees reduced their respective lists to 12 finalists for future induction in Canton, Ohio.

Here’s a rundown of each senior, coach and contributor finalist.

LB Randy Gradishar (1974-83): The anchor of the Broncos’ “Orange Crush” defense that spearheaded the franchise’s first Super Bowl berth in 1977. A seven-time Pro Bowler, Gradishar was the league’s Defensive Player of the Year in 1978.

LB Chuck Howley (1958-59, 1961-1973): The only Super Bowl MVP from a losing team, Howley picked off two passes in Dallas’ 16-13 loss to the Colts in Super Bowl V. He had another interception in Super Bowl VI, as the Cowboys defeated the Dolphins to win their first Super Bowl. Howley was named to six Pro Bowls and was a five-time All-Pro.

TB-HB Cecil Isbell (1938-42): A key member of the Packers’ 1939 championship team, Isbell was a four-time Pro Bowler who led the NFL in passing yards and touchdown passes during the 1941 and ’42 seasons.

DL Joe Klecko (1977-88): The versatile lineman earned Pro Bowl nods at defensive end, defensive tackle and nose tackle. He led the NFL with 20.5 sacks in 1981 while serving as a valuable member of the Jets’ “New York Sack Exchange” defense.

LG Bob Kuechenberg (1970-1983): A six-time Pro Bowler, Kuechenberg made 195 starts for the Dolphins that included four Super Bowl games. He was a key member of Miami’s back-to-back championship teams that includes the undefeated 1972 team.

LB Tommy Us (1966-76): Atlanta’s first-ever draft pick, Nobis won Rookie of the Year in 1966 while recording an astounding 294 tackles. He was selected to five Pro Bowls and is a member of the NFL’s All-Decade Team for the 1960s.

CB Ken Riley (1969-83): A career Bengal, Riley’s 65 career interceptions are tied for the fifth most in NFL history. In 1983, his final season, Riley picked off eight passes while returning a league-high two for touchdowns.

WR Sterling Sharpe (1988-94): The older brother of Hall of Fame tight end Shannon Sharpe, the elder Sharpe led the NFL in receptions on three occasions. He also led the league in touchdown receptions twice while pacing the NFL in receiving yards in 1992, Brett Favre’s first season as the Packers’ starting quarterback.

CB Everson Walls (1981-93): Walls led the NFL in interceptions three times during his nine seasons with the Cowboys. A four-time Pro Bowler, Walls won a Super Bowl with the Giants in 1990. He retired with 57 career interceptions.

Roone Arledge: A longtime broadcasting executive, Arledge is credited with the creation of “Monday Night Football”.

Don Coryell: Coryell took the passing game to new heights during his 14-year head coaching career. He led the Cardinals to back-to-back playoff berths in the early ’70s before leading the Chargers to four consecutive playoff appearances from 1979-82. Coryell was the architect of the Chargers’ high-scoring offense that was appropriately known as “Air Coryell”.

Mike Holmgren: After winning a Super Bowl as the 49ers’ offensive coordinator, Holmgren won a title with the Packers as Green Bay’s head coach in 1996. He won a second NFC title with Green Bay in 1997 before leading the Seahawks to the franchise’s first Super Bowl berth in 2005.

Frank “Bucko” Kilroy: A former Pro Bowl player, Kilroy spent 36 years with the Patriots an an executive. He won an NFL championship as a member of the Eagles’ front office and three Super Bowls with the Patriots in the early 2000s.

Robert Kraft: The Patriots have won six Super Bowl since Kraft began his ownership of the franchise in 1994. Kraft has also been instrumental in several lucrative TV contracts while also playing a hand in settling the league’s 2011 lockout.

Art Modell: Modell owned the Browns from 1961-95 before moving the franchise to Baltimore. He won an NFL title with Cleveland in 1964 and a Super Bowl title with the Ravens in 2000.

Buddy Parker: Parker won 107 games as coach of the Cardinals, Lions and Steelers. He led the Lions to back-to-back NFL championships in 1952-53.

Dan Reeves: A former Cowboys player, Reeves coached the Broncos in three Super Bowls before leading the Falcons to the franchise’s first Super Bowl berth in 1998.

Art Rooney Jr.: Served as the Steelers’ personnel director when the franchise won four Super Bowls over a six-year span. Worked closely with former Steelers scout Bill Nunn, who was inducted into the Hall of Fame last summer.

Mike Shanahan: Was the Broncos coach when the team won back-to-back titles in 1997-98. Served as the 49ers’ offensive coordinator when San Francisco won Super Bowl XXIX.

John Wooten: A former player, Wooten enjoyed successful front office tenures with the Cowboys, Eagles and Ravens. In 2003, he became the chairman of the Fritz Pollard Alliance, which works with the NFL on minority hiring in coaching, scouting and front office positions.