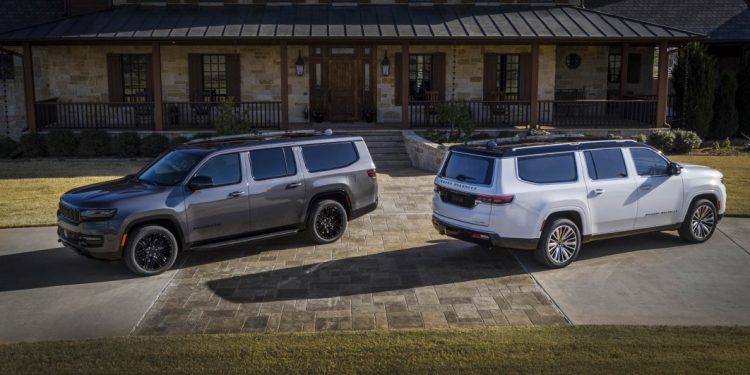 
Jeep’s Wagoneer line is gaining momentum for 2023 with new, long(er)-wheelbase “L” variants that will give Jeep the tools needed to really square off against the full-size SUV segment, plus a pair of new engines that will replace the Wagoneer’s aging pair of Hemi V8s. We provided a fairly comprehensive size and powertrain comparison of the Wagoneer against other full-size SUVs back when the short-wheelbase model launched in 2021 and it looks like we’ll have to do another, as the L throws both of those categories completely on their ears.

The Wagoneer L’s 130-inch wheelbase (a 7-inch increase over the standard Wagoneers) will actually end up being the shortest in the full-size luxury SUV category, but not by much. Lincoln’s Navigator L (oops) checks in at 131.6 inches and the Cadillac Escalade ESV and GMC Yukon XL boast 134 inches between axles. The Wagoneer L’s total length grew by a foot overall.

The powertrain situation is even spicier. The Wagoneer L will come standard with Stellantis’ new Hurricane twin-turbo inline-6 engine that produces 420 horsepower and 468 lb.-ft. of torque. The Grand Wagoneer L will benefit from the high-output version, which Jeep is referring to as the “Hurricane Twin Turbo 510.” The “510” denotes its power output; torque checks in at 500 lb-ft.

We called that a “Hemi replacement” when it was announced and the Wagoneer L is our first taste of exactly that. The standard Wagoneer is powered by a 5.7-liter Hemi with the eTorque mild hybrid system good for 392 hp and 404 lb-ft. That was the most powerful standard engine among full-size American luxury SUVs and the Hurricane will top it. The Grand Wagoneer’s 6.4-liter V8 makes 471 horsepower and 455 lb-ft of torque; the 510 version of the Hurricane has that handily beat too, and now offers segment-leading torque. 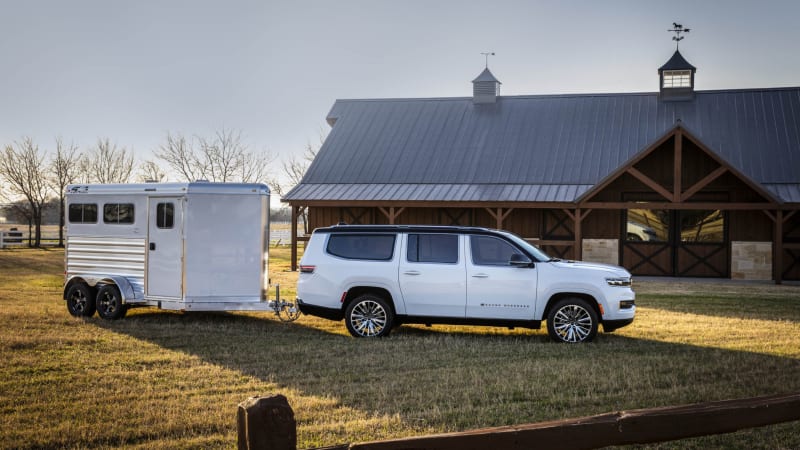 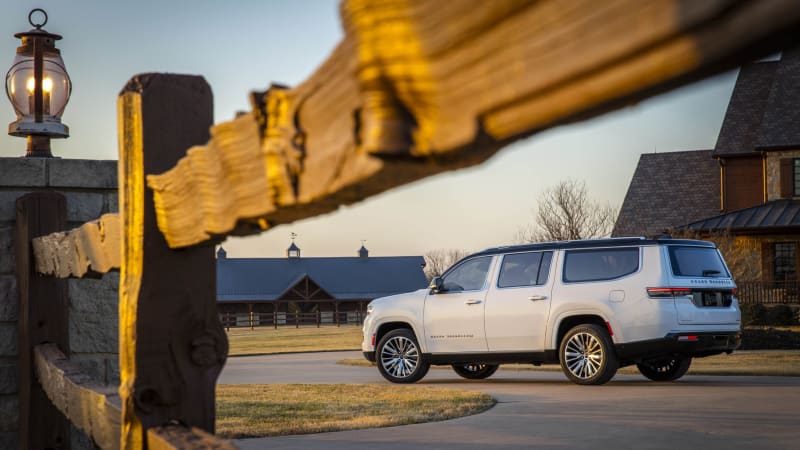 That’s all great, but if that power and complexity come without weight savings, has Jeep really moved the ball down the field at all? The Hurricane is supposed to be about 150-200 pounds lighter than its equivalent Hemis. Until Jeep offers the standard Wagoneer with both of its new Hurricane engines, it’ll be tough to make an apples-to-apples comparison, but we’re pleased to see that the base curb weight of a Wagoneer L 2WD is only about 100 pounds more than that of the standard Wagoneer. The Grand Wagoneer L, however, appears to have gained close to 300 pounds over the standard-wheelbase equivalent.

Inside, the first and second rows are virtually identical to the standard Wagoneer and Grand Wagoneer. Even the third-row passenger dimensions remain the same; where the L really shines is cargo room. The Wagoneer L offers 44.2 cubic feet of cargo volume behind the third row (up from 27.4) — trumping the Escalade ESV and Yukon XL. Drop the third row and that expands to 88.2 cubic feet. Drop the middle row and you have enough space to lay a 4×8 sheet of plywood flat (130.9 cubic feet). All L models feature six tie-down loops in the cargo area and Grand Wagoneer L models come standard with a rail system for cargo management.

Everything else about the Wagoneer L and Grand Wagoneer L will essentially mirror the existing “short” wheelbase equivalents, with 2WD available on the Wagoneer L and 4WD standard on the Grand. Pricing has not yet been announced; stay tuned for that a little closer to go-time.

Nasdaq CEO Adena Friedman on the Future of the Exchange

Nasdaq CEO Adena Friedman on the Future of the Exchange