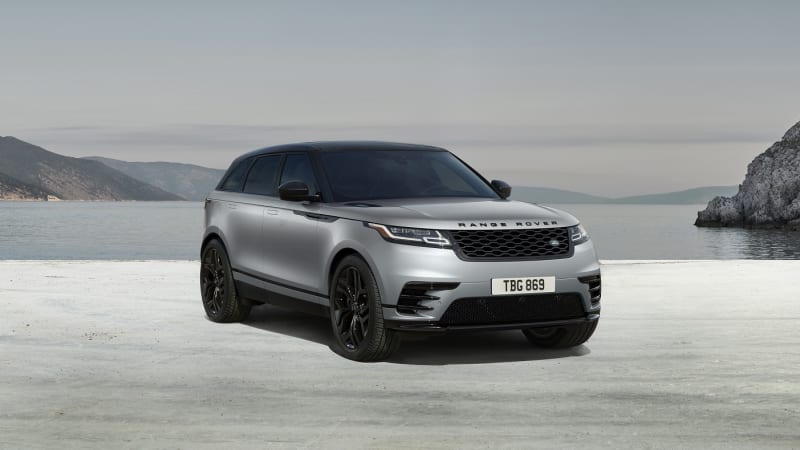 Land Rover is expanding the Range Rover Velar lineup towards the top with a new trim level called HST. Due out for the 2023 model year, the Velar HST was designed with an eye on performance and it will stand proud as the quickest and most powerful member of the range.

If the HST nameplate sounds familiar, it’s likely because the trim level has previously been offered on the Range Rover Sport and the Range Rover Evoque. For the Velar, Land Rover started with the R-Dynamic S model and fitted a 3.0-liter straight-six that relies on a turbocharger and an electric supercharger to develop 395 horsepower from 5,500 to 6,500 rpm and 405 pound-feet of torque between 2,000 and 5,000 rpm. That’s a big increase over the R-Dynamic S, which posts 335 and 354, respectively, and the six sends the HST from zero to 60 mph in 5.2 seconds ⁠— eight-tenths of a second quicker than the R-Dynamic S. An eight-speed automatic transmission spins the four wheels.

Several styling cues set the HST apart from other members of the Velar family. It receives a black roof panel, the Black Pack (which adds black exterior trim), and specific 21-inch wheels. Buyers have the full Velar color palette to choose from, but they can also order the HST in a shade called Arroios Gray that’s not offered on the other trim levels. The hatch gains a subtle “HST” emblem below the “VELAR” lettering.

Inside, buyers are treated to a black Suedecloth headliner, a panoramic roof panel, and the Park Assist Pack, which bundles a surround-view camera and Park Assist technology capable of automatically parking the Velar. The list of electronic driving aids also includes adaptive cruise control with steering assist, and an electronic air suspension system with Adaptive Dynamics technology comes standard on the HST.

While the HST is the most powerful member of the 2023 Velar range, it’s not the most powerful variant of the Velar that Land Rover has ever offered. That honor goes to the SVAutobiography Dynamic, which packed a 542-horsepower V8 and was only sold for one model year.

A greener internet of things with no wires attached

A greener internet of things with no wires attached