Reddit, the edgy online discussion forum that has been at the centre of the recent US retail trading mania, has raised $250m from private investors as it continues its bid to attract advertisers dollars from big brands.

The late-stage fundraising, which was led by Vy Capital, gives Reddit a valuation of $6bn excluding the cash infusion, the company said. The social media group was last valued at $3bn after a funding round in early 2019.

In a blog post on Monday, the company wrote that it had “decided that now was the right opportunity to make strategic investments in Reddit including video, advertising, consumer products and expanding into international markets”.

It added it planned to “double the number of Reddit employees this year”.

The news, which was first reported by The Wall Street Journal, comes as the platform has been in the spotlight for its role in the recent retail trading frenzy, whereby armies of inexperienced traders co-ordinated bets on Reddit’s r/WallStreetBets message board. This sent shares of several selected so-called meme stocks including GameStop and AMC Entertainment rocketing higher towards the end of January, in moves that stung hedge funds betting on declines.

The episode has attracted scrutiny from regulators. But it has also drawn new users and advertisers to the site, chief executive Steve Huffman told the Journal. Capitalising on the interest, Reddit took out a short but popular television advertisement during American football’s annual Super Bowl event on Sunday. 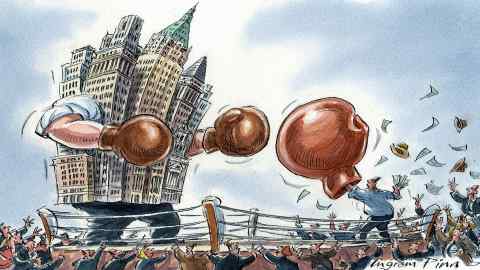 Separately, the discussion forum, which was founded in 2005 and in its early days cast itself as a bastion of free speech, has taken steps to more closely moderate its platform after it faced scrutiny for hosting hate speech from fringe and far-right groups.

The clean-up has helped Reddit woo advertising clients; the company’s direct advertising revenues jumped 90 per cent year-on-year in the final quarter of 2020, it said on Monday.

It also announced in December that it had bought the lip-syncing video app Dubsmash for an undisclosed amount, as social media platforms increasingly expand beyond social and private messaging features into hosting viral short videos after Chinese-owned TikTok popularised the format.

Investors in the latest funding round include Inclusive Capital, which has not previously invested in the company, existing investor Advance Publications and others that Reddit declined to disclose.

Chinese tech group Tencent led its previous 2019 funding round, upsetting some Reddit users at the time who feared it might be forced to censor certain content due to its China ties. Reddit has denied this is the case.