3 Dice Games You Can Play Without Anything Else 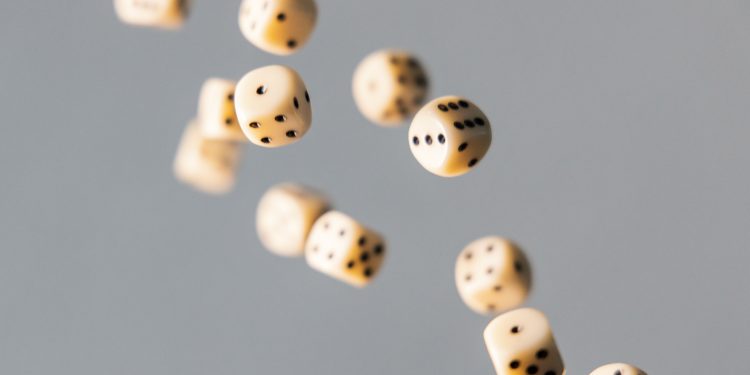 Dice games have real appeal for players who love a combination of luck, speed, and simplicity. Dice games have been around for at least 5,000 years thanks to their relative ease of play. Unlike many other casino games, you don’t need any complicated kit or equipment – just the players, however many dice the game requires, and a willingness to get involved.

If you’re a novice, it’s relatively easy to learn how to play dice, and there’s a fairly low learning curve, meaning that you can become confident in a reasonably short amount of time. Plus, because dice games are so fast, you’re able to keep rolling and rolling, which gives the double benefit of amping up the excitement and letting you learn as you go.

This article will outline three dice games that you can play with dice alone. Grab your friends and your family, find a flat surface, and get ready to enjoy the thrill of these dice games.

Our pick of the 3 top dice games

Mexico is one of the most simple and entertaining dice games. You only need two dice for rolling, and each player can be given an additional, single die. This die records how many lives a player has. As the highest number on each die is six, each player starts with six lives.

The dice is rolled by each player. Keep track of the numbers that you roll, as the player with the lowest number in that round will lose a life. The winner of the game is the player who is left standing once all others have lost their lives and exited the game.

If you don’t have enough single die for one per person, you can always keep track of how many lives each player has with a pen and paper – or even on a phone.

Balut is a well-known and well-loved alternative to poker, but is played with dice alone – just be aware that you need five of them. It’s also easy to play with friends and even family. You can either follow the ‘traditional’ Balut rules, or adjust and adapt them as you go along, which can add a little extra spice to your play.

The essential rules of Balut are as follows. Players have to create a range of scoring combinations based on the numbers rolled by the dice. Once these have been established, all players will roll the five dice. Keep track of the points scored based on the combination ruled, as you need to keep rolling until all combinations have been hit. The person who’s scored the highest points based on their combinations rolled is the winner.

In some ways, Balut is a bit like Yahtzee, although it’s a little more flexible as you can adapt the rules to your preference.

If you’ve got a large number of friends to entertain, and at least nine dice, then add Bunco to your list of dice games. Bunco is a great game for large numbers of people looking to have fun and get competitive. It’s deceptively simple, and can be highly addictive as a result.

As many as twelve people can play Bunco, divided into three teams of four – but you can always adapt depending on how many players you have. You just need to ensure that the total number of players is divisible by four.

Players need to try and roll the dice according to the round currently played. So, for example, on the first round, players aim to roll three ones; for the second round, three twos; and so on. When a team manages to roll this, they win a point – known as a Bunco. The winning team is the one with the most Buncos by the game’s end.

There you have it! Three games you can play with nothing more than a few dice and a will to win.

Tags: 3 Dice Games You Can Play Without Anything ElseOur pick of the 3 top dice games
Previous Post