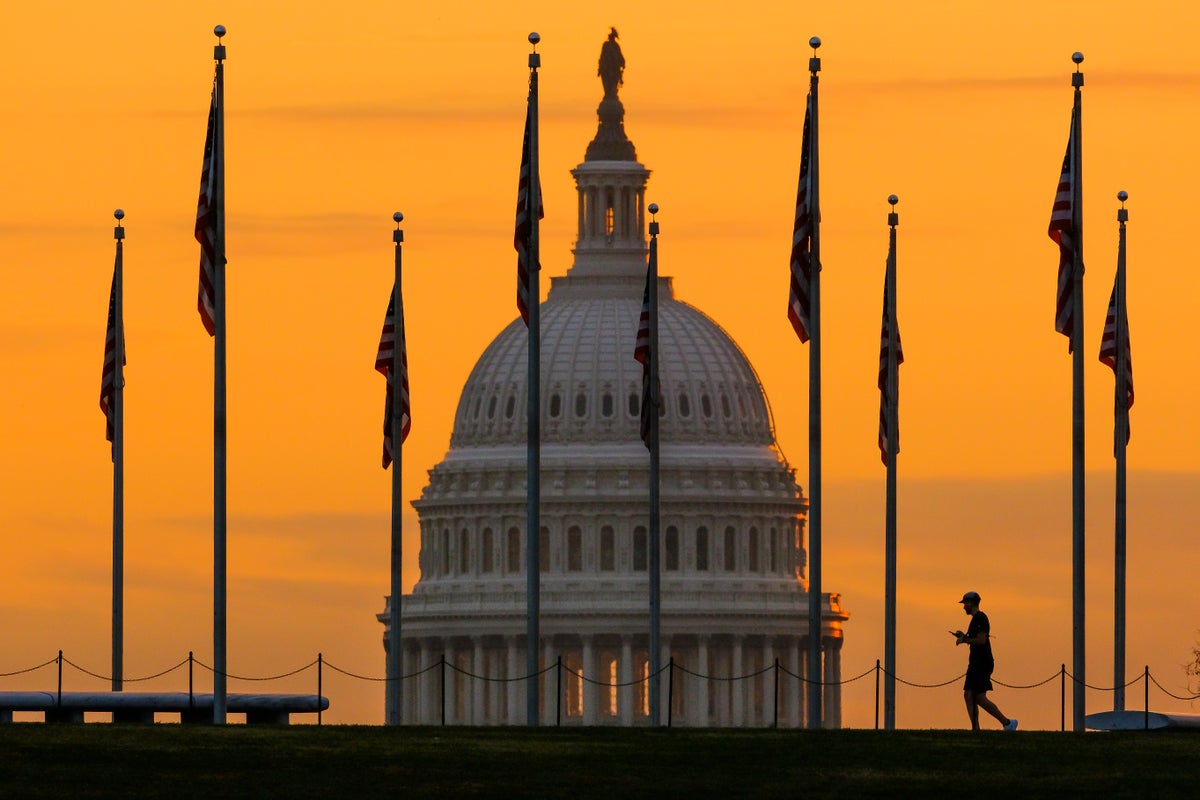 Get our free Inside Washington email

Thirty-six Senate Republican voted against codifying same-sex and interracial marriages just weeks after a shooting at gay club in Colorado Springs left five people dead. The measure ultimately passed 61 to 36, and now heads to the House for final passage.

Every Democrat (save for Raphael Warnock, who was not present) joined 12 Republicans in voting to extend protections for same-sex and interracial couples.

The legislation would require the federal government to recognise a marriage between two people if the marriage was valid in the state where it was performed. It would also guarantee that such marriages are given full faith and credit, regardless of their sex, race, ethnicities or national origin of the people involved.

At the same time, religious conscience objections would be protected, and non-profit religious organisations would not be compelled to provide services, goods or facilities for same-sex weddings. The bill says that no eligible person or entity can lose their tax-exempt status.

“I think it means that this should never be viewed as a partisan issue, And that Republicans recognize that America has moved so far forward on this matter,” Ms Baldwin told The Independent.

But many Republicans objected to the religious liberty protections, which they said were insufficient.

“This is religious discrimination,” Senator Roger Marshall of Kansas told The Independent.

“People who love each other should have an opportunity under secular law to make the same arrangements that will be recognized by the state, regardless of the sex of the participants,” she told The Independent. “What people want to worship in their own churches is up to them. But what the government does, is about treating all of its citizens with equal dignity.”

Senator Cynthia Lummis of Wyoming, a Republican who voted to move the bill forward earlier this month, spoke on the Senate floor about how she had faced criticism for her support.

“For the sake of our nation today and its survival we do well by taking this step,” she said in a floor speech. “Not embracing or invalidating each other’s devoutly-held views but by the simple act of tolerating them.”

Ms Lummis later spoke to The Independent about the diffficulty she faced.

“I have I agonized over this bill. And so I ended up kind of pouring out how I resolved my inner battle to get to the point where I did,” she said. Ms Lummis said she hoped she could speak more to voters in the future.

“And I’m going to send them my core remarks and hopes that it will help them understand why I voted the way I did,” she said.

The bill’s passage comes more than a week after a gunman allegedly opened fire at Club Q, a gay club in Colorado Springs, and killed five people.

“Well, it’s absolutely heartbreaking what what has happened and I think it is all the more reason why we should pass,” Senator Michael Bennet of Colorado, who recently overwhelmingly beat his Republican opponent, told The Independent.

The passage of the legislation comes after the House already codified the legislation. But the Senate will likely send its version back to for final passage.

Read to Feed Is the Reading Program Your Students Will Love