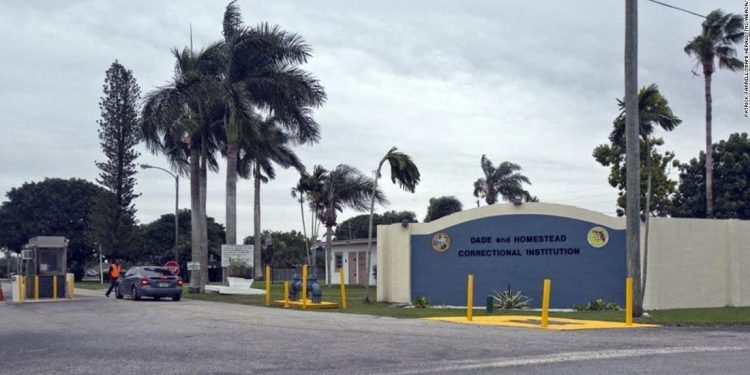 They were booked on second-degree murder, conspiracy, aggravated battery and other charges, Rundle said at a Friday news conference.

Walton’s attorney, David Donet Jr., declined to comment Friday, and an attorney for Connor did not respond to a request for comment by the time of publication. It’s not clear if the two others have attorneys. 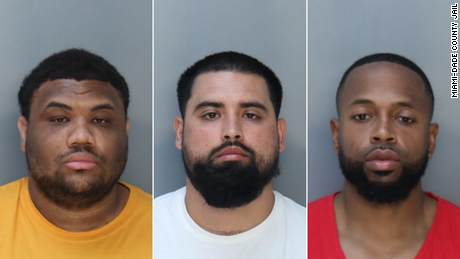 The incident that led to Thursday’s arrests unfolded on the morning of February 14, when the inmate, Ronald Ingram, was in the process of being transferred from the Dade Correctional Institution to another facility, Rundle said. Before being taken from his cell in the mental health unit, he reportedly threw urine on an officer.

Corrections officers then put him in handcuffs and took him from his cell, the agency said. After that, “even though he was in handcuffs and compliant with officer commands, agents say the officers began to beat him,” it said.

“The inmate was beaten so badly he had to be carried to the transport van,” the agency said, adding he was placed in a secure compartment alone.

In the surveillance video shown at the news conference Friday, Ingram can be seen walking independently from his cell to the transportation area with corrections officers. The group is out of sight of the camera for a period, and it is during that time that investigators believe the Ingram was beaten, Rundle said. When the group comes back into view of the camera, Ingram appears to no longer be able to walk unassisted.

En route to the other facility, the van stopped in Ocala, Florida, and the prisoner was found dead, lying on a bench inside the van, the agency said.

His cause of death was a punctured lung that led to internal bleeding, a medical examiner ruled, adding the man had injuries to his face and torso consistent with being beaten, the agency stated. The examiner determined the man’s death was a homicide, Rundle said.

“We all recognize that misconduct, abuse or criminal behavior have no place in Florida’s correctional system,” Rundle said. “Individuals who are sentenced to incarceration by our criminal courts have lost their freedom but not their basic rights. They should not be subjected to forms of ‘back alley’ justice, which are actions that violate Florida law.”

“Based on the facts presented today, these men violated public trust, and they violated the trust of those that work alongside them,” Dixon said.

Dixon listed a number of changes that had been made since Ingram’s death, including moving the warden who was in charge of the facility, “although I have complete confidence” in him, he said.