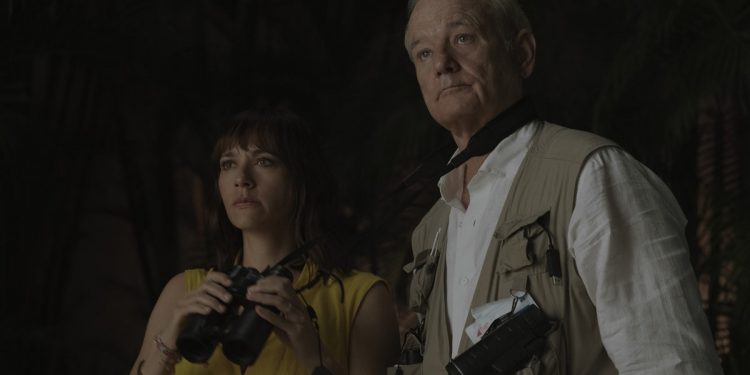 
As you’re undoubtedly aware by now, Apple Original film CODA took home the Academy Award for Best Picture at the 2022 Oscars ceremony. The film, which centres on the story of Ruby (a child of deaf adults) and her experience as the only hearing person in her family, won 3 Oscars in total. If its success at the awards ceremony has convinced you to sign up for Apple TV+, allow us to offer some suggestions for what movies to watch next.

5 of the best movies you’ll find on Apple TV+

Maybe it’s good writing, maybe it’s Tom Hanks. I don’t really care what’s at the heart of this movie’s impact but this post-apocalyptic story is kind of a blend of Cast Away and I Am Legendand it works.

The movie’s synopsis reads as follows:

A robot that lives on a post-apocalyptic earth which was built to protect the life of his dying creator’s beloved dog, it learns about love, friendship, and the meaning of human life.

If Rotten Tomatoes ratings are anything to go off (sometimes they are, sometimes they aren’t), this 2021 documentary film directed and produced by Todd Haynes is a must-watch for music lovers. It has a 98 per cent rating, after all.

The synopsis for The Velvet Underground reads as follows:

The Velvet Underground creates a new sound that changes the world of music, cementing its place as one of rock ‘n’ roll’s most revered bands.

Directed by Bryce Dallas Howard, Dads takes some of the biggest names in Hollywood – from Ron Howard and Will Smith to Neil Patrick Harris and Hasan Minhaj – and dives into the topic of what it means to be a father today.

The movie’s synopsis reads as follows:

Dads is a heartfelt and humorous documentary that celebrates the joys and challenges of parenting in today’s world. Featuring six extraordinary fathers from across the globe, this film offers a firsthand glimpse into the trials and tribulations of modern-day parenting through revealing interviews, rare home-movie footage, viral videos, and hilarious and thoughtful testimonials from some of Hollywood’s funniest celebrities, including Judd Apatow, Jimmy Fallon, Neil Patrick Harris, Ron Howard, Ken Jeong, Jimmy Kimmel, Hasan Minhaj, Conan O’Brien, Patton Oswalt, Will Smith and more. Making her feature directorial debut, Bryce Dallas Howard also offers an intimate look at the dads in her own family, including remarkable interviews with her late grandfather Rance, her father Ron and her brother Reed.

When you combine the likes of Rashida Jones, Sofia Coppola and Billy Murray it’s hard to go wrong. On the Rocks is described as “a blend of an exuberant love letter to New York, a generation-clash comedy about how we see relationships differently from our parents and a funny celebration of the complications that bind modern families even as they tie us in crazy knots”.

The synopsis of the film reads as follows:

A young New York mother faced with sudden doubts about her marriage teams up with her larger-than-life playboy father to tail her husband. What follows is a sparkling comic adventure across the city – drawing father and daughter closer together despite one detour after another.

The Tragedy of Macbeth

This film, which currently has a 93 per cent rating on Rotten Tomatoes, landed Denzel Washington (another) Oscar nomination for Best Actor, so naturally, it has to be on this list.

Washington stars as Macbeth, with Frances McDormand as Lady Macbeth. The modern adaptation of a Shakespearean classic is sure to wow.

The synopsis for The Tragedy of Macbeth reads as follows:

Martial arts instructor, 25, lost half her SKULL after sinus infection spread to her brain