5 People To Watch At Offerpad As the iBuyer Keeps Growing


Offerpad, an iBuyer making major waves in how homes in many major cities are sold, has been on an unstoppable course of growth for more than half a decade.

Offerpad, an iBuyer making major waves in how homes in many major cities are sold, has been on an unstoppable course of growth for more than half a decade. Launched in 2015, the company now operates in over 1,000 cities in ten states, and has closed 30,000 transactions and nearly $7 billion in gross transaction value since its founding.

In March, Offerpad revealed that it was planning to go public through a merger with a SPAC started by Spencer Rascoff, the former CEO and co-founder of Zillow. While an exact date has not yet been set, the announcement made major news. By merging with Supernova Partners Acquisition Company, Inc. similarly to how its top iBuying rival Opendoor went public in December, Offerpad is expected to have its post-transaction equity value reach $3 billion.

The ability to take photos of one’s home, upload it to a platform, and get an offer within 24 hours has been attractive to many who want to sell fast, particularly in cities with younger populations and a more affordable housing market, but the company also connects buyers who want to play the market and list their home with agents.

In the last six years, Offerpad has grown from a startup to a major player in the real estate space. These are the individuals, both at the highest levels of the company and in its everyday operations, who have been played a big role in getting it there. 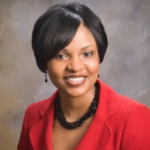 Offerpad’s VP of customer success, Robay Stroble, came into finance from a unique perspective — she has a dance degree from Columbia College in South Carolina and then spent more than 20 years working in contact center, sales and customer experience operations in different companies. Today, she leads Offerpad’s Real Estate Solutions Center, which invites potential clients to upload photos of their home to the platform and get a cash offer within 24 hours.

The Real Estate Solutions Center is a core part of Offerpad’s offering — its immediacy and guarantee of a sale is precisely what attracts buyers and disrupts traditional ways of selling. Through Stroble’s efforts, homesellers are offered a tailor-made solution, whether that be unloading the home or working with an Offerpad agent to list it.

“[Stroble]’s been recognized for developing high-performing teams, achieving exceptional results, developing initiatives that produce bottom-line growth, and an inclusive culture for all workgroups,” an Offerpad spokesperson said of her work. 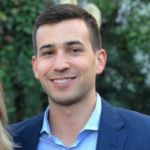 Making the hop over from Intel Corp in 2018, James Grout, vice president, finance and corporate development, has been leading Offerpad’s financial team for the last three years. Grout’s role includes crunching numbers, analyzing and predicting which markets are ripe for Offerpad’s products, communicating with investors and otherwise ensuring that the startup is heading in a profitable direction based on expertise gleaned working for a major global company.

“Prior to joining Offerpad, James worked at Intel Corp for 6 years,” the spokesperson said of Grout. “During his time there he managed capital affordability for the $8B global capital equipment supply chain and as well as the strategic roadmap for the IOT business, primarily focused on 5G connectivity and edge computing. He began his career in the mortgage industry with Provident Funding Associates.’ 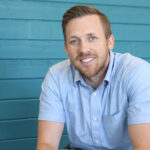 While Offerpad is often associated with the term iBuyer, the company also partners with thousands of brokerages and agents across the country. Brigham Weight, national director of agent partnerships, scouts agents and coordinates the partnerships that allow Offerpad to offer homebuyers who do not want a cash offer the option of listing their home with a top real estate professional.

“Brigham has been in sales and customer service for over 10 years, having served in progressively more challenging roles throughout his tenure,” the spokesperson said. “He’s been successful in transforming sales organizations into world-class producers while accelerating their growth for a myriad of businesses across industries including residential real estate, education and SaaS.” 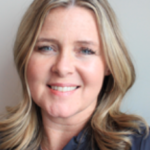 The closing is, as anyone who has ever bought a house knows, the most exciting part of the entire homebuying process. Now working as the company’s national closing director, Stacey Jones began working for Offerpad founder and CEO Brian Bair in 2012 as a closing coordinator and made the official move to Offerpad in 2017.

In her role, Jones oversees the final step of that process through disposition closings as well as Offerpad FLEX-listed homes.

“I am one of the original team members of Offerpad,” Jones said. “I’m in my tenth year of working closely with Offerpad Founder and CEO Brian Bair and his senior leadership team. Over the years, it’s been great to see how this team has successfully lead out in navigating any and all market conditions.” 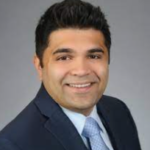 As general manager of Offerpad’s Atlanta and Birmingham, Alabama, markets, Amir Ghaswala is the go-to on all that there is to know in each city’s housing market and unique client base. He has been at Offerpad for the last three years and is in charge of finding both clients and new Offerpad employees, as well as tailoring the product to fit that area’s specific needs and requirements — along with working in the real estate industry for the last 17 years, he is a lifelong fan of all Atlanta sports teams.

“With ultimate accountability for market performance, retention, employee engagement, culture and market subject matter expertise, all things in Atlanta and Birmingham begin and end with Amir at the helm,” Offerpad’s spokesperson. “Not only is he responsible for his own individual and market performance, he is also charged with driving results and operational effectiveness across multiple disciplines by leading a team of leaders.”

Inman Interactive: Where Housing Costs Are Straining Budgets Most

Why Are Lumber Prices So High? Here Are the Primary Reasons

How I Won A 20-Offer Bidding War For My Client

14 Of The Best Apps For Struggling Adolescent Readers