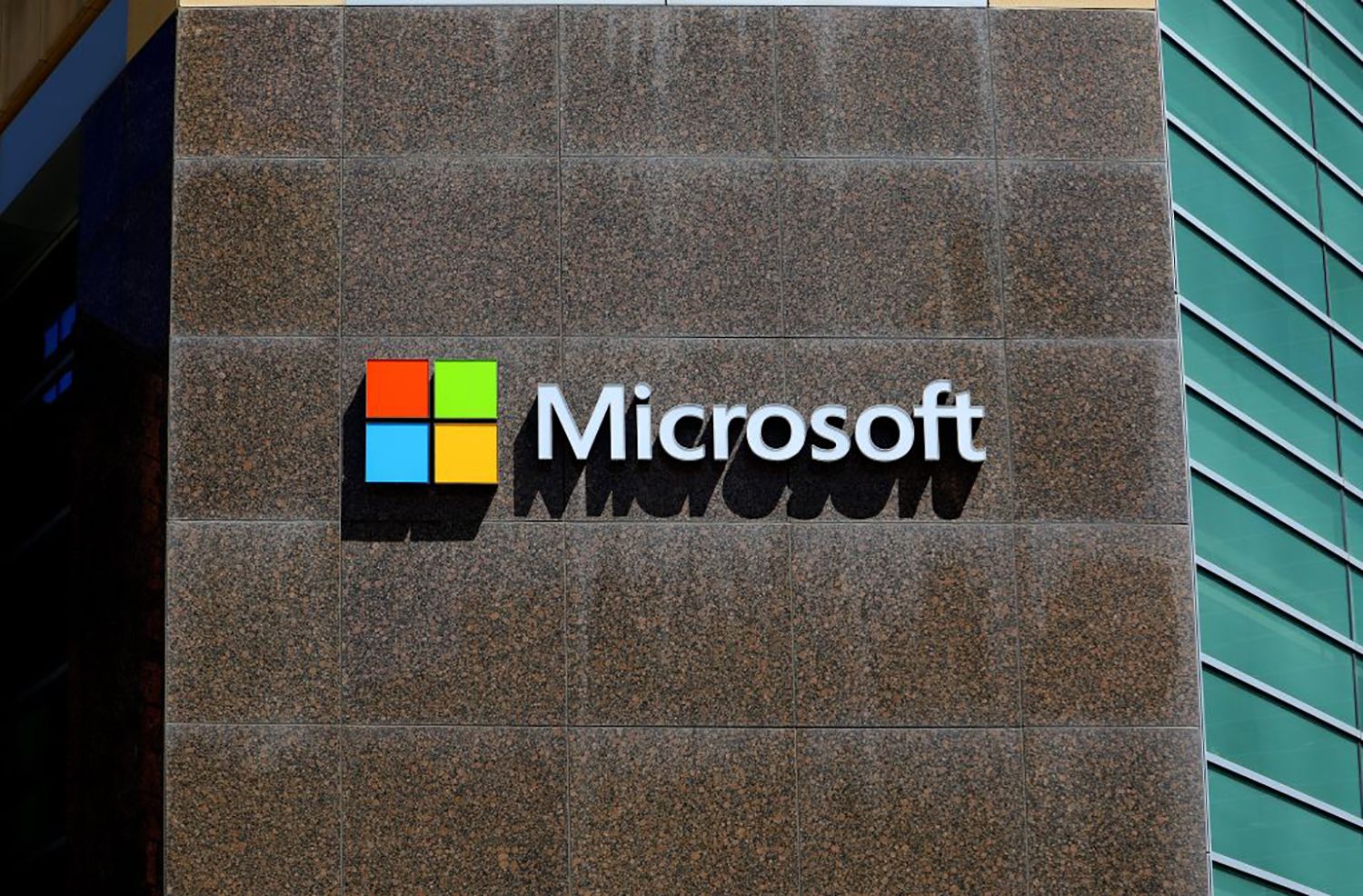 Microsoft (MSFT), one of the world’s largest technology companies, was founded in 1975 by Bill Gates and Paul Allen in a garage in Albuquerque, New Mexico. Five years later, Gates and Allen were hired to provide the operating system for IBM’s first personal computer (PC), followed in 1985 by Microsoft’s launch of its now-ubiquitous Windows software product.

In 1986, the company raised $61 million in an initial public offering (IPO) that some analysts referred to as “the deal of the year.” By the late 1980s, Microsoft became the world’s largest PC software company.

The Redmond, Washington-based company’s stock rose more than a hundredfold in the 10 years after the IPO, and today it’s one of the world’s largest companies by market value. Microsoft’s market capitalization is about $2.09 trillion as of April 15, 2022. The company posted net income of $61.3 billion on revenue of $168 billion for its 2021 fiscal year (FY), which ended June 30, 2021.

While Microsoft began as a software company, it has expanded its reach into broad areas of the tech industry. Along with software, the company now sells personal computing devices, cloud-computing infrastructure and services, artificial intelligence (AI), and more. Much of Microsoft’s expansion has come through a string of small and large acquisitions totaling tens of billions of dollars in value.

Not all of those acquisitions have worked out, however. As part of its attempt to develop a Windows Phone to compete with Apple’s iPhones and Google’s Android smartphone operating system, Microsoft acquired Nokia for $7.2 billion in 2014. But the deal was a major failure. In the summer of 2015, Microsoft had to write off $7.6 billion related to the acquisition and sold the brand in 2016 for $350 million to HMD Global, a subsidiary of Taiwanese firm Foxconn Technology Co. Ltd. The Windows Phone has been discontinued.

Microsoft’s expansion, both internally and via acquisition, has also brought it under the scrutiny of regulators. In 2000, the company was ordered to break up into two parts after losing a U.S. antitrust lawsuit. While the ruling was overturned, Microsoft was ordered in 2002 to comply with key rules to ensure a more level tech playing field.

The criticism of Microsoft and other mega tech companies over their size and market dominance continues to this day. Amid critics’ calls for the breakup of big tech companies such as Amazon (AMZN), in early 2020 the Federal Trade Commission (FTC) ordered Microsoft, Apple, Amazon, Alphabet (GOOGL), and Facebook (FB) to provide information on every acquisition they did from Jan. 1, 2010, to Dec. 31, 2019.

Below, we look in detail at six of Microsoft’s key acquisitions, which largely illustrate the company’s strategy of moving into new areas such as social networking, video games, telecommunications, and online advertising. Also, we will look at a seventh deal: Microsoft’s pending acquisition of Nuance Communications (NUAN), a leading provider of conversational AI solutions. Six of these deals took place since 2010, the focus of the FTC inquiry, while one took place in 2007. The list below also includes a software deal, which added to Microsoft’s legacy business. In most cases, Microsoft does not break out the revenue or profit for these companies.

LinkedIn, the business-centric social media website focused on helping people cultivate their professional networks, was founded in 2002. It became profitable within five years. From 2007 to 2011, the year it went public, the company grew from 15 million members to more than 100 million. In 2016, LinkedIn was acquired by Microsoft, and the following year reported more than 500 million members in about 200 countries.

Microsoft has taken a fairly hands-off approach with the acquisition, allowing LinkedIn to retain its core brand and culture, and initially, even its then-CEO, Jeff Weiner. LinkedIn mainly provides Microsoft with a valuable social media platform and recruiting tool that earns revenue through premium memberships. But it also generates commercial cloud revenue for Microsoft through LinkedIn’s commercial business.

Skype Technologies, which is currently headquartered in Luxembourg, was founded in 2003 by Niklas Zennström of Sweden and Janus Friis of Denmark.

Skype became an early success story in the area of Voice over Internet Protocol (VoIP), a communications technology that allows users to interact by audio through an Internet connection instead of an analog connection. From 2004 to 2012, the company’s registered users soared from 1 million to more than 250 million users per month.

Since Microsoft acquired Skype in 2011, the parent has integrated its capabilities with technologies like Xbox and Windows devices, and with online platforms like Outlook and Xbox Live.

GitHub was founded in 2007 when Chris Wanstrath created the first “commit,” a term used to describe the action of storing a file’s hierarchy and content in a digital repository. GitHub has since become a popular open-source coding repository and development tool for software developers and large companies.

By the time Microsoft acquired it in 2018, GitHub had reached 30 million developers and was hosting more than 100 million repositories. The acquisition demonstrates Microsoft’s focus on open-source development and its aims to accelerate developer use of the platform and provisioning of more tools and services to new audiences.

The company managed to sell more than 200 million copies of the game as of May 2020, making it one of the best-selling games of all time. The company was bought by Microsoft in 2014.

Today, Mojang’s games are played on the Windows and Xbox platforms, iOS, PlayStation, and more. Microsoft has put the game studio to multiple uses, including designing an educational version of Minecraft for classrooms.

Microsoft acquired the company in 2007 in an attempt to compete with Google in the market for online advertising. But like the Nokia deal mentioned above, the acquisition was a financial failure. In 2012, Microsoft wrote down the value of the ad business by $6.2 billion, indicating that it drastically overpaid for aQuantive.

Microsoft still operates an ad business, but it is focused on search advertising rather than on aQuantive’s specialty: display advertising.

Founded in 1999, ZeniMax Media is a video game publisher that creates and publishes original interactive entertainment content for consoles, PCs, and mobile devices. It is the parent company of Bethesda Softworks, which was founded in 1986 and has built a strong reputation by publishing award-winning video games throughout its history. Some of ZeniMax’s best-selling franchises include “The Elder Scrolls” and “Fallout.”

Microsoft announced in late September 2020 that it agreed to acquire ZeniMax for $7.5 billion. The acquisition was completed in March 2021 after being approved by the U.S. Securities and Exchange Commission (SEC) and European Union regulators. The deal helped bolster Microsoft’s Xbox Game Studios offerings and increase its competitiveness with giant rivals such as Sony, maker of the PlayStation game console and related games.

Nuance Communications was founded in 1992 as Visioneer Inc. The company changed its name to Nuance Communications in 2005. Nuance is a leading provider of conversational AI and cloud-based clinical intelligence for health care providers. It offers clinical speech recognition software built on Microsoft’s cloud platform, Azure.

Nuance helps health care providers with clinical documentation and provides them with the tools to offer better patient experiences. The company’s conversational AI software is also used by companies outside the healthcare industry.

In April 2021, Microsoft announced that it agreed to acquire Nuance for $19.7 billion. The acquisition, which closed in March 2022, builds on the partnership between Microsoft and Nuance that was first announced in 2019. It also represents the latest step in Microsoft’s strategy to provide industry-specific cloud offerings, such as its Microsoft Cloud for Healthcare initiative that was introduced in 2020 amid the COVID-19 pandemic.

As part of our effort to improve the awareness of the importance of diversity in companies, we have highlighted the transparency of Microsoft’s commitment to diversity, inclusiveness, and social responsibility. The chart below illustrates how Microsoft reports the diversity of its management and workforce. This shows if Microsoft discloses data about the diversity of its board of directors, C-Suite, general management, and employees overall across a variety of markers. We have indicated that transparency with a ✔.