8 Influential Asian, Pacific Islanders, and Native Hawaiians to Teach About 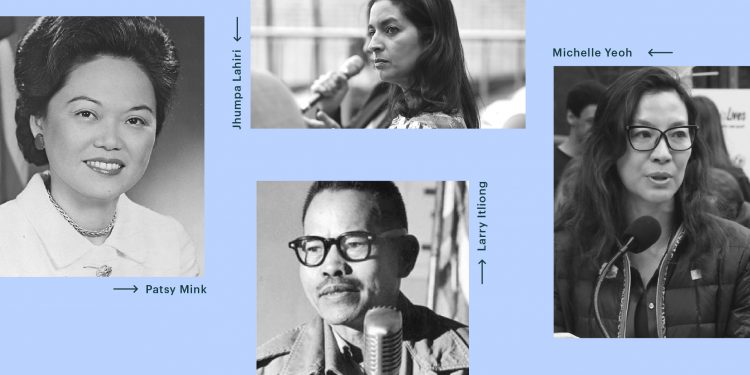 
Individuals from the Asian, Native Hawaiian, and Pacific Islander communities have and continue to play important roles in shaping our nation — from advocating for labor law changes to popularizing the sport of surfing. However, the stories of many of these individuals and their achievements have often remained untold and untaught.

In this post, we’re highlighting the legacies of some inspiring individuals that you and your students may not be familiar with. While this is by no means a comprehensive list, feel free to use it as a starting point to bring some more history into your classrooms.

8 Asian, Pacific Islander, and Native Hawaiian Individuals Your Students Should Know About

Learn more about some influential American heroes whose contributions have made their mark the world as we know it.

Duke Paoa Kahinu Mokoe Hulikohola Kahanamoku was a competition swimmer and a leading figure in the world of sports. Born in Honolulu, Hawaii, Kahanamoku was a five-time Olympic medalist in swimming. Following his record-shattering and barrier-breaking athletic career, Kahanamoku helped to popularize the Hawaiian sport of surfing to a new generation of surfers all around the world.

Born and raised in Punjab, Dalip Singh Saund enrolled in the University of California, Berkeley in 1920, and earned a PhD in mathematics. In the 1940s, he organized a successful effort to convince the U.S. Congress to pass the Luce-Celler Act of 1946, which granted Indian immigrants the right to become naturalized American citizens. After becoming a citizen himself, he was elected to the U.S. House of Representatives in 1956, becoming the first Asian American and the first Sikh to serve in Congress. Over the course of his three terms in office, he was a champion of small farmers and civil rights legislation and worked to improve the United States’ relations with India and Mexico.

Larry Itliong was a Filipino-American organizer and community leader who played an important role in the farm labor movement. He became well-known in the 1960s for spearheading the Delano Grape Strike and teaming with Cesar Chavez and Dolores Huerta. The five-year strike was one of the most pivotal labor movements in United States history, ultimately leading to better pay and benefits for agricultural workers and the formation of the United Farm Workers. The state of California officially celebrates October 25th as “Larry Itliong Day” in honor of his legacy fighting for social and economic justice.

During her long and successful career as a scientist, author, and university professor, Dr. Isabella Aiona Abbott broke many barriers. She is thought to be the first Native Hawaiian person to earn a PhD in science, and was the first woman and first person of color to become a full professor at Stanford University’s biology department. Over her career, she strove to uncover historical uses for marine algae and find ways to reintroduce seaweeds into everyday life. She’s credited with discovering over 200 different algae species, many of which were named after her. After teaching at Stanford for more than two decades, she retired and pursued a second career as professor of botany at the University of Hawaiʻi at Mānoa.

Patsy Matsu Takemoto Mink was a third-generation Japanese American, born and raised on the island of Maui. When Hawaii became a state in 1959, Mink decided to run for a seat in the U.S. House of Representatives. Although her first congressional campaign bid was unsuccessful, she ran again in 1964 and won, making her the first woman of color and the first Asian-American woman to serve in Congress. During her years in the House, she was instrumental in writing bills like Title IX (which banned discrimination based on sex in higher education), the Early Childhood Education Act, and the Women’s Educational Equity Act.

Malaysian actress Michelle Yeoh is best known for her martial-arts-infused roles in films. Born into an affluent Malaysian family, Yeoh initially pursued a career as a ballerina before being crowned Miss Malaysia in 1983. In the years that followed, she emerged as one film industry’s top female action stars, garnering international attention for starring in blockbuster films such as Tomorrow Never Dies and Crouching Tiger, Hidden Dragon. Her recent performances in Crazy Rich Asians and Everything Everywhere All at Once have contributed to a wave of films highlighting Asian-American talent in Hollywood.

Cecilia Chung is an internationally recognized civil rights leader and social justice advocate. Born in Hong Kong, Chung immigrated to San Francisco in her late teens. Through her advocacy and philanthropic work, she has established herself as a leading voice in anti-discrimination, transgender rights, and HIV/AIDS education and awareness.

Jhumpa Lahiri is an award-winning author, whose work has been widely celebrated for its depiction of the East Indian immigrant experience. In 1999, she debuted onto the publishing scene with a collection of short stories, Interpreter of Maladies, and won the Pulitzer Prize. She followed up in 2003 with her first novel, The Namesake, and returned to short stories with the #1 New York Times best-seller Unaccustomed Earth. Her novel, The Lowland, was partially inspired by real-world political events and was a finalist for the Man Booker Prize and the National Book Award for Fiction. Since moving to Italy in 2011, she’s published two books of essays and a novel in Italian, and has translated some of her own writings and those of other authors from Italian into English.

If you want to read more about the individuals in this post (or research more individuals from the Asian, Native Hawaiian, and Pacific Islander communities!), check out these websites:

And for more ways to incorporate the history and heritage of the Asian, Native Hawaiian, and Pacific Islander communities into your lesson plans year-round, check out this blog post.