November 30, 1911. Jorge Alberto Negrete Moreno , better known as Jorge Negrete , was born in Guanajuato, one of the most important figures that the cinema and music of Mexico have had.

Many myths and realities have been told about him, but from all his interesting biography, we share 8 facts from his life that can serve as an example and inspiration for anyone with an entrepreneurial spirit.

1. Always prepare to be the best at what you do and to expand your culture.

Jorge Negrete studied singing with José Pierson, who ran the Mexican Opera Company and was a teacher of the most notable opera singers of the time.

Before dedicating himself to music, Jorge Negrete had studied medicine, although he did not finish his career. He also entered the Military College , graduating with high qualifications as Lieutenant of Cavalry and Administration of the Mexican Army . During his stay at this institution, he learned to ride a horse, knowledge that would later help him in his film career.

In addition to his artistic and military talents and abilities, he could speak German, French, English, Italian, and Swedish, languages he had learned since high school, and studied the Nahuatl language on his own.

2. Always keep your promises and your commitments, so you will forge a stronger character in the face of adversity.

When Jorge Negrete went to try his luck as a singer, in his biographies it is reported that sometimes he did not have to cover his most basic expenses such as food. Despite this, when he communicated with his family, he did not ask for their help because he made himself a promise not to return or to give more news of him until he achieved his goals.

When he began to sing for the radio stations, he sang under the nickname Alberto Moreno , because he did not want his family, especially his mother, to find out that he was testing the world of music, until he achieved the successful career that he had established. proposed.

3. Help others to trust themselves and those who are beginning their journey.

Since he was a teenager, Jorge Negrete showed attitudes of empathy and solidarity, unusual for someone his age. In some of his biographies it is related that when he attended parties and saw some girls that no one took out to dance because he considered them “not very attractive”, Jorge invited them to dance.

In 1946 he supported the film career of Freedom Lamarque , who made his debut in Mexican cinema. This is how he also supported Luis Bunuel , with his first job as director of the film Grand Casino .

He also carried out works of philanthropy, some were kept secret and others were made known, such as the charity concerts he gave in Cuba , which had been hit by the hurricane called San Lucas, in 1944.

4. Shine everywhere you go despite difficulties.

Jorge Negrete carried out international works, both in music and in cinema. Some of his most prominent roles in film productions outside of Mexico were:

However, his career outside of Mexico was not without obstacles. In 1939, before filming the medium-length film Media , he had obtained a contract in the United States with the 20th Century Fox company, with which he could film films in Spanish in Hollywood . Unfortunately, the American Actors Union organized a boycott campaign against Latino actors.

In music, some of his international performances were:

It may interest you: 10 phrases from Mexican movies to inspire you

5. Be in solidarity with your colleagues and collaborators, encourage them to be better.

Because of his charisma, his talent and the support that he always provided to other actors and other characters in Mexican cinema, Jorge managed to win the sympathy and unconditional support of the actors who made up the National Association of Actors (ANDA) , the same that he along with other actors founded to defend the rights of the union.

The actors who belonged to this association always supported him and elected him as the leader of said institution on two occasions, from 1944 to 1947 and from 1949 to 1953, the year in which Jorge Negrete died.

For the actors of this association, Jorge Negrete was the best leader of the labor and artistic movement because he always fought to improve the artistic level as well as the working and economic conditions of the actors. Some of the great achievements he obtained for the union were the right to medical assistance and legal protection for all members of YOU .

6. Go to the last consequences in the causes you decide to support.

Even when they threatened to boycott the films in which Jorge Negrete or Mario Moreno acted, Jorge Negrete and the other actors continued to defend the rights of the actors, which led to the founding of YOU .

It is said that even Jorge Negrete began to put aside his work commitments such as recordings, filming and tours in order to meet the needs of his fellow actors and defend their rights. What we recommend here is a balance between the fulfillment of your work and solidarity with the causes you choose to support, both are equally important to grow your business and the environment in which it develops.

7. So that your dreams and projects are never interrupted, take care of your health!

Jorge Negrete has been known to have health problems, specifically liver conditions. Already since he was in the United States , almost at the beginning of his film career, he began to manifest certain symptoms in a serious way. Unfortunately, he was unable to receive the medical attention that his problem required.

He was returning to Mexico from Los Angeles California after some artistic work he did there. In his biography it is said that he was in a boxing fight (a sport that Jorge Negrete was fond of) when he began to feel bad and even vomit, but he did not want to leave until the fight was over. Finally he had to be hospitalized urgently until his death due to internal bleeding, due to cirrhosis. He was 42 years old when he passed away on December 5, 1953.

8. Cultivate your friendships throughout life, they will always be with you even in the most difficult moments.

Although in the film Two types of care , the famous enmity was formed between Jorge Negrete and Pedro Infante , it was only part of the screens. In real life, Jorge and Pedro were good friends, they were united in some of the most pressing moments: together they were the founders of YOU and defenders of the rights of the actors. It is related in Jorge Negrete ‘s biographies that Pedro Infante accompanied him in the last moments of his life: he took a toy train that they assembled together to the hospital.

What other lessons could you take from the life of Jorge Negrete ?

It may interest you: Mexican export cinema 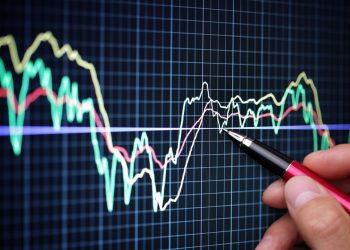 Just as there are many...

A cabinet minister has argued... 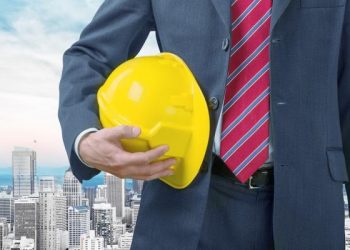 KBR to Support Biojet in Sustainable Biofuel Project in Norway

This story originally appeared on... 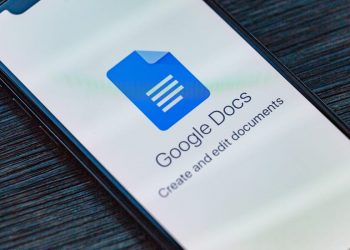