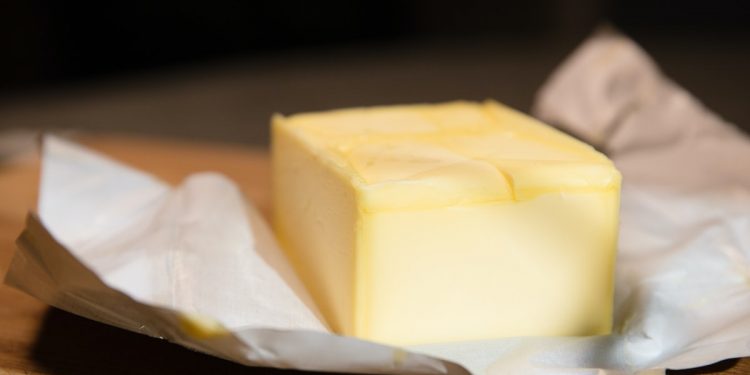 
With the exception of salt and canning, nothing has changed the food preservation game quite like the refrigerator. Lowering a food’s temperature can prolong freshness and stave off bacterial growth — but in some cases, it can also change its texture and flavour for the worse.

Water, salt, acid and acid content all affect a food’s shelf life, but the cold can also affect texture, especially in high-starch produce. Here are some foods that don’t need refrigeration, some that don’t want refrigeration, and some for which it is entirely up to the eater (you). Unless I’m dealing with a leftover half or some slices that didn’t make it on to a burger, I will never put tomatoes in the fridge. I have discussed my reasons at length already, but just to re-cap, chilling tomatoes makes them bland and mealy, the worst things a tomato can be:

When you put a tomato in the fridge, you stress it out and reduce the activity in its little tomato genes. According to newscientist.com, some of these genes “produce enzymes responsible for synthesizing the volatile chemicals that make tomatoes taste sweeter and give them a more complex, appealing aroma,” and a lot of those genes never recover, even after the tomato is returned to room temperature. Tomatoes also contain an enzyme that react poorly to the cold and causes their cellular membranes to deteriorate, rendering the fruit mealy and mushy. Simply put, a chilled tomato doesn’t taste, smell, or feel like a tomato. Potatoes do best in a cool, dry, dark environment, but the fridge is a bit too cold. Potatoes have a lot of starches that will turn to sugars in fridge-cold temperatures. Besides giving your mash a dark colour and uncharacteristically sweet flavour, these sugars can react with amino acids to form acrylamide which, according to The Kitchn, has been linked to cancer in a few different studies.

The moisture in your refrigerator can also affect the texture of your spuds, giving them a gritty mouthfeel. If gritty, sweet, dark potatoes with a slight chance of carcinogens is what you’re after, store them in the fridge. If that’s not what you want in a spud, keep them in a cool pantry. Sliced or chopped onions will last a little over a week in the fridge, but storing whole, unpeeled onions in there can cause them to absorb moisture, rendering them mushy, and the cold converts their starches to sugar (which makes them even mushier). For the crispest, most flavorful onions, store them on the counter or in a pantry, away from direct light, and keep ‘em separate from potatoes, avocados, apples, or any other piece of produce that might be affected by ethylene gas, which will cause them to rot more quickly. Cold temps can slow an avocado’s ripening process, so keep them at room temperature until they’re fully ripe. Once they hit that perfectly green and creamy stage — and only then — should you toss them in the fridge to slow ‘em down, or submerge them in water to bring ripening to a halt. Like onions, whole bulbs of garlic are adversely affected by hanging out in a refrigerator. The moisture in the air can encourage sprouting and change the texture, so keep your garlic whole and unpeeled until you’re ready to use it, then store any leftover peeled cloves, slices, or minced bits in the fridge for up to two days. Hot sauce is so incredibly high in both acid and salt, most brands can hang out at room temperature for years without growing mould, even after opening. (Check the “best by” date of the bottle to be sure; some shelf lives are shorter than others.)

But preventing mould growth isn’t the only reason we refrigerate things. Refrigeration can help preserve taste and colour, so pop your good bottles in the fridge to prevent discoloration if you aren’t going through them super quickly. Butter is one of those foods that should, according to strict food safety rules, be stored in the refrigerator, but I keep a stick of it at room temperature at all times, because I need my butter to be soft and spreadable at a moment’s notice. This is what I call my “snacking butter.” I have never gotten sick from consuming my snacking butter, but it is worth noting that a single stick never sticks around longer than a week.

As The Spruce Eats points out in their article on the subject, butter is mostly fat. It contains a little water and a very small amount of protein (3–4%), but not enough to promote any significant bacterial growth, especially if consumed within a week. (Clarified butter, like ghee, can last for months.)

It’s possible your butter could oxidize and turn rancid, which won’t hurt you, but it will make the butter taste quite bad. Rancidity is caused by exposure to light, heat, and oxygen, so keep your butter in an opaque dish, away from direct heat sources (like a hot burner). Honey never goes bad. It has a low pH and low moisture content, which makes it pretty hard for anything to survive amongst the sticky sweetness. Honey does fine on the counter. In fact, it does much better on the counter than it does in the fridge. Colder temperatures can cause it to harden and crystalize into a thick sludge. (You can coax it back into a pourable state, but why create more work for yourself?)

Keep honey at room temperature, in a non-reactive vessel and out of direct sunlight, and it will last pretty much indefinitely. Pure fats are just that: Pure. Fat. Fat does not support microbial growth, so there’s no reason to chill your lard, canola oil, olive oil, or any other cooking fat, for that matter. Plus, it can pick up flavours and odours from other stuff in the fridge if it’s not stored in an airtight container.

The only exception is fat you’ve rendered yourself, left unstrained. Take bacon grease: Strained, it will last as long as any other fat, but I rarely strain mine, because I like the little meaty bits. But those bits are made of protein, and bacteria loves protein. For this reason, I keep my unstrained bacon grease in the fridge (and you should too).

Rancidity is the other thing to worry about with fat, but keeping your cooking oils out of direct light and at cool (not cold) temps can stave it off. When in doubt, give the fat a sniff. If it smells soapy, metallic, or bitter — or there’s an unpleasant sticky reside on the container — it’s probably best to toss it.