A Brief History of Taxes in the U.S. 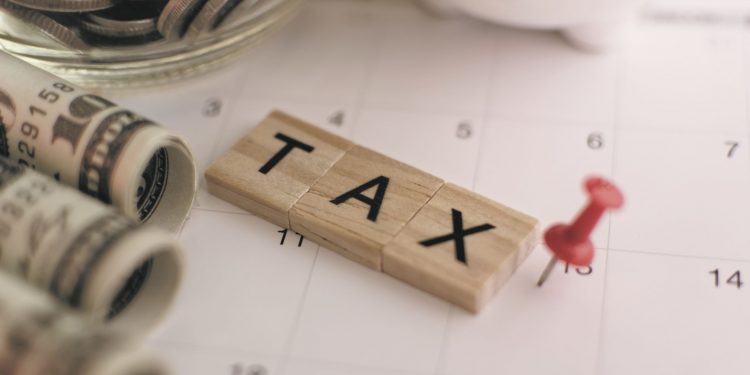 You know the saying—nothing is certain except death and taxes. While that may be true, taxes tend to be more complicated and very inconsistent. However, there are a lot of tools and resources that definitely alleviate some of the stresses that come tax time. For instance, filing taxes with TurboTax Free simplifies literally everything. Along side that, there are tools, tips, and even walkthroughs on YouTube that we can turn to in the event of any confusion. What’s even more interesting is that taxes—as a whole—didn’t always exist as they do today. In fact, America’s first citizens enjoyed very few taxes.

But as time went on, more levies were added—federal income tax, the alternative minimum tax, corporate tax, estate tax, the Federal Insurance Contributions Act (FICA), and so on. Some were increased, while others were repealed—only to be added again. Below is our analysis of the origins of some of the more common taxes we face today.

Taxes have been around for as long as we can remember—especially income taxes. But that wasn’t always the case in the United States. The country was income tax–free in its infancy. That’s because there was no federal government established at the time. Instead, colonists had to deal with the British government, which imposed a variety of taxes on the colonists, including a head tax, real estate taxes, and the infamous tea tax that led to the Boston Tea Party.

After the Revolutionary War, the Constitution gave Congress the power to impose taxes and other levies on the general public. States were responsible for collecting and passing them on to the government. Most of these were excise taxes—taxes imposed on specific goods or services, like alcohol and tobacco. The government also tried direct taxation—taxing things an individual owned. That didn’t last, and the feds went back to collecting excise taxes.

The Civil War led to the creation of the country’s first income tax and the first version of the Office of the Commissioner of Internal Revenue—the earlier version of what we now call the Internal Revenue Service (IRS). This office took over the responsibility of collecting taxes from individual states. Excise taxes were also added to almost every commodity possible—alcohol, tobacco, gunpowder, tea.

The federal income tax as we know it was officially enacted in 1913, while corporate income taxes were enacted slightly earlier in 1909.

The first estate tax was enacted in 1797 in order to fund the U.S. Navy. It was repealed but reinstituted over the years, often in response to the need to finance wars. The modern estate tax as we know it was implemented in 1916.

The alternative minimum tax (AMT), a type of federal income tax, wasn’t enacted until 1978. This parallel system uses a separate set of rules to calculate taxable income after allowed deductions. It was designed to prevent taxpayers from avoiding their fair share of taxes.

Tax Rates, Then and Now

Tax rates were the same for everyone and there was no filing status. This meant everyone paid the same rate whether they were single, married, or heads of households. But all that changed over time. Tax rates increased considerably, with the highest marginal tax rate reaching 37%. Modern tax rates also depend on filing status.

Because cigarette and alcohol taxes are built into the prices of these products, many Americans don’t even know they’re paying them. Federal tobacco taxes were first enacted in 1794, but came and went over the years until 1864. That year, a box of 20 cigarettes was taxed at 0.8 cents. The rate is $1.0066 per pack in 2022.

Since cigarette and alcohol taxes are built into the prices of these goods, many Americans don’t realize they’re paying them.

Spirits, wine, and beer are each taxed at different rates by both the federal and state governments. As of December 22, 2020, the top federal excise tax rates were $13.50 per proof gallon of spirits, $1.07 to $3.15 per gallon of wine, depending on the wine’s alcohol content, and $18 per 31-gallon barrel of beer. Each state sets its own tax rates for each type of alcohol.

If the government taxes behavior it wants to discourage, why does it tax gasoline? After all, gas taxes were implemented long before the environmental movement kicked in. Federal excise taxes on gasoline were implemented in June 1932 under President Herbert Hoover as part of the Revenue Act of 1932. As its name implies, this act was designed to increase the amount of money the government had at its disposal. The gasoline tax was expected to raise $150 million in new tax revenue for the government.

Taxing investment income might seem particularly counterproductive since investment is necessary for economic growth, but that hasn’t stopped the government from including it under its wide umbrella of taxable income. Capital gains taxes were enacted in 1913, along with the income tax. Dividend taxes were enacted in 1936 but only lasted through 1939. They reappeared in 1954 and have persisted ever since.

History is full of tax rebellions. Back in 1773, taxes incited Americans to destroy three shiploads of British tea. And in 1791, Alexander Hamilton’s proposed excise tax on alcohol was enough to prompt the Whiskey Rebellion in Pennsylvania. The question is, what lies ahead for tax reform?

The first personal income tax was imposed by Congress in 1861 in order to raise revenue to pay for the Civil War. Congress repealed the tax in 1872. But the idea was brought back in the Sixteenth Amendment to the Constitution, which established Congress’ right to impose a Federal income tax. The amendment was passed by Congress in 1909, ratified by the states, and took effect on February 25, 1913. That first year, less than 1% of the population paid income taxes at the rate of only 1% of net income.

What Are Sin Taxes?

Sin taxes are levied on specific goods and services at the point or time of purchase. These items are taxed due to their ability, or perception, to be harmful or costly to society. Tobacco products, alcohol, and gambling ventures are examples of items on which these taxes are levied. Sin taxes seek to deter people from engaging in socially harmful activities and behaviors.

What Is the Alternative Minimum Tax?

The alternative minimum tax (AMT) is a tax designed to ensure that taxpayers who earn above a certain threshold pay their fair share of taxes. The AMT places a floor on the percentage of taxes that a filer must pay to the government, no matter how many deductions or credits they may claim.

The IRS exempts income up to a certain level from the AMT, and this amount automatically adjusts with inflation. In 2021, the AMT exemption amount is:

Tags: A Brief History of Taxes in the U.S.America Before Income Taxestax ratesThen and Now
Previous Post