Assassin’s Creed Valhalla is one of the most anticipated titles of the year. Fans of Ubisoft’s open-world action RPG franchise have been waiting for Valhalla since its announcement back in April. The upcoming installment takes place during the Dark Ages, showcasing the Viking invasion of England.

So far, Ubisoft has greeted fans with quite a few trailers for Valhalla, the story trailer being the last one. The game has impressed fans with its stunning visuals and compelling storyline. Now, the latest deep dive trailer reveals more about the gameplay, storyline, and world of Valhalla.

Apart from rolling out the deep dive trailer, Ubisoft has further detailed how players will forge alliances, build a village and become a kingmaker. As most fans may know, Assassin’s Creed Valhalla casts them as a Viking.

Two Viking warlords, Ivarr and Ubba Ragnarsson, want to conquer the English kingdom of Mercia. They need the protagonist, Eivor, to assist them in conquering it. This conquest has to be done through battle and forging an alliance that will crown a new king, winning over the common masses.

The latest look at Valhalla takes players to the county of Ledecestrescire (modern-day Leicestershire). It is where they will help broker a peace agreement between the Ragnarssons and the Saxons. All the while, they will also have to batter their way through forts, assassinate two-faced mercenaries, raid riverside monasteries, and discover what Eivor’s growing home settlement has to offer. 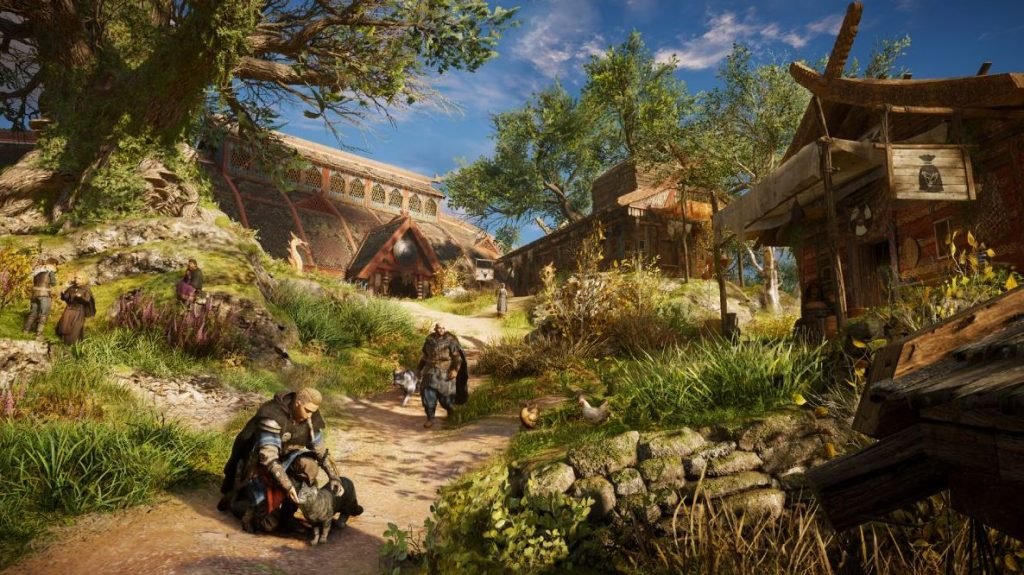 At the southern edge of Ledecestrescire, Ravensthorpe is the Raven Clan settlement, whose leader is Eivor. Ravensthorpe will be Eivor’s headquarters throughout the game. It is a place to rest, plan, and pet stray dogs. Players will have to gather materials and new residents to expand the settlement from a mere collection of huts into a thriving village.

They can also add several facilities like farms, a tattoo parlor, a cartographer’s shop, a workshop to repair the Roman relics they find in Valhalla, as well as the Hidden One’s bureau.

Moreover, players can designate a Jomsviking lieutenant. They can dispatch this lieutenant as a mercenary to assist other players and also recruit other players’ Jomsvikings to their own crew. Besides that, Ravensthorpe is also where players consult with Randvi. They will advise Eivor on which actions to take next for the conquest of the four English kingdoms – Mercia, East Anglia, Northumbria, and Wessex.

Eivor can travel conveniently by riding on horseback. Additionally, the plentiful of rivers in Valhalla means that Eivor can also navigate the waterways faster in their longship.

The English river banks comprise many waterfront attractions such as monasteries and other tiny settlements. These hamlets, marked by shiny red beacons, invite players to rush onto land with their crew to pillage resources and unique gear.

Players will also notice majestic Roman ruins, uncanny standing stones, and other mysteries that contain hidden treasures and encourage exploration. However, they have to remain alert as exploring on land can lead to confrontations with Zealots, powerful nomadic hunters who can cause devastation.

However, not all distractions require fighting or looting as there are plentiful of friendly settlements too. Players can hang out there and engage in Viking pastimes like flying contests, which involve trading insults with opponents.

Doing well at these will bring in some cash and a boosted charisma score, which can avail for more negotiating options with other characters. Besides that, players can try their hand at an intricate dice game called Orlog or indulge in drinking games.

Meanwhile, those who want to focus on reaching their destination solely can do so by putting their boat on autopilot while listening to songs and stories from their crewmates. It’s an effective way to sail past any threats undetected while gazing at the English landscape’s stunning views.

Get familiar with historical badasses

In the war-torn town of Repton, players will meet an unsavory-looking Viking warlord. Ivarr the Boneless. The warlord will take players to meet his brother Ubba Ragnarsson and Eivor’s brother Sigurd. The Ragnarsson brothers have allied with Ceolwulf, a Mercian noble who has agreed to become their puppet king as barter for peace. This means the current king, Burgred, must be captured alive for a peaceful transition of power. 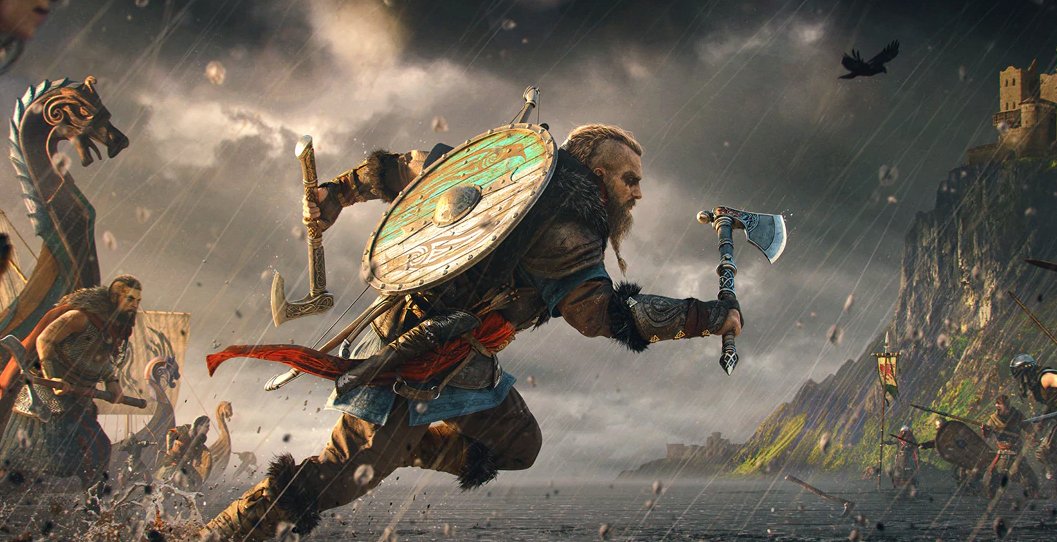 It won’t be a straightforward task, considering a host of soldiers, an intimidating “war-thegn” dubbed Leofrith, and the walls of a fortress that encompass Burgred, keeping him secure. However, players have an army of Vikings equipped with a battering ram, which slams through Tamworth Fortress’s multiple gates, one after another. Players get to test Eivor’s distinct arsenal of weapons and a special off-hand attack in the skirmish that ensues.

These weapons can be upgraded further from the inventory menu, even amidst battle. One has to check their stash of materials and reinforce their desired hammer or sword on the go. To bring this specific battle to an end, players have to take down two elite soldiers guarding Burgred’s longhouse at the fort’s center. However, once the skirmish concludes, Burgred and Leofrith are nowhere to be seen. Instead, the only lead is a deceitful mercenary captain Tonna, who might know where the king is hiding.

The hunt for King Burgred

Tonna has bad blood with the Ragnarssons. Despite that, she is willing to give up two hiding spots for a sack of coins. Each hiding spot leads to a separate mission. The first one involves traveling with Ivar to the Ledecestre town, in the hunt for a missing scout, and hopefully Burgred. 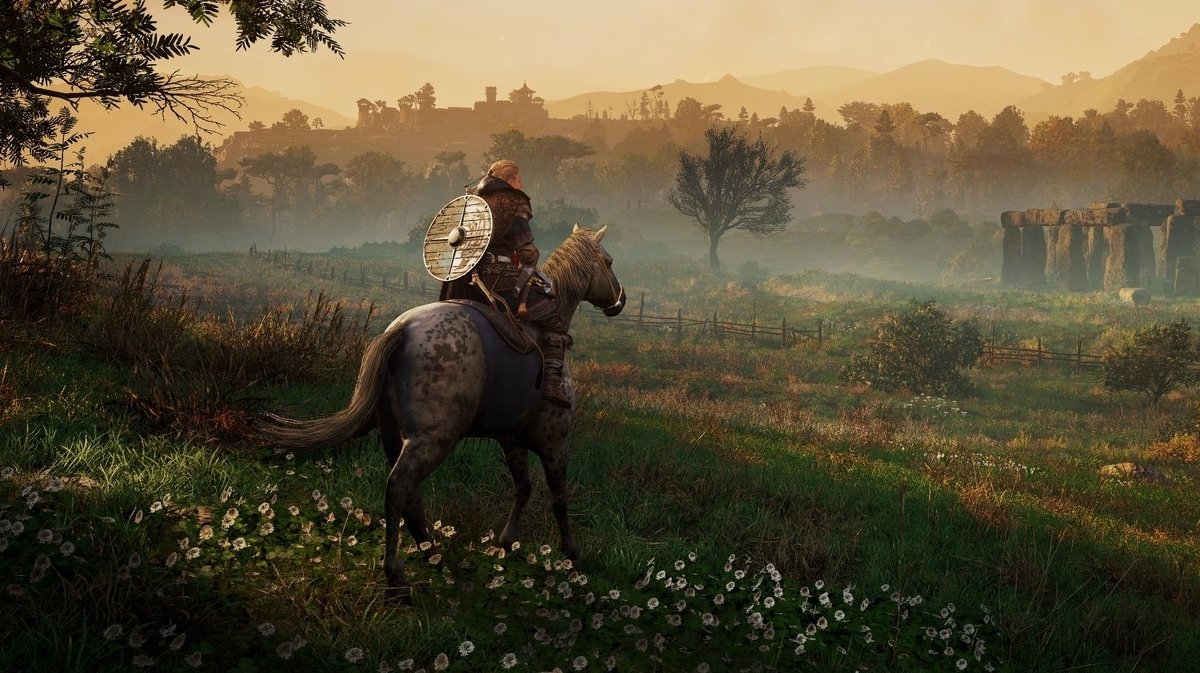 Many of the English towns are unsurprisingly hostile towards Vikings, and Ledecestre is dubious of Eivor. Eivor’s status varies from place to place, depending on the actions the player takes. To avoid a fight here, players have to don Eivor’s cloak and avoid coming within any guard’s proximity.

Other social stealth options to avoid detection include blending into groups of monks and sitting on benches. Meanwhile, creating distractions by befriending local drunks and causing a commotion is a viable way to lure guards away from their posts.

Eventually, players will locate the scout after searching for a while. However, it turns out the scout is Ceolbert, Ceolwulf’s son, and not Burgred. The way out of the town involves fighting because Ivarr grew impatient and ended up attacking.

The other mission centers on Templebrough Fort. It is where Burgred’s queen concealed herself with an entourage of soldiers. Eivor and Sigurd end up chasing the queen down the river, hijacking her rowboat, and taking her to Tamworth, where Ceolwulf holds power. After interrogating her, Burgred is tracked to a crypt down the river.

Although players will come across some mighty lootable weapons, they can’t use them against the king as he must be taken alive. Eivor brawls with his bare fists and then drags the king back to Tamworth. It is here where Burgred hands his crown over to Ceolwulf and is exiled to Rome.

Meanwhile, the coronation ceremony is marred by Ceolber’s absence. Leofrith’s forces have trapped the prince at Repton. Players will find him trying to convince the formidable war-thegn that the battle has concluded. Eventually, Eivor has to step in to take the young prince’s place in the duel against Leofrith. This sets off a vicious boss fight, in which a golden two-handed ax found in the crypt proves crucial.

Assassin’s Creed Valhalla launches on November 10, along with the Xbox Series X and S. It will also be available on Xbox One, PlayStation 4, PC, and Stadia. Two days later, on November 12, the game will launch on PlayStation 5. For a more detailed breakdown of the world of Valhalla, check out Ubisoft’s blog here.

How to use your bank card to improve your putting at home — for free!

Azerbaijani forces close in on key town in Nagorno-Karabakh