A door on Mars, the image shared by a NASA rover – Marca English 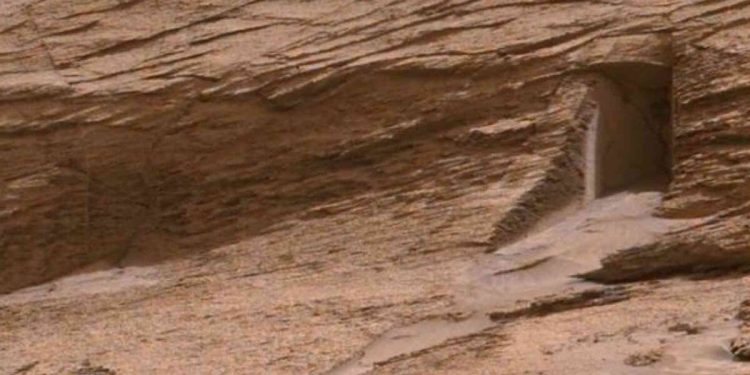 The belief that intelligent life exists on other planets has been the subject of constant debate for years – some assert that it is possible for extraterrestrial beings to exist elsewhere in the universe as a matter of probability.

NASA, for its part, has carried out countless investigations to try to find traces that determine if there was or is any intelligent civilization on planets close to Earth.

On this occasion, Mars is the protagonist due to several photographs captured by the Mastcam camera on board the Curiosity rover, which has been on the red planet for more than a decade.

There is controversy over the photos

The photographs captured on May 7 show what appears to be a door carved to perfection in the rocky surface of the planet. And although this generated much surprise from people on social networks and forums such as Reddit in which they talked about this being proof of extraterrestrial life, NASA has given a scientific explanation to the curious phenomenon.

NASA scientists attributed the origin of the “extraterrestrial door”, as some have called it, to the seismic movements that occur on the planet.

The experts assure that earthquakes are very common on the planet, and the last one recorded was on May 4, which could have caused the formation of the “door”.

It is a natural movement called “shear fracture”, which caused the rock to accumulate stress from seismic movements and eventually break.

The website Snope, which is in charge of verifying several facts that become viral or popular in the networks to determine if they are real or not, made its analysis about the peculiar “door”.

“The agency’s Jet Propulsion Laboratory (JPL) said it was actually a “very, very, very, very magnified shot of a small crack in a rock” stated the Snopes website statement.

“The team scientists stressed how small the crack is: about 30 centimeters across and 45 centimeters wide. They said there are linear fractures along this outcrop, and this is a place where several linear fractures happen to intersect,” the website indicates from statements by NASA’s JPL spokesperson.