A Guide To Antibody Production

Antibodies are an integral part of the immune system. The body produces antibodies in response to the attack of pathogens like bacteria, viruses, etc. They can trigger allergies in response to substances like pollen, peanuts, etc. Though antibodies have different functions, their basic cell structure is a Y-shaped molecule.

The number of Y’s can vary and their roles too. The fab region of the antibody binds to the antigen. The antigen molecule can be of different types like proteins, carbohydrates, and phospholipids. After attaching to the antigen, the antibodies initiate a series of actions that destroy or neutralize the foreign elements.

Scientists and the pharma industry produce synthetic antibodies for research and commercial purposes, respectively. The lab-made antibodies are helpful in the diagnosis of infectious diseases. For example, the ELISA test and Western blotting are antibody-based. Monoclonal antibodies have a role in therapeutics and are used to treat ailments, such as cancers, rheumatoid arthritis, psoriasis, etc. Synthetic antibodies are life-saving for patients with immune deficiency. Below, we look into the process of antibody production.

We can classify the antibodies synthesized into two main categories. As the name suggests, the polyclonal antibodies are heterologous and can bind to the entire antigen. The monoclonal antibodies can have a single antibody isotype and bind only to a specific epitope (sequence of amino acids).

The first step in all the methods of antibody production is animal immunization. Once the animal generates antibodies, the in-vitro process involves the extraction of lymphocytes. If the immune response is not sufficient, then the use of adjuvants is advisable. The next step is the fusing of lymphocytes with myeloid cells to form hybridoma cells. Their cell membranes can fuse in the presence of reagents like polyethylene glycol.

The immortalized myeloma cells are responsible for the unlimited growth of hybridomas. However, polyclonal antibody generation doesn’t require the hybridoma method. In addition, hybridoma cells obtained can grow in a roller bottle or agitated cell suspension cultures. Around 105-210 cells can be present in one ml of the culture. Such a medium undergoes a centrifugal process to obtain the antibodies.

It is possible to separate high-producing colonies via a screening test like ELISA. Thus, in vitro method is preferable when a high level of purity is required. Also, it is easier to control the production scale.

The process here remains the same as above till the production of hybridoma cells. First, animal immunization occurs, then the spleen cells get extracted and combined with myeloma cells. The next step is to inject the hybridoma cells into the animal body. The cells get the nutrients from the metabolic activity and expand faster. Thus, it is possible to get high amounts of antibodies within a short time. But there is no control over the quality of antibodies generated. These antibodies are heterogenous and can act as biosensors and antitoxins.

But the usage of animals causes bioethical issues and is even made illegal in a few countries. Hollow fiber reactors are an effective alternative for producing large quantities of toxin-free antibodies. In these reactors, a porous membrane separates the hybridoma cells from the culture medium. Through the membrane, it is possible to remove the cell metabolites via diffusion. Also, one can ensure a steady supply of nutrients to the cells resulting in faster production of antibodies. Another advantage is the purity of antibodies obtained, as the process involves removing the toxic byproducts continuously.

Antibody purification depends on its applications. The antibodies used for medicinal purposes need to be highly pure. Antibodies obtained from animal serum, ascites fluids, and the culture supernatant are crude. There are different purification techniques available.

In polyclonal antibody synthesis, it is common to obtain a variety of antibodies simultaneously. It is possible to separate them based on their affinity to bacterial proteins. The bacterial proteins used are Protein A, G, and L. Protein A can weakly bind to IgG, IgA, and IgM antibodies, whereas Protein G can bind only to the IgG class. The method utilizing differential affinity of bacterial proteins is known as the antibody capture method.

Size exclusion chromatography helps filter out antibodies that are less than 140 kDa. Other methods used are ion-exchange chromatography and ammonium sulfate precipitation technique. 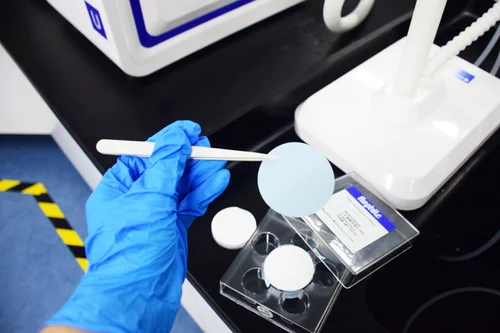 Antibody synthesis is one of the essential processes in the field of biotechnology and medicine. The industry uses various methods like phage, yeast, and ribosome displays to avoid the use of animals for clone cell expansion. Moreover, scientists are keen to find efficient production processes and tap the potential of antibodies. Read more

Woman in labour was forced...

Are Transgender People at Risk of Breast Cancer?

People of all genders can...

Ever wondered how you could...