The party has almost begun. Across the nation, bunting is at the ready, trestle tables are being dusted down and Union Flags prepared. Yes, the big bash is upon us in celebration of the Queen’s Platinum Jubilee.

It’s not just neighbourhood street parties that await the long Bank Holiday weekend from June 2 to 5. Official events are planned in major cities; hotels are getting in on the act; river cruises have been launched and just about everywhere there will be concerts, tea parties, exhibitions, parades and all kinds of special offers.

One London hotel is even, a little eccentrically perhaps, offering a free night if you bring your corgi. Here is our Platinum Jubilee travel lowdown. 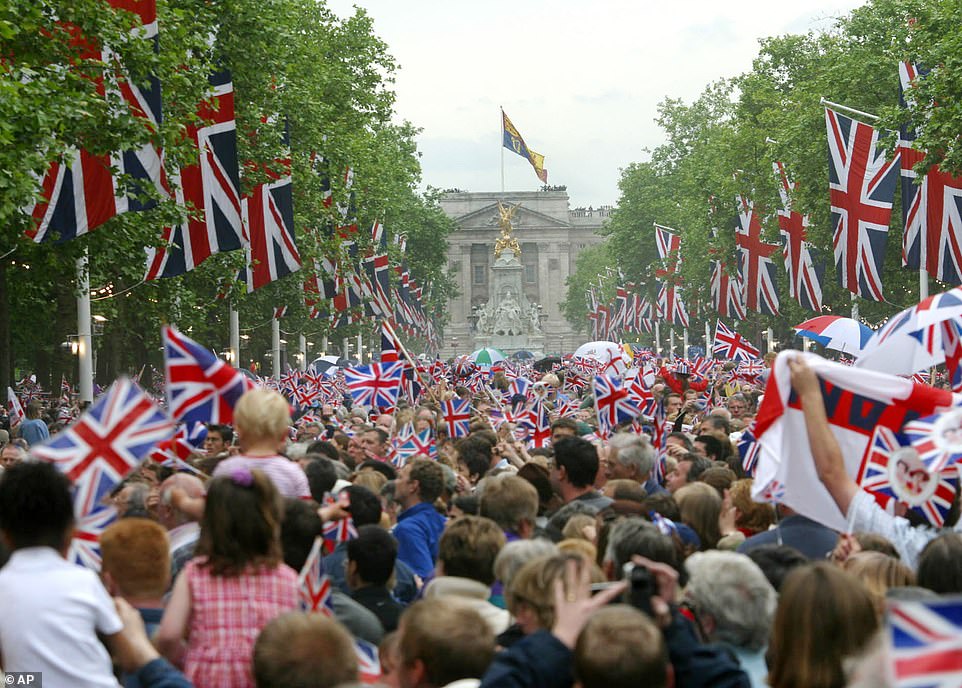 Neighbourhood street parties, concerts, tea parties, exhibitions, parades and all kinds of special offers are upon us in celebration of the Queen’s Platinum Jubilee. Pictured above are the crowds on The Mall at the Golden Jubilee celebrations of 2002 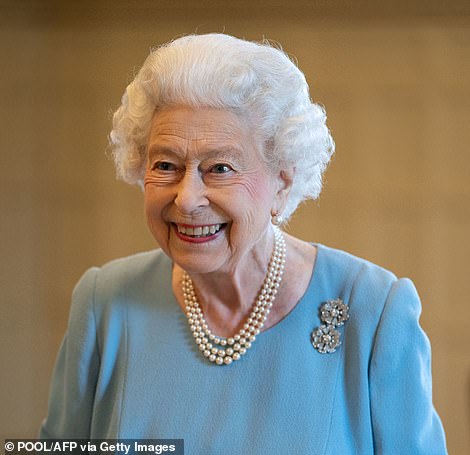 Afternoon teas will be served at Balmoral, the Queen’s favourite summer retreat, to mark the Jubilee

Afternoon teas will be served at Balmoral, the Queen’s favourite summer retreat, where you can watch the Jubilee celebrations on screens and listen to the Ballater Pipe Band. The Corgi Society of Scotland is also putting on a show.

Pembrey Country Park in Carmarthenshire is holding a Great British Craft & Food Festival on June 3. Explore its 500 acres of woodlands and the adjoining eight miles of golden sands after tucking into a royal feast of food.

How to do it: Free entry, runs from 10am to 4pm (pembreycountypark.wales).

Swing bands and other live music are planned over the long Bank Holiday at the home of the legendary World War II codebreakers. Bring your own deckchairs, tuck into food from stalls and enjoy the shows. 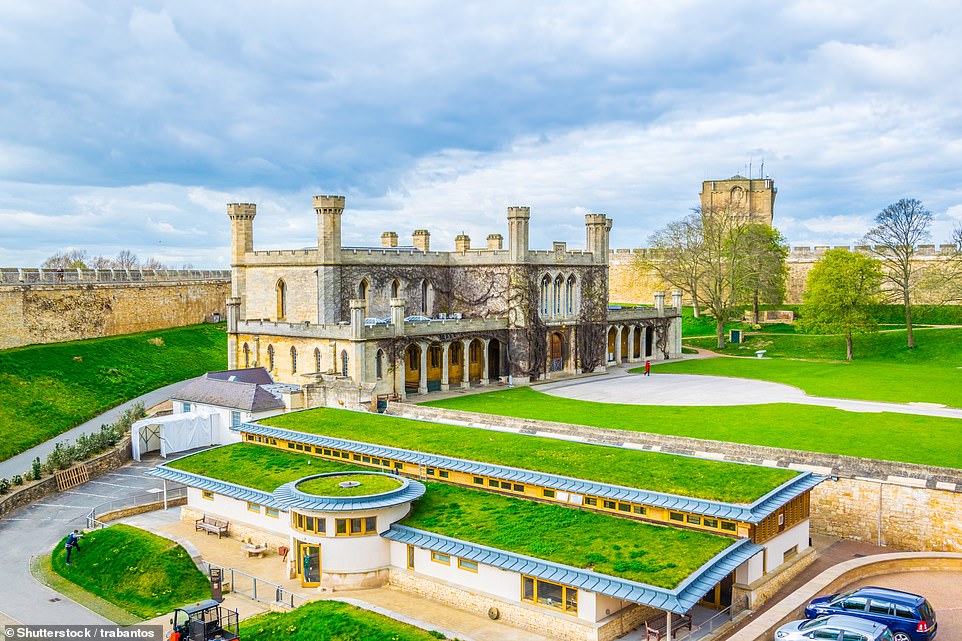 Get tickets to supper with a choral performance at Lincoln Castle, pictured above, on June 2 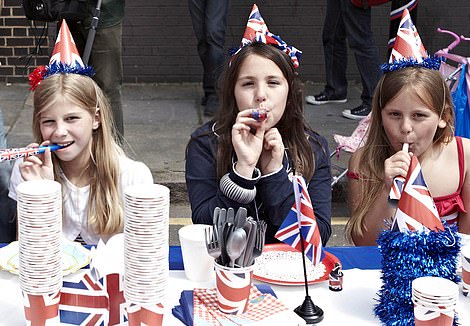 Fun and games: Children at a street party to celebrate the Diamond Jubilee in 2012

Live music, food stalls and family fun are being lined up around Lincoln Castle, where a Jubilee Beacon will be lit on June 2. There’s a family story trail with characters explaining the Queen’s decades on the throne.

How to do it: Entry to castle gardens free; supper with choral performance on June 2, £20 for adults and £10 for children (visitlincoln.com).

DRESS UP IN HEREFORD

Join the fun at the Platinum Jubilee fete at Whitfield Estate in Herefordshire on June 5, which will have a 1950s theme matching Her Majesty’s early days on the throne. Visitors are encouraged to dress in period style. There will also be a royal fancy-dress competition.

How to do it: Free entry (whitfield-hereford.com). 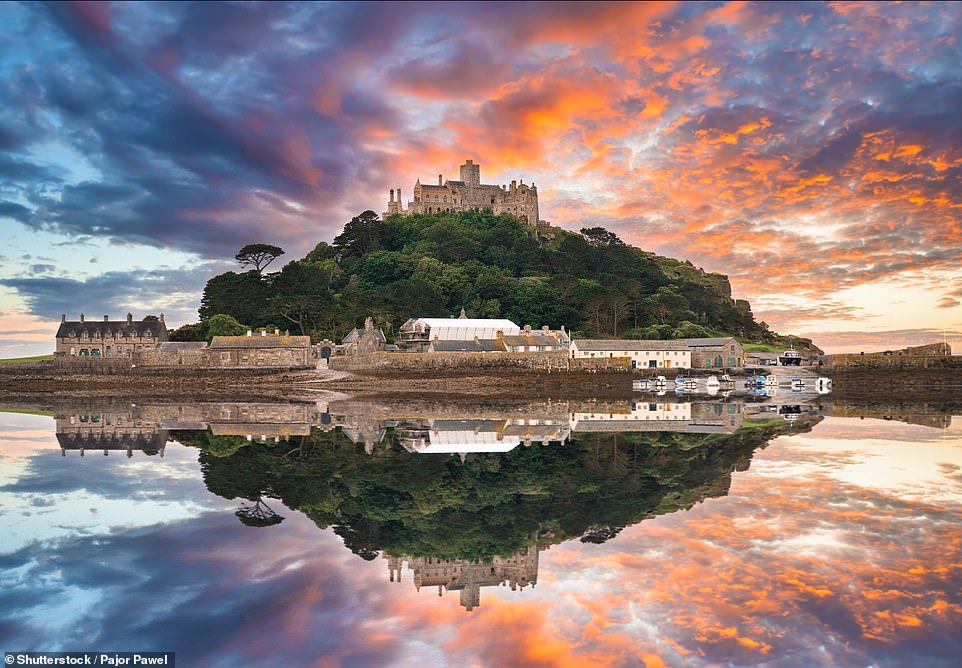 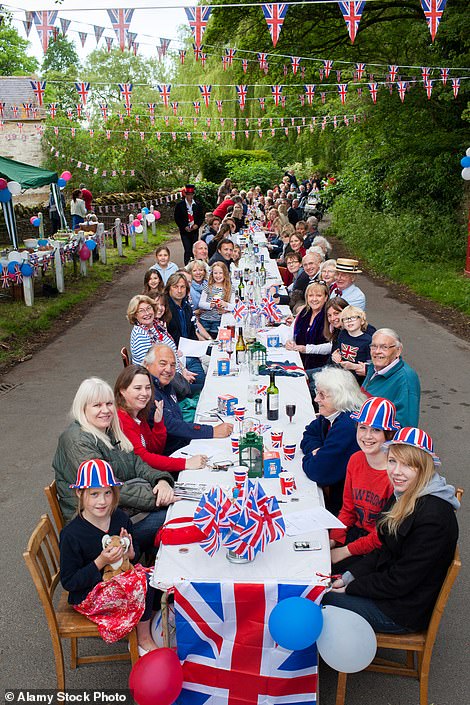 All together now: Street parties, such as this one in 2012, bring out the best in communities, and there are plenty in store for the Jubilee weekend

After the lighting of a beacon on June 2 on St Michael’s Mount in Cornwall, events are planned across the weekend, with a flotilla of oar- and wind-powered boats circumnavigating the island on June 4.

How to do it: Garden admission £10 adults, £6 children aged 5-17, under-fives free (stmichaelsmount.co.uk).

Join in the Platinum Party at Government House, where there is to be brass band music on June 4, plus a live screening of the evening concert at Buckingham Palace. An arts festival takes place the next day.

How to do it: Events are free (visitguernsey.com).

The Fit For A Queen Weekend at Sackville Gardens on June 4 features music stars from the 1990s and 2000s including Atomic Kitten and the Cheeky Girls.

Other city events over the weekend include the Manchester Flower Show.

How to do it: Tickets are from £25 (visitmanchester.com). 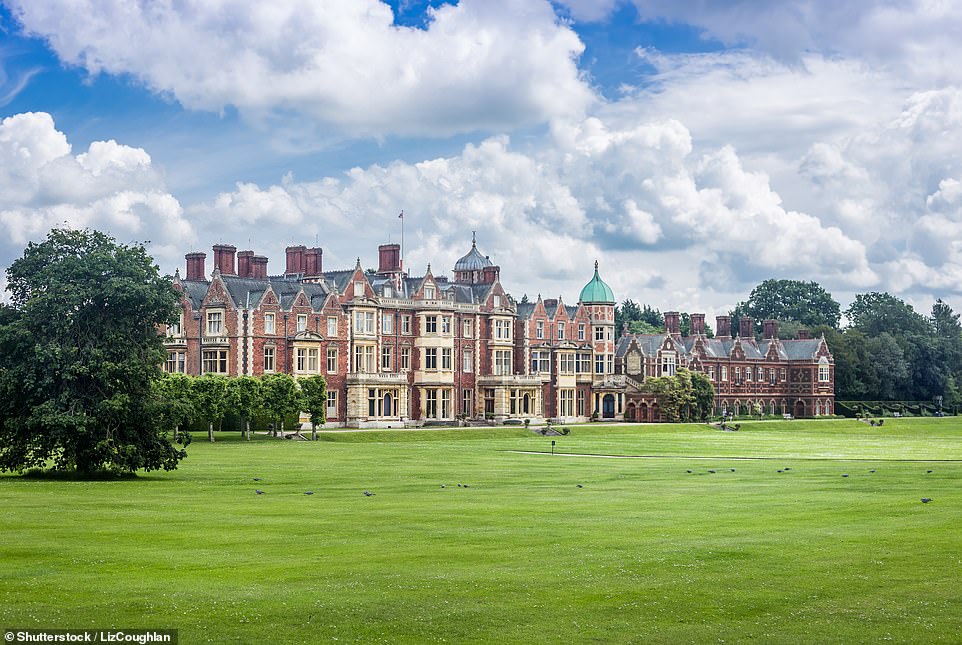 Learn about the Royal Family’s affection for the Sandringham Estate (pictured) in Norfolk at the new exhibition, Her Majesty The Queen At Sandringham 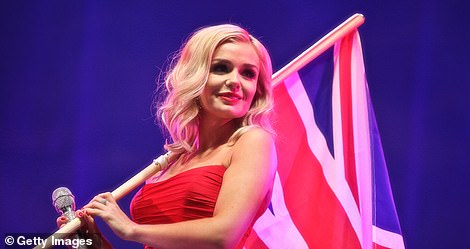 Katherine Jenkins, pictured, will perform at Sandringham in honour of the Jubilee

A new exhibition, Her Majesty The Queen At Sandringham, showcases the Royal Family’s affection for this country retreat in Norfolk. Musical events over the weekend — including a Katherine Jenkins concert — have sold out.

How to do it: Exhibition tickets £23, under-17s free (sandringhamestate.co.uk).

Take part in a new festival, Taste Liverpool — Drink Bordeaux, being held over all four days.

It’s a celebration of local cuisine, French wine and the Queen all in one, with cookery demonstrations and stalls.

How to do it: Find out more at visitliverpool.com/tasteliverpool. 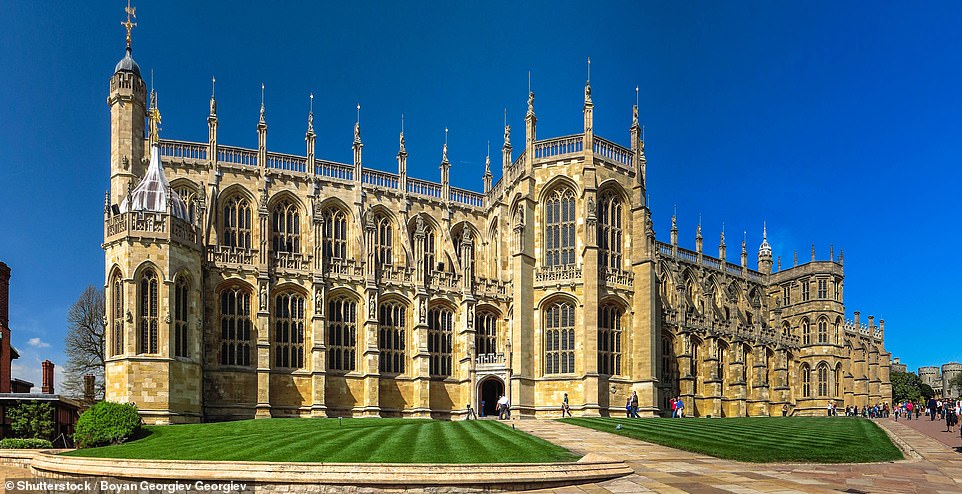 Spend the Jubilee weekend in Windsor, where a concert will be held at St George’s Chapel (pictured) on June 3

Events kick off with Trooping the Colour moving down the Mall to Horse Guards Parade on Thursday, June 2, with more than 1,400 officers, 400 musicians and 200 horses — plus a fly-past. Platinum Jubilee beacons will be lit in the evening.

Then on Saturday, June 4, a Platinum Party at the Palace will include a special concert — tickets are sold out, but it will be shown on TV.

A Platinum Jubilee Pageant will also be held by the Mall on Sunday, June 5, with parades of costumes, flags and music.

But it’s not just about official events… tourist attractions and hotels have come up with celebrations of their own.

A new exhibition, St Paul’s, The Monarch and The Changing World, is being held at St Paul’s Cathedral, exploring the grand ceremonies of the Royal Jubilees of George III, Victoria, George V and Elizabeth II.

Join one of the Platinum Jubilee Champagne Afternoon Tea Cruises departing from Tower Pier being offered from June 2-5 including champagne, sandwiches, cakes and a royal commentary.

The Moat at the Tower of London has been planted with tens of thousands of flowers to create a sea of colour to celebrate the jubilee. Visitors can walk through.

Details: Free to view from public paths; tickets to walk through £12, children five to 16, £6 (superbloom.hrp.org.uk).

On June 3 and June 4, Right Royal City guided two-hour walking tours take in sights in the City of London connected to former kings and queens. 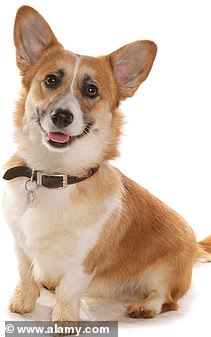 To celebrate the Queen’s favourite pet, the swanky ME London Hotel on the Strand is letting Corgi owners who book two nights during the Jubilee have one night free.

The Goring in Belgravia, the only hotel with a Royal Warrant from The Queen, is offering special Jubilee afternoon teas as well as menus inspired by dishes first served during the Queen’s coronation.

Dukes London, just round the corner from Buckingham Palace, is offering guests a bottle of champagne on arrival and afternoon tea or a Jubilee picnic in Green Park.

Guests at The Dilly on Piccadilly can hire a bike with a picnic provided to cycle to one of the nearby royal parks such as Green Park, Hyde Park or St James’s Park.

Details: Two-night packages with bikes and picnics each day from £1,264 (thedillylondon.com).

Windsor’s celebrations include the lighting of a Jubilee beacon on June 2, a concert held at St George’s Chapel on June 3, a Jubilee Picnic in the Park on June 4 (with live music and displays of cars from every year since 1952), plus another foodie event on Sunday.

How to do it: Visit windsor.gov.uk.

Across the country, the Royal Horticultural Society is marking the Platinum Jubilee with planting of new trees at its gardens. There are also to be red, white and blue floral displays over June 2-5 and brass band performances from Surrey to Salford.

How to do it: Visit rhs.org.uk.

The big Jubilee Gala Concert at Symphony Hall in Birmingham on June 2 will feature pieces by Ralph Vaughan Williams, Edward Elgar and composers from across the Commonwealth.

Enjoy a Jubilee party performance by Queenergy, one of the UK’s leading tribute bands to Freddie Mercury’s rock group Queen, at the Stairway music venue in Biggleswade, Bedfordshire, from 6pm to midnight on June 2.

How to do it: Tickets £5 (stairwaybiggleswade.com).

Seventy vessels will set sail along the Humber from Hull Marina on June 2 for the Flotilla Platinum Jubilee Celebrations. Lifeboats will join tugs, trawlers and pleasure boats.

How to do it: Find out more at visiteastyorkshire.co.uk.

To tie in with the Jubilee, Royal Crown Derby has released a new collection of handcrafted items inspired by the Queen’s Coronation dress.

Elsewhere in Derby, a military parade, stage show and swing dancing on Cathedral Green is planned from June 2 to 5.

Great Yarmouth’s Golden Mile beach is staging The Kees-Gert Friesian Queen’s Jubilee Memorial Ride, with majestic horses parading along the sands on June 2. Meanwhile, the Great Yarmouth Beer and Cider Festival is from June 1 to 5.

How to do it: Free horse show; festival tickets £3 (visitgreatyarmouth.co.uk).

Celebrate by the seaside with a Jubilee festival on June 4 featuring music in tribute to Great British Bands that have risen during the Queen’s reign.

The evening will be topped off with a beachside firework display.

How to do it: Find out more at visitlincscoast.co.uk.

Southampton’s royal connections are being highlighted in a Celebrating A Reign exhibition at SeaCity Museum. The Big Platinum Festival is being held in Mayflower Park on June 5 with food stalls, a funfair and pop hits from the past 70 years.

Aled Jones and Bonnie Tyler will perform at Cardiff Castle’s Jubilee Celebration on June 4, as will the Pendyrus Male Choir, pop bands and a full-piece orchestra. Later, screens will show the evening concert in London.

How to do it: Adults £32.50, children under 16 free but must register (liveunderthestars.wales).

This year’s Seafront Carnival in Eastbourne is on June 4, with more than 1,500 participants on floats and in costumes dancing from Western Lawns to Princes Park. Expect live music and food stalls with regional produce.

How to do it: Find out more at visiteastbourne.com. 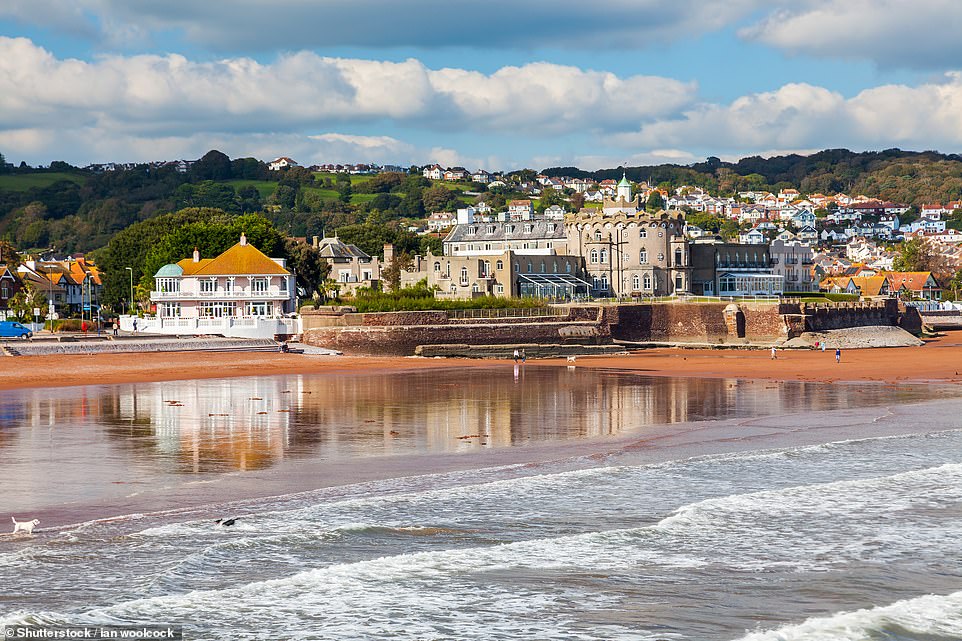 Don’t miss the English Riviera Airshow at Paignton, Devon (pictured), which coincides with the Jubilee 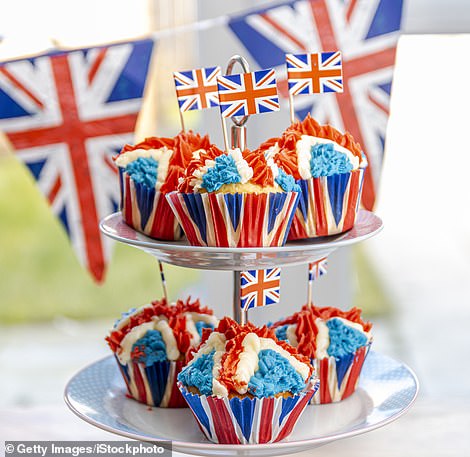 Across the nation, bunting is at the ready, trestle tables are being dusted down and Union Flags prepared

The English Riviera Airshow at Paignton, Devon, coincides with the Jubilee on June 4-5. Red Arrows, Spitfires, Hurricanes and Lancasters take pride of place in fly-bys.

How to do it: Entry free (englishriviera.co.uk).

Jubilee events are being held in Warwick on June 2 including live music, food stalls and classic car displays. There’s also a Wiggle Of Corgis trail for children, with corgi stickers to discover around the city centre.

How to do it: Visit warwicktowncouncil.gov.uk.

A Jubilee beacon will be lit, there are themed tea dances at City Hall, Belfast, plus a service of thanksgiving at St Anne’s Cathedral.

An event at 2 Royal Avenue on June 4 will highlight life at the time of the Coronation.

How to do it: Visit belfastcity.gov.uk/jubilee.