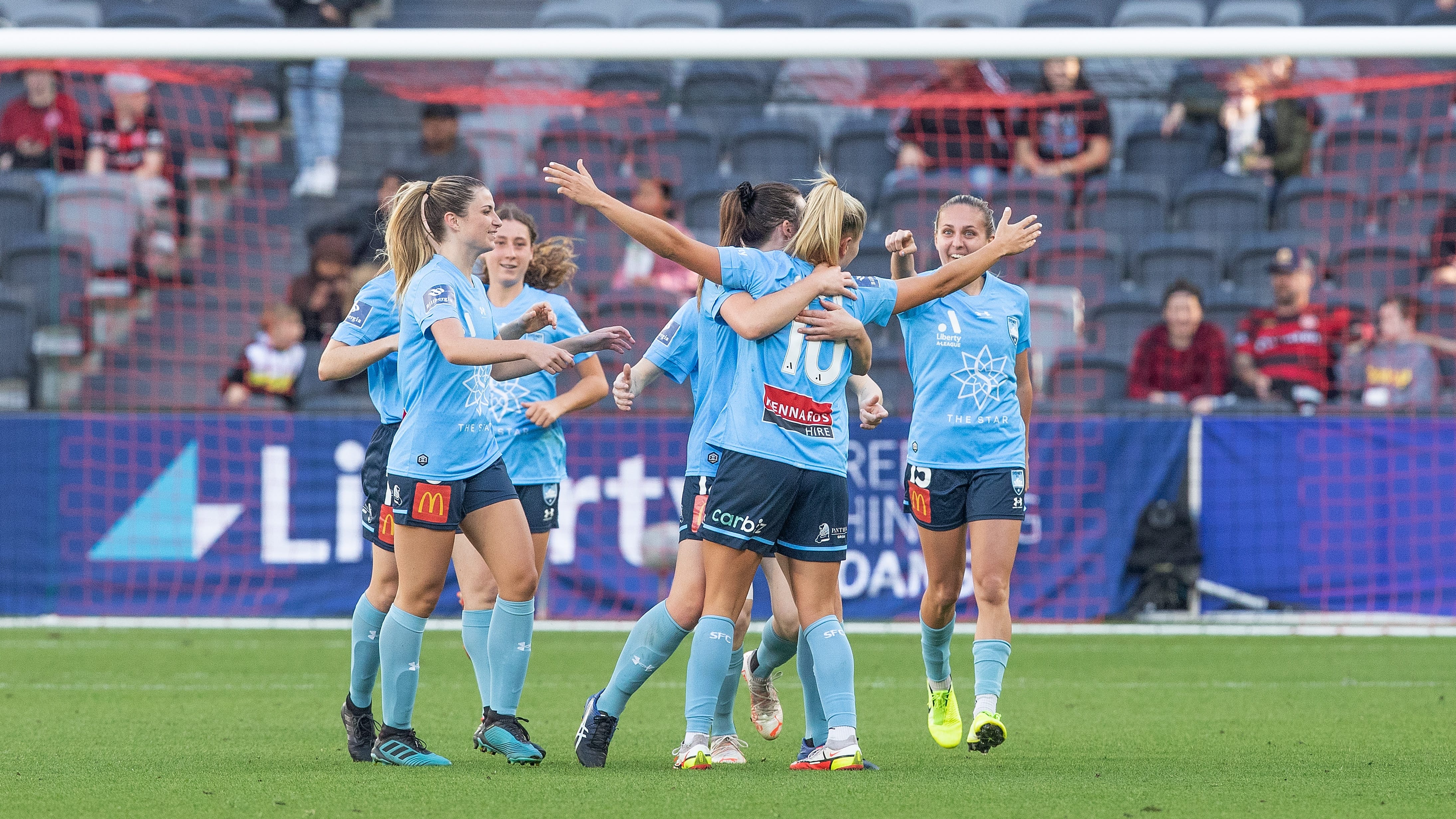 As we reach the halfway point of the season, two sides have been more consistent than the other. Melbourne City and Sydney FC have established themselves as the teams the beat and this week they face off against each other.

Rado Vidosic’s revival has been quick. After missing the finals last season, Melbourne City has stormed back into contention. The 1-0 win over Adelaide United was the fourth in a row and although it was a tight contest, it was one they never really looked like losing.

Even without Holly Mcnamara, City were still able to find a way to goal. The twin threats of Hannah Wilkinson and Rhianna Pollicina are still dangerous. Pollicina is always willing to run at defenders and try to create and opening when she has the ball.

💪🏽 Too strong for the Adelaide defence, this Rhianna Pollicina goal was enough for us to take home all three points on Saturday!#CmonCity | https://t.co/XCtjIruzId pic.twitter.com/O6vUcLo9bS

Wilkinson was quiet against Adelaide United but she has been one of the most composed finishers in the league this season. Her goals against Melbourne Victory are Wellington Phoenix were reminders that any defensive errors will be punished, ideally with a delightful chip over the keeper. With seven goals, she leads the race for the golden boot, three clear of Mackenzie Hawesby.

Caitlin Karic lit up the Victorian NPLW with FV Emerging. The young winger has not many minutes in the A-League Women so far to show what she can do but she did manage a shot on goal against Adelaide despite coming on in injury time.

City’s attackers have been making the headlines but their defence has been impressive this season.

They have only conceded twice in six matches, and only once in their last three (while they were 5-0 up against Victory.)

Emma Checker has been excellent at the heart of the defence and Melissa Barbieri has been as good as she has ever been in goal. City have the leagues second best goal difference and no obvious weaknesses.

Sydney FC are the only who have scored more and conceded less. They are the sole undefeated side in the competition and If they beat City this weekend, they will look unstoppable.

Much of their success has been down to the attack of Princess Ibini, Cortnee Vine and Remy Siemsen. The trio have combined for eight goals so far with midfielder Mackenzie Hawkesby leading the side with four of her own.

Any concerns over how they would function without Vine and Siemsen were swept aside in a 6-0 drubbing of Canberra United. Ibini scored once, set up another and Maria Rojas scored three to rocket up the scoring charts.  Even emerging squad player Charlize Rule has scored twice. They have more weapons up front than any other team.

Like City, their success has been build on defence. They have only conceded once as the season reaches the halfway point. That solitary goal came in round one against the Newcastle Jets in a comfortable 3-1 win. The closest they have come to being tested was in a 0-0 draw with Western Sydney in which they created more than enough chances to win.

Like their opponents this weekend, they have no real weaknesses. If they have an edge over City this week is it in their midfield. Hawkesby is creating, scoring and pressing the opposition. No team in the league currently has a player doing what she does with the same reliability.

With both teams boasting steady, strong defences, this game might come down to an individual moment. A piece of Rojas or Pollicina magic, an Ally Green missile or an Emma Checker header.

This game has engrossing battles all over the park. It will likely be a tight match, an entertaining match, and one that could also be a Grand Final preview.

CleanSpark Mines Record 697 Bitcoin In January, A 50% Increase Since December

Budget 2023: Consistency in tax provision and not too many nasty surprises

CleanSpark Mines Record 697 Bitcoin In January, A 50% Increase Since December

Budget 2023: Consistency in tax provision and not too many nasty surprises