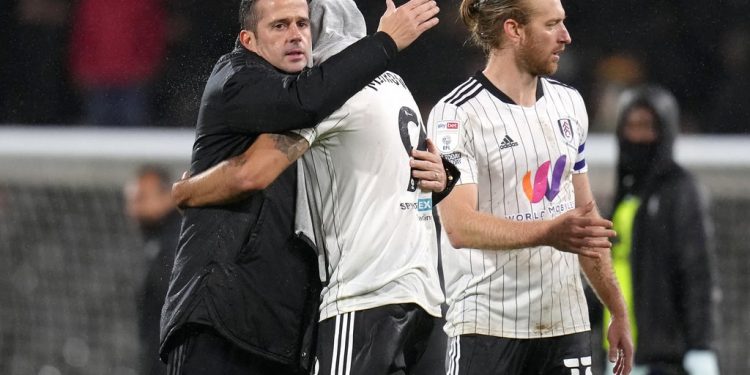 Fulham have another chance to clinch promotion as the Easter weekend shapes up to decide some of the ups and downs in the English Football League.

While the Premier League still has a way to run, several issues are starting to be decided in the EFL – starting with Crewe’s relegation from League One last Saturday.

Here, the PA news agency looks at what is at stake this weekend.

Fulham would have had the chance to seal promotion last weekend had Nottingham Forest lost to Birmingham, but a 2-0 win for Steve Cooper’s side delayed the party by at least a week even before the Cottagers’ surprise defeat to Coventry on Sunday.

That means the equation is the same this time around – victory over Derby would be enough for Marco Silva’s side should Forest lose at Luton earlier in the day.

Back-to-back wins on Friday and then on Tuesday against Preston could seal the title should Bournemouth lose against both Middlesbrough and Coventry, while striker Aleksandar Mitrovic remains just two away from the first 40-goal league season in almost 30 years.

No relegations can be confirmed on Friday, though if Hull better Barnsley’s result it would leave only Reading, the Tykes, Derby and Peterborough battling to avoid the bottom three spots and there is the chance of a resolution as soon as Easter Monday.

Seven teams remain mathematically in the hunt for automatic promotion and with nine points covering the top four of Wigan, MK Dons, Rotherham and Plymouth, nothing will be decided on Friday.

Latics are already guaranteed a play-off place at least, and MK Dons would join them if they beat Sheffield Wednesday or match Wycombe’s result against AFC Wimbledon. Rotherham‘s top-six place could also be confirmed with victory over Ipswich and a defeat for Wycombe.

At the bottom, Doncaster’s win over Crewe last week sent Alex down and ensures the remainder of the relegation battle will run at least until Monday.

Scunthorpe will be officially relegated from the EFL if they lose to Leyton Orient, or if their result is matched by any two of Barrow, Oldham and Stevenage.

Three of the top four in League Two still have six games to play, meaning promotion will not be confirmed on Friday.

Leaders Forest Green would be assured at least a play-off place if they beat Barrow and any one of Northampton, Bristol Rovers and Sutton drop points, and would then have the chance to win promotion on Easter Monday.