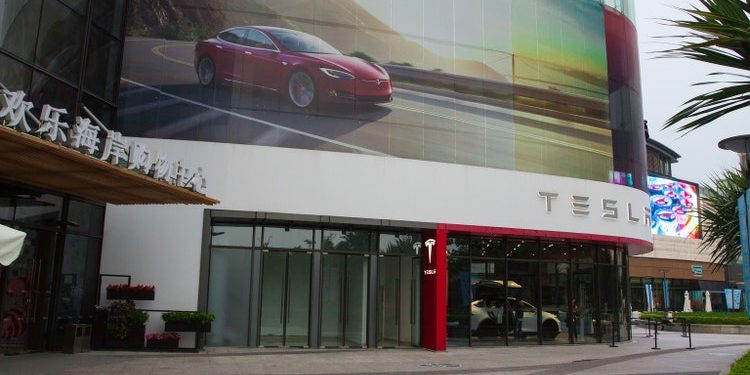 
I. Introduction: So Many Risks. Who Cares?

It seems almost absurd to write about material risks to Tesla’s (NASDAQ:TSLA) business model and share price. So many such risks exist. Just by way of example, the risk posed by:

These risks, and many more, all exist, and yet to judge by market action, neither individually nor collectively do they register with Tesla investors.

All the same, I write today about what I view as an existential risk to Tesla: Its immense dependence on its Shanghai factory, and the risks to Shanghai operations highlighted by the Russian invasion of Ukraine.

II. The Crucial Importance of Shanghai to Tesla

It’s difficult to overstate the importance to Tesla of the Shanghai factory. It’s the company’s most productive, cranking out more than half of Tesla’s total production. It does so with, by far, the cheapest labor and least expensive parts. It sells not only into the Chinese EV market, which is the world’s largest, but also exports cars, chiefly to Europe (though the opening of Tesla’s Brandenburg factory may eventually change that).

Gordon Johnson, in analyzing Tesla’s 2021 10-K, calculated that 102% of the company’s profits came from its Chinese operations – in other words, subtracting the performance of China, Tesla would have had a small net loss instead of $6.3 billion in income (before income taxes).

Tesla’s financial statements are too opaque for me to determine with any level of certitude whether Johnson’s analysis is entirely correct. The paucity of operating segment detail offered by Tesla is another story altogether. Regardless of whether Johnson has every detail right, it’s obvious that China constitutes a huge portion of Tesla’s production, profits, and growth prospects.

Tesla’s Shanghai factory came with some immense benefits, including the generous land grant, some highly favorable financing arrangements, the aforementioned cheap labor & parts costs, and – most unusually – 100% of the operation’s ownership remaining in Tesla’s hands, rather than the usual 50-50 joint venture between foreign-owned and Chinese-owned entities.

However, the factory also came with significant risks. Since announcing the Shanghai factory, and disclosing the Oct. 17, 2018, Grant Contract under which Tesla has use of the factory site for 50 years, the general nature of the risks has been obvious. My oft-times collaborator, Maxed Out Mama, has allowed me to share her insights about how much Tesla is at the mercy of the Chinese government in various articles, beginning with this one and this one, both from April of 2020.

It was not simply the revenue threshold Tesla must meet by the end of 2023, which would appear to require maintaining Shanghai as a major export center to Europe – a hurdle that seems more problematic with the opening of the Brandenburg factory.

No, much more problematic than the revenue hurdle is the immense discretion the Grant Contract gives the Chinese government about whether Tesla will continue to be allowed to produce cars at the factory. If “special circumstances” arising from “public interest” at any time require the grant to be revoked, then (per Article 22) the government may do so, reimbursing Tesla Shanghai only for the “residual value” of the land and improvements.

And if something called the Shanghai Lingang Area Development and Construction Management Committee determines that “the industry product within the granted land fails to meet relevant standards,” then (per Article 48) the People’s Republic of China (the PRC) can take possession of the factory site.

The Grant Contract does not offer any definition of “special circumstances,” “public interest,” or “relevant standards,” nor does it indicate who the committee members are or how they are selected.

If a contract disagreement arises that cannot be resolved by negotiation, then the forum for resolution is the People’s Court of the PRC.

The effect of those contract clauses is to make Tesla utterly subservient and beholden to the dictates of the Chinese Communist Party and its General Secretary (and President of the People’s Republic of China), Xi Jinping. That subservience is clearly illustrated by comparing Musk’s reaction to the 2020 health directives of Alameda County, Californiam with the far more draconian 2022 actions of the Chinese government in Shanghai.

Recall that in March of 2020, Alameda County, California, health authorities ordered the county’s residents to shelter in place, resulting in Tesla’s Fremont factory being forced to suspend production. Musk filed a lawsuit challenging the order, then – while not even awaiting a judicial decision – defied the order by re-opening the factory.

Then, in a profanity-laced rant during an April 29, 2020 conference call, Musk praised China’s infrastructure as being “much better” than that of the U.S., and lashed out at California health authorities for their policies:

I think the people are going to be very angry about this and are very angry. It’s like somebody should be, if somebody wants to stay in the house that’s great, they should be allowed to stay in the house and they should not be compelled to leave. But to say that they cannot leave their house, and they will be arrested if they do, this is fascist. This is not democratic. This is not freedom.

So the expansion of the shelter in place or, frankly, I would call it, forcibly imprisoning people in their homes against all their constitutional rights, that’s my opinion, and breaking people’s freedoms in ways that are horrible and wrong is not why people came to America or built this country. …Excuse me. But outrage – it’s an outrage. It will cause great harm not just to Tesla, but to many companies.

Now, fast forward two years to present time. In Shanghai, a government-ordered factory shutdown has been in effect since March 28. As I write this, that amounts to 15 days of lost production. Given Tesla’s Shanghai annual production rate of approximately 600,000 vehicles, Tesla has already suffered a production drop of 25,000 vehicles, with that number mounting each day that the lockdown continues.

Moreover, given the inevitable Chinese supply chain disruptions that will result from the lockdown, Tesla’s production rate is likely to take some time to ramp back up once the lockdown ends.

The Shanghai lockdown is far more draconian than anything attempted in California. Some 25 million people have essentially been confined to their homes, and many evidently are starving. It’s part and parcel of a China “zero-COVID” policy that’s far more aggressive than anything California ever attempted:

Moreover, China’s zero-COVID is of dubious efficacy, likely prompted by the less effective nature of the Chinese vaccines, and enforced without regard to the immense collateral costs.

And yet, in spite of all these factors, Musk has not uttered a single word of criticism about the Shanghai shutdown. His history since the Grant Contract is, when he speaks, to offer only unreserved praise for the policies of China’s autocratic government, with special focus on the Chinese Communist Party and Chairman Xi:

The Tesla and SpaceX entrepreneur applauded the country’s success as he responded to a Twitter post by state media outlet Xinhua News featuring a speech by China’s president, Xi Jinping.

“The economic prosperity that China has achieved is truly amazing, especially in infrastructure! I encourage people to visit and see for themselves,” tweeted Mr Musk.

How to explain why Musk was a ferocious criticism of Alameda County’s health regulations, while he appears sycophantic and (as regards the Shanghai lockdown) silent in China?

To me, it seems obvious that Musk’s subservience to the CCP is borne of the hammer held over Tesla’s head in the Grant Contract. (And, as a side note, Musk’s deference to autocracy in China stands in ironic contrast to his pose as a First Amendment hero to users of Twitter, which is altogether banned in China.)

V. The Russian Invasion Brings a New Risk Into Focus.

Tesla, as the only 100% foreign-owned automaker in China, holds a privileged place, but it holds it tenuously. The risk that China could retaliate against Tesla in response to U.S. or European sanctions or policies China finds distasteful has always been present. As has the risk that the U.S. or Europe could put in place sanctions that would crimp Tesla’s Chinese operations.

As geopolitical tensions increase between the United States and Europe, on the one hand, and China, on the other, Tesla’s hold on Shanghai would seem to become more fraught with risks. And, with the invasion of Ukraine by Russia, the risks to Tesla grow.

Despite earnest efforts from President Biden, China is not only offering Russia significant financial support by buying Russian oil and other commodities, but also is giving Russia a huge assist on the propaganda front by broadcasting Russia’s claims that its “special military operation” is aimed at “de-Nazification” of Ukraine:

Since the war began, (Chinese diplomats and official journalists) have parroted the Kremlin’s justifications for it, including President Vladimir V. Putin’s claim that he was fighting a neo-Nazi government in Kyiv. On Twitter alone, they have used the word “Nazi” — which Russia uses as a rallying cry — more times in the six weeks of the war so far than they did in the six months before, according to a database created by the Alliance for Securing Democracy.

In an example on Wednesday, an official with China’s Ministry of Foreign Affairs tweeted a doctored photo appearing to show Nazis holding a flag with a swastika next to flags of Ukraine and the United States. “Surprisingly, the US stands with the neo-Nazis!” the official, Li Yang, wrote of the image, which originally featured a neo-Nazi flag in place of the American flag.

China’s interest in the Russian war is motivated by several factors. First, a desire to undermine U.S. strength in the world (and the U.S. has spent the past decade assisting mightily in this effort). Second, and more importantly, China almost surely sees the outcome of the Ukraine conflict as vital to its longstanding designs on Taiwan.

Imagine, for instance, that China were to attempt an invasion of Taiwan, and imagine that the U.S. and Europe responded with sanctions analogous to those they have imposed on Russia. In such an instance, it’s inconceivable that Tesla’s Shanghai operations would not be materially compromised.

In short, Tesla’s future is so deeply tied to China that both Maxed Out Mama and I continue to believe it’s more properly seen as a Chinese company than a U.S. company. The high profile of both Tesla and its CEO make it a ripe target for retaliatory sanctions imposed either by the Chinese or by the Western countries who increasingly view China as an ever more dangerous geopolitical threat.

As a final note, and as reflected in the disclosures, I have no short position in TSLA except for an indirect short position via a relatively small position in the SARK ETF that works, in effect, as a short position on all the portfolio holdings of Cathie Wood’s ARKK ETF. I strongly discourage anyone but professionals from shorting Tesla, as it’s more properly seen as a religion or popular movement than a financial investment.