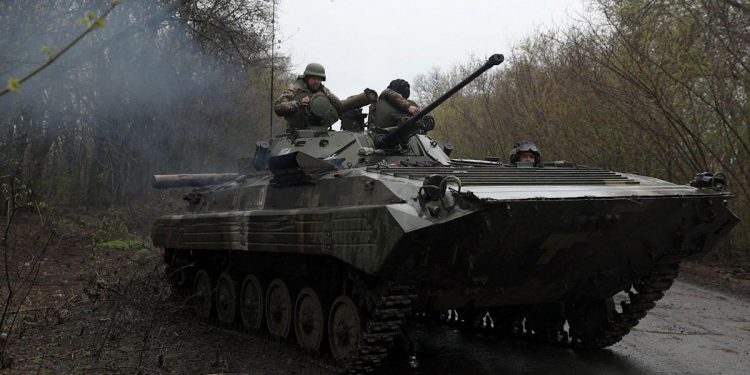 Russia has lost another general in Vladimir Putin’s invasion of Ukraine, according to top Ukrainian officials, The Kyiv Post has reported

Maj. Gen. Andrei Simonov was killed near the city of Izyum in the Kharkiv region, which is currently occupied by Russian forces, Ukrainian authorities said.

The Ukrainian military attacked a field command post of the Russian 2nd Army on Saturday, striking more than 30 Russian armored vehicles, including tanks, according to the paper.

Footage posted on social media appears to show the command post being bombarded by rockets, said the Kyiv Post.

The general was among  100 Russian soldiers killed in the attack, President Zellenskyy’s military adviser Oleksiy Arestovych said, according to The Kyiv Post. Arestovych said well-placed army sources had confirmed the death of Maj. Gen. Simonov in a YouTube interview, per the Mail Online.

The claims by the Ukrainian authorities have not been independently verified.

Russia has not as of yet confirmed the death of Maj. Gen. Simonov.

His death would make him the tenth Russian general to die in Ukraine, according to a count by The Kyiv Post.

Russia has suffered heavy losses since it began its invasion of Ukraine on February 24, losing many of its top generals and commanders.

NATO estimates that Russia has lost up to 15,000 troops during the war, while Ukraine claims to have killed nearly 20,000.

Russia has put its official death toll in Ukraine at 1,351, which was last updated on March 25.