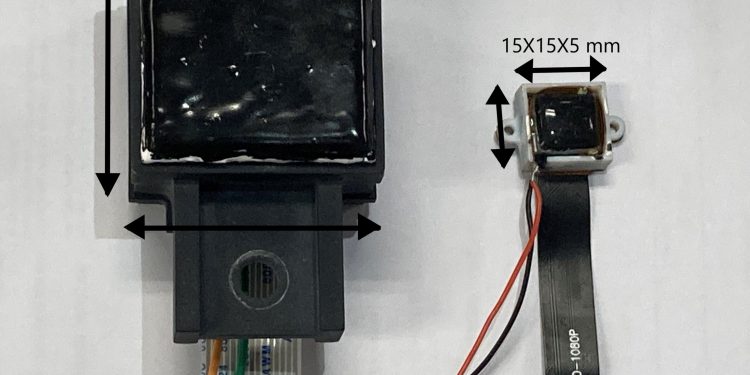 
Recent technological advances have enabled the creation of increasingly sophisticated sensors that can track movements and changes in real-world environments with remarkable levels of precision. Many engineers are now working to make these sensors thinner so that they can be embedded in a variety of devices, including robotic limbs and wearable devices.

Researchers at Hong Kong University of Science and Technology have recently developed a thin sensor for computer vision applications, which is based on a micro lens array (MLA). MLAs are 1D or 2D arrays comprising several small lenses, which are generally arranged in either squared or hexagonal patterns.

To create their sensor, which is 5 millimeters thin, Chen and his colleagues placed multiple micro lenses over the full surface of an elastic layer. To ensure that the surface of the lenses was uniformly spherical and smooth, they used two techniques known as thermal reflow and soft lithography, which are often used to reshape structures at a micro- and nano- scale.

“We capture the image in multiple vision units, like many insects do, and once the touching events happens, we process the images to provide feedback, such as force mapping,” Chen explained. “The unique advantage of our sensor is that by re-designing the imaging system, we achieved a thin-format size. Now the thickness of sensor is around 5 millimeters, while this parameter for other vision-based tactile sensors is at least 18 millimeters.”

So far, Chen and his colleagues evaluated their sensor in a series of preliminary tests, achieving very promising results. They found that their device could capture clear tactile images with a high spatial resolution and could also map displacements in surfaces and force distributions with high levels of accuracy.

In the future, the thin, MLA-based sensor developed by this team of researchers could be integrated into a variety of electronic and robotic systems, to enhance their ability to detect the tactile properties of surrounding environments or collect valuable tactile data. Meanwhile, Chen and his colleagues would like to develop their sensor further, while also integrating it and testing it in various real-world devices.

“By improving or re-creating the hardware of vision-based tactile sensors, we believe that our sensor could assist many computer vision tools, such as object recognition and tracking tools,” the team of researchers told TechXplore. “We believe there is more potential in multiple vision units, so we may build a three-dimensional position based on this sensor in the future. In addition, we would like to combine the sensor with a robotic arm to execute more tasks.”