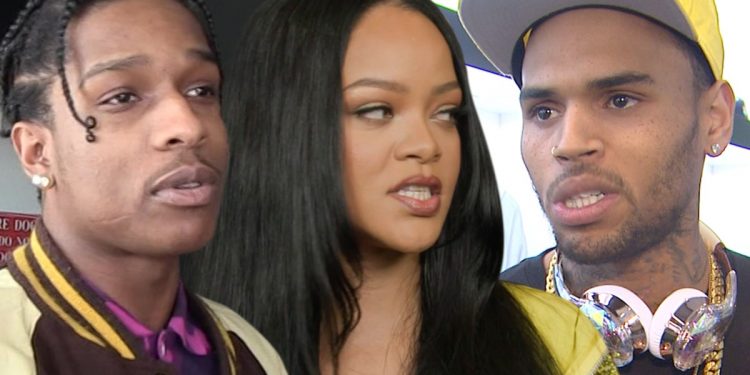 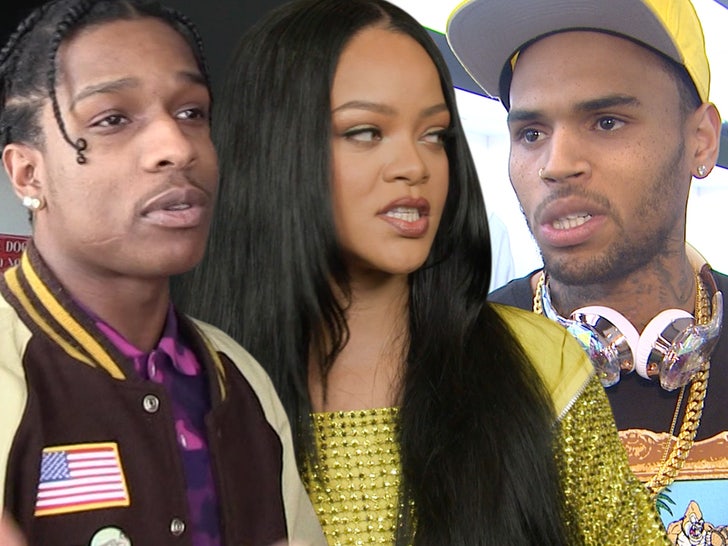 A$AP Rocky is using his new song to call out one of Rihanna‘s exes … referencing his girlfriend’s infamous beating at the hands of Chris Brown.

The rapper takes a thinly-veiled shot at Breezy in his new track, “D.M.B” … where Rocky raps, “I don’t beat my bitch, I need my bitch.” The song title stands for, “DAT$ MAH B!*$H.”

Of course, A$AP is referencing CB’s well-document attack on RiRi back in 2009, when Chris punched her in his car, resulting in bruising and a split lip.

Chris was sentenced to 5 years probation and community service for assaulting Rihanna, and later admitted the incident made him feel like a monster and would haunt him forever. Clearly, A$AP is not letting Chris live it down.

The music video for “D.M.B.” just dropped Thursday, and there’s also imagery of A$AP and Rihanna tying the knot — they have gold grills that say “Marry Me” and “I Do” — which is interesting because RiRi is pregnant with Rocky’s baby.