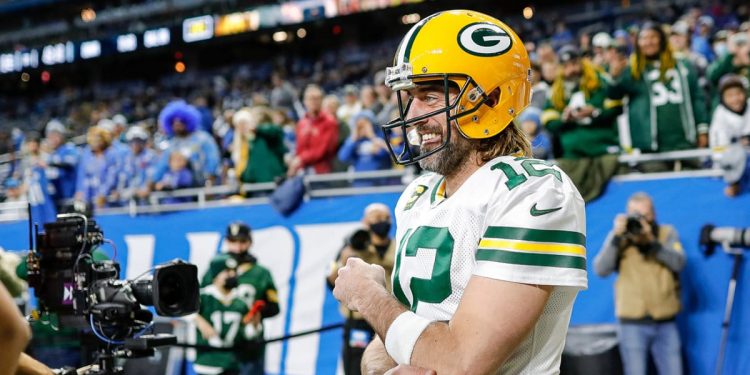 During his weekly appearance on the The Pat McAfee Show Tuesday, Packers quarterback Aaron Rodgers addressed a radio prank that circulated earlier in the week. On Friday, a video posted by the Funhouse Twitter account started to gain national attention.

The video from WFAN’s Boomer & Gio show featured Gregg Giannotti reading a tweet Boomer Esiason received from an unnamed source claiming to know that Rodgers would boycott the Super Bowl if his team made it there because of the COVID-19 protocols.

Rodgers appeared to take the tweet read on air at face value. He wasn’t pleased in his response.

“I’ve given a lot less f—- the last couple of years, but one thing that I do give a major f— about is narratives about me,” Rodgers said. “Especially ones that are so ridiculously off-base. And this one was pure comedy for me.”

Rodgers quote Tweeted the video posted by Funhouse and teased it. He, along with quarterbacks Jordan Love and Kurt Benkert also jumped in and found the supposed report hilarious. Not soon after Funhouse posted the original video on Friday, Giannotti clarified that while live on the air, they determined the message was a prank.

Esiason also said that Funhouse edited the video to omit the two radio hosts coming to the conclusion the message had no validity. This was all well before Rodgers took the air on Tuesday.

It’s unclear if Rodgers or McAfee were aware the video was a prank. Either way, Rodgers wasn’t a fan of the message being read on air.

“To say some asinine stuff like that deserves a response,” Rodgers added.

For more Packers news, head over to Packer Central.

An L.A. street musician’s tale of ingenuity and perseverance