Aaron Rodgers on IG post: ‘Nothing cryptic about gratitude’ 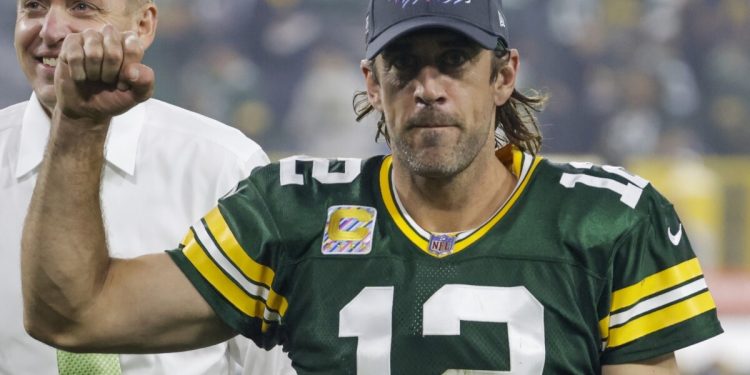 
Aaron Rodgers made headlines when he tested positive for COVID-19 and admitted he had “misled people” about his vaccination status.

But that was months ago.

Rodgers also garnered considerable attention when he was again named the NFL’s most valuable player after this past season, the second year in a row and fourth time overall the Green Bay Packers quarterback has earned the honor.

But that was more than a week ago.

Rodgers’ name also came up quite a bit when reports surfaced that he and actress Shailene Woodley had called off their engagement.

But that was days ago.

So it had been at least several hours since Rodgers had been a trending topic when he took to Instagram on Monday night.

Keep that in mind.

Rodgers did not take part in any of the Packers’ offseason activities last season amid reports he wanted out of Green Bay. In late July, ESPN reported the two sides had come to an agreement that voided the final year of Rodgers’ contract in 2023 and set up the possibility of a trade during the 2022 offseason.

There had been no news on that front since the season ended.

But then Rodgers, seemingly on a whim, decided to go on social media and express “#MondayNightGratitude for some of the incredibly special people in my life, with some pictures from the last beautiful year.”

He wrote: “To my teammates, past and current, you are the icing on the beautiful cake we call our job; football. the friendships that we have will transcend our collective time in this game and I am so thankful for the role that each of you have played in making my life that much better. I love you guys, and cherish the memories we’ve made.”

Maybe he’s expressing appreciation for everyone with whom he’s in the process of breaking up.

Maybe he’s moving on to another team.

Maybe he just wants there to be no hard feelings as he starts a new chapter in his life.

Or maybe, just maybe, he simply wants all the attention the cryptic post has generated (you’re welcome, Aaron Rodgers).

During an appearance Tuesday on “The Pat McAfee Show,” Rodgers addressed the post and said there really was nothing cryptic about it.

“There’s nothing cryptic about gratitude,” he said. “I was going through some old pictures from the last year and felt an intense amount of gratitude for the life that I have and the lessons that I’ve learned and the growth that’s happened over the last year and the people who have been part of that journey.”

He also informed viewers: “There will be no decision on my future today.”