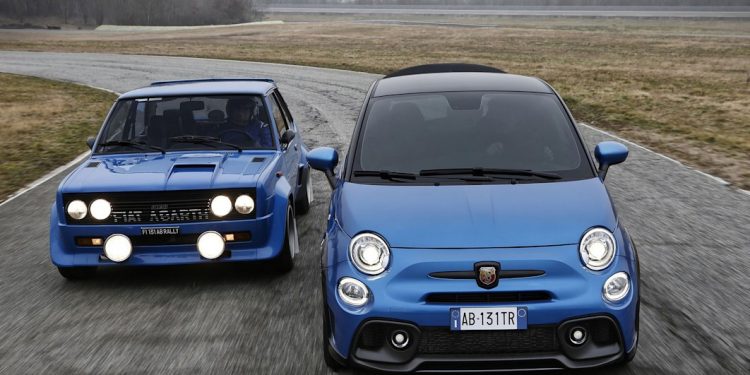 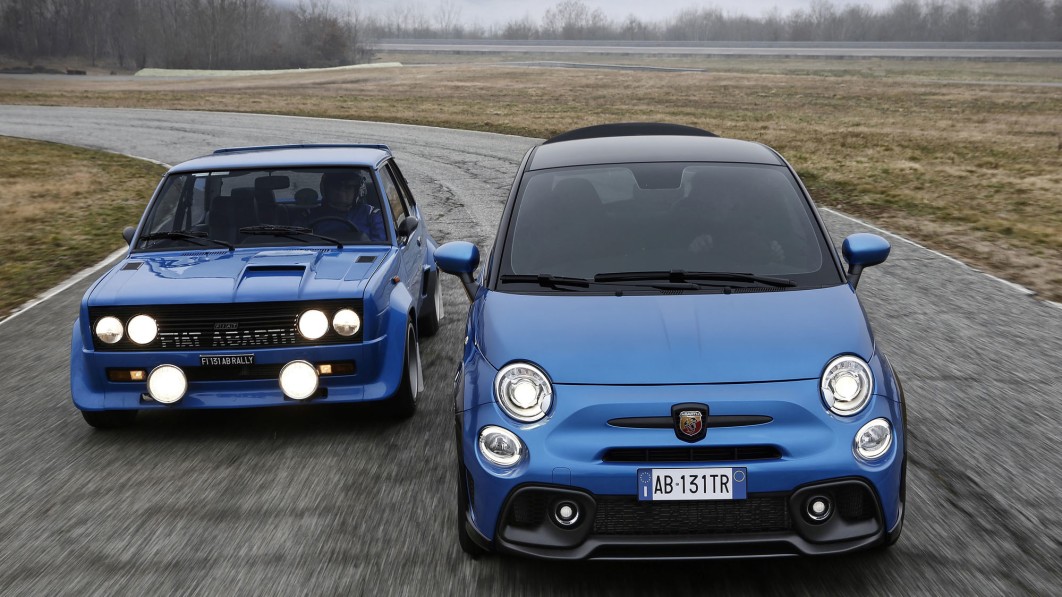 Fiat’s hugely entertaining 500 Abarth left the American market after the 2019 model year, but the plucky hot hatch is alive and well across the pond. It recently spawned a limited-edition model named 695 Tributo 131 Rally that honors Fiat’s past successes on the rallying scene.

It’s all in the name: the Tributo 131 Rally is a tribute to the 131 Abarth, which won the World Rally Championship (WRC) in 1977, 1978 and 1980, and which was driven by highly-respected pilots like Walter Röhrl. The coupe was loosely related to the regular-production 131, which was briefly sold as the Brava in the United States. It’s one of the most emblematic rally cars, and it raced for the last time 40 years ago.

Although it’s not as absurdly eye-catching as some of Abarth’s previous limited-edition model, the 695 Tributo 131 Rally is easy to spot in a parking lot. It gets Blue Rally paint, Scorpion Black accents, an adjustable rear spoiler and 17-inch wheels. You should be able to hear it, too, thanks to a Record Monza Sovrapposto exhaust system. The 131’s boxy silhouette appears on the decals added to both doors.

The black and white treatment continues inside, where Abarth also added Sabelt sport seats, Alcantara upholstery on the dashboard, carbon fiber accents on the steering wheel and an aluminum-look shift knob for the six-speed manual transmission. The 131-shaped logo is found on the front seatbacks and on the passenger-side of the dashboard. Abarth notes that this is its first car with so-called Easter eggs.

Power comes from a 1.4-liter, turbocharged four-cylinder engine. It’s the same basic engine that powered the 500 Abarth when it was sold here, but in this application its output has increased to 180 horsepower and 184 pound-feet of torque. Hitting 60 mph from a stop takes 6.7 seconds according to the firm, and the hatchback keeps accelerating until it reaches 140 mph. If you’re more into winding roads, Abarth added Koni FSD shock absorbers on both axles for sharp handling. A braking system provided by Brembo keeps the power in check.

Just 695 units of the Abarth 695 Tributo 131 Rally will be available worldwide, and it goes without saying that none will make the trip to the United States. Pricing in the United Kingdom starts at £32,325, a figure that represents about $39,900 at the current conversion rate.

Lose Weight Faster With These Calorie-Burning Floor Exercises, Trainer Says — Eat This Not That – Eat This, Not That