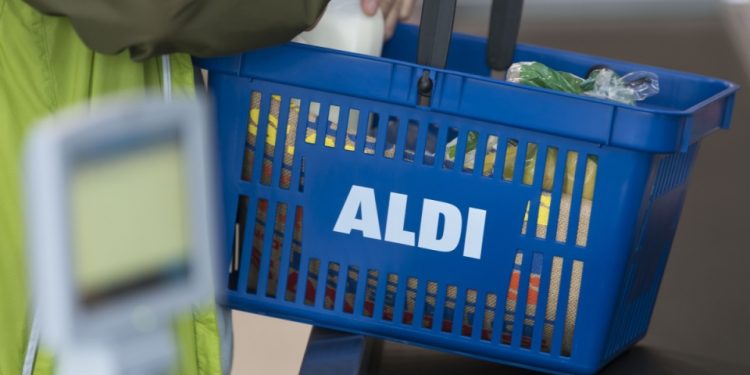 
Discount supermarket chain Aldi has unveiled a major change for its Australian supermarkets – and it’s already proving a winner with its loyal fan base.

The German retailer revealed via social media on Tuesday that it had started providing shopping baskets in its stores nationwide.

“We’re rolling out baskets across all our stores, to help you with your weekly shop and dash in top-ups,” it wrote.

The company elaborated on the reasons for the sudden change in a statement later on Tuesday.

“Customers that come into an Aldi store wanting ‘just one thing’, will know the feeling of wishing they had more hands,” an Aldi spokesperson said.

“We recognise that these customers are looking for greater convenience when they visit our stores … That’s why we’re introducing shopping baskets across all our locations – so our customers can more efficiently load up on goodies (on and off their intended lists) while doing smaller grocery shops.”

The announcement went down well with Aldi’s enthusiastic customers.

“About freakin time! I’m sick of pinching boxes to carry my stuff in,” wrote one.

“Great idea, speaking from experience working there, will definitely be a big help, especially for new customers,” wrote another.

Some reported they had already spotted the new blue baskets at their local supermarket.

“Loving the baskets. Plus they are nice and new and clean looking,” wrote one Aldi shopper.

Others, however, took the opportunity to present their own wish list of future additions. They included smaller (and bigger) trolleys, express checkouts, slower service (yes, really), and more room to pack their groceries.

“Please also roll out hooks on all the trolleys to hang our reusable shopping bags on. Very few of your stores have them,” wrote one wishful customer.

“I love the big trolleys but baskets on wheels with the pull handle are way better … it saves arms,” commented another.

There was even a plaintive complaint from a resident of one long-overlooked state.

“Now they just need to bring Aldi to Tasmania! I miss it so much,” wrote the die-hard fan.

Mercedes aims to cut carbon footprint in half by 2030