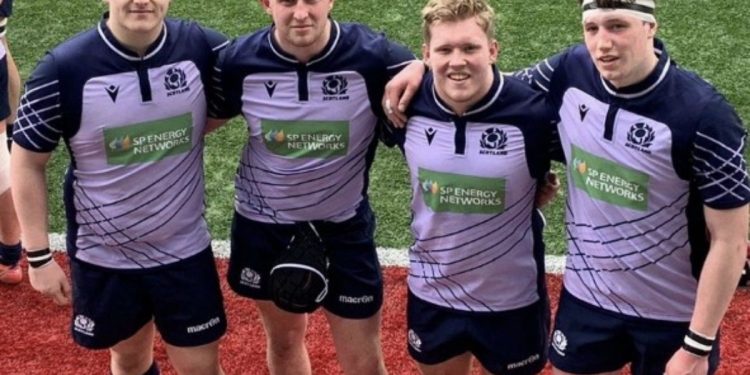 A RISING Ardrossan Academicals rugby star has been performing on a national stage following his selection for Glasgow Warriors under 18’s squad.

Eben Cairns, 18, is a former Largs Academy pupil and only made his first steps into senior rugby this year, after passing a fit to play test.

He said: “Being selected for the Glasgow squad feels incredible.

“As someone who’s loved rugby since I was nine it still amazes me that I have managed to not just get into the Glasgow Warriors u18 squad but also play for them.

“Around September I got an email saying I was invited to training with Glasgow and the West. I then found out the head coach Mark Senter had put me forward for it.

“The games have been at another level. Every game I have played has been a step up from the last.”

After performing for the Glasgow and the west side against Caledonia and Edinburgh, Eben then featured in a match for Scotland Blues against a Welsh national side.

He added: “This was definitely my toughest test so far. The physicality and speed were at a different level, and it was amazing I put in my best performance so far.”

Having also progressed to play for the Accies first team side, Eben admitted it has been a long-term goal of his, and he is loving every minute of it.

He even gets to play with older brother Finlay, in his matches for Ardrossan.

Eben commented: “Playing with my brother is amazing I would say it makes the game better as I’m playing with someone who has coached me as well as give me advice throughout my whole life not just on the rugby field.

“There is a long list of coaches to thank starting with Terry Madigan, who was the first to encourage me to play, through to Mark Senter and my Accies teammates.”

Final Fantasy 14’s next Letter from the Producer Live will be on April Fool’s Day • Eurogamer.net

Final Fantasy 14's next Letter from the Producer Live will be on April Fool's Day • Eurogamer.net